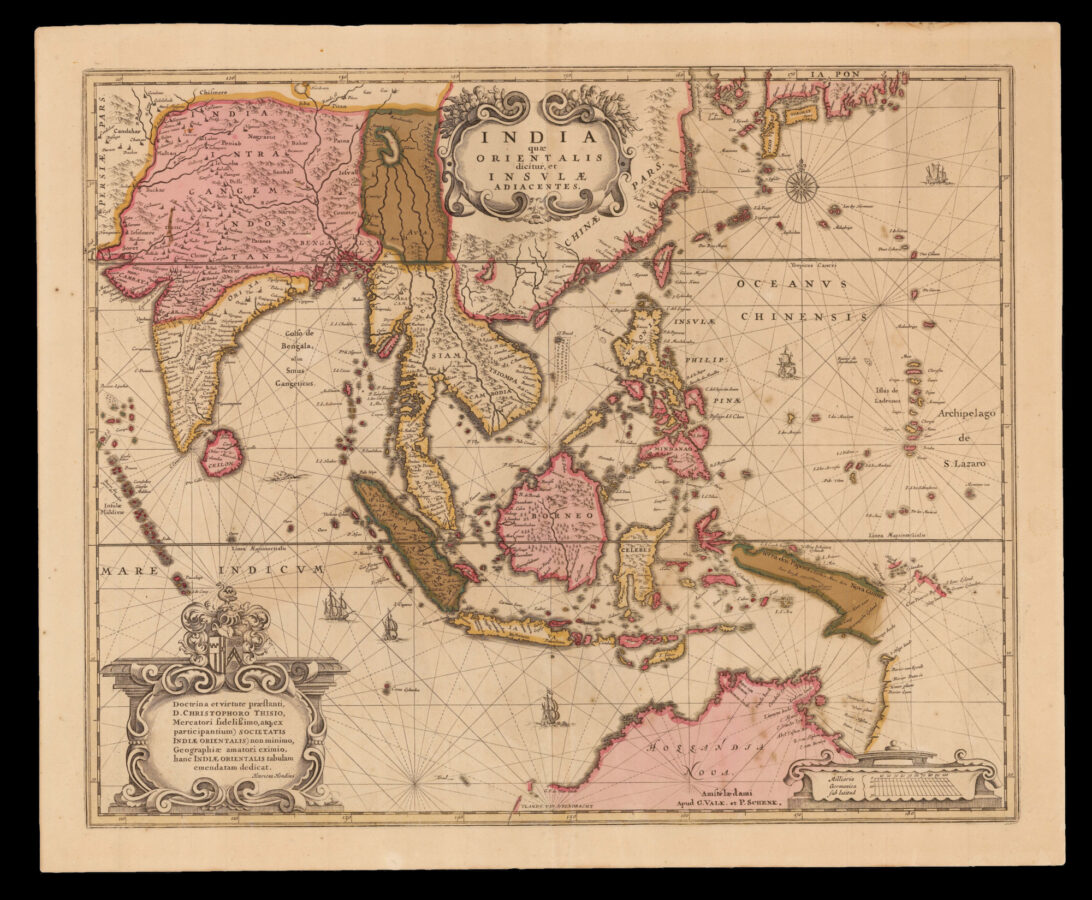 A comprehensive northern coastline of Australia

A comprehensive map of Southeast Asia, extending from Persia to Japan, and south to a well-developed northern Australian coastline, from ​“t’Landt van d’Endracht” in the west to Carpentaria in the east, based on the discoveries of Abel Tasman. It was first published, with an abbreviated northern coastline of Australia, by Henricus Hondius in 1633. Valk and Schenk included their updated version, as here, in their ​‘Atlas contractus sive mapparum geographicarum …’ (c1696).

Johannes Janssonius (1588–1664), was the son of a printer, publisher and bookseller from Arnhem with the same name. In 1612, he married Elizabeth Hondius, daughter of Jodocus Hondius I, and in the same year set up his own publishing house in Amsterdam. When Jodocus I died that same year he began helping Hondius’s widow and two sons (Collette, Jodocus II and Henricus) with the continued publication of the Mercator — Hondius atlas. Unfortunately, in 1621 the Hondius brothers fell out, setting up rival firms. Henricus continued his father’s business with his brother-in-law, Janssonius. By 1629, the Blaeu family were becoming serious rivals to their publishing partnership, so they ​“set about revising the Mercator-Hondius atlas which … had continued unchanged for nearly thirty-five years” (Shirley 336). Janssonius died in 1664, and his heirs continued the business until 1676, when the atlas inventory was sold to Abraham Wolfgang along with some of the copperplates which were later sold on to Schenk and Valk, who, in this case, have updated the cartography and added their own imprint. 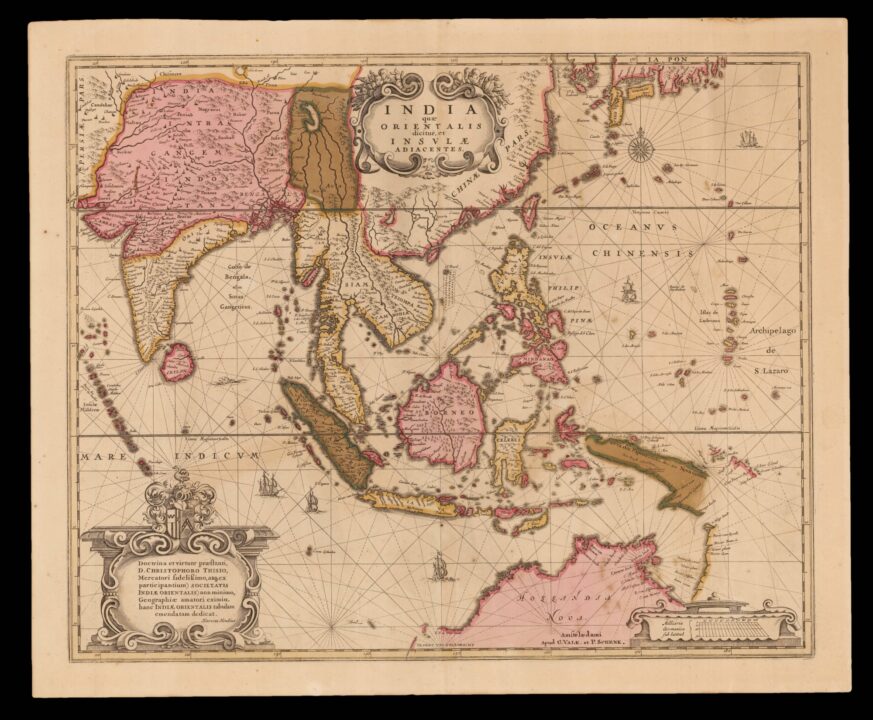