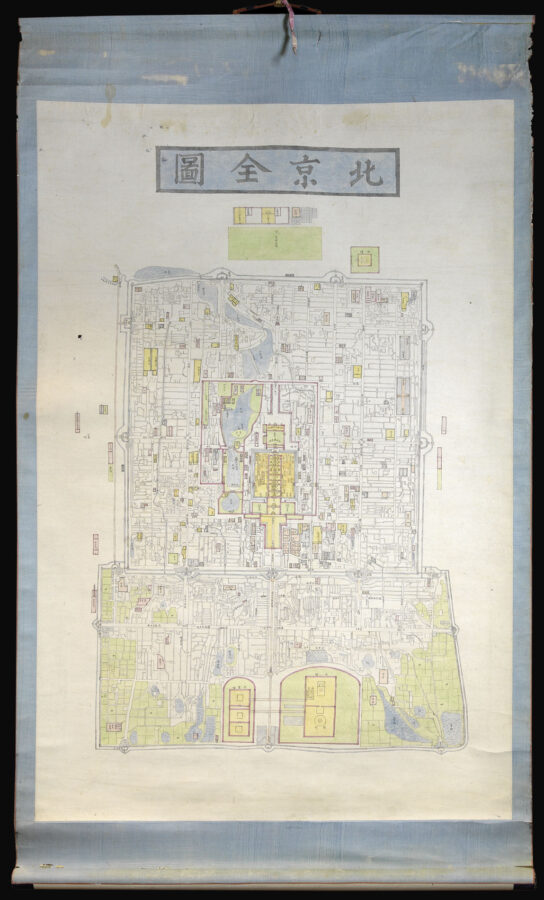 A Chinese plan of the Forbidden City

The present plan depicts the whole of the old walled city of Beijing. At its centre is the Forbidden City, surrounded by a moat; to the left are the vast imperial gardens (now Beihai Park), with the whole imperial complex surrounded by large walls marked in red. Throughout the plan all major public buildings, monuments, and temples are marked, including: The Temple of Heaven, The Temple of Agriculture, The Temple of Earth, The Temples of the Sun, and the Moon, and the Bell Tower, among many others. All the major foreign legations are marked within the legation area. 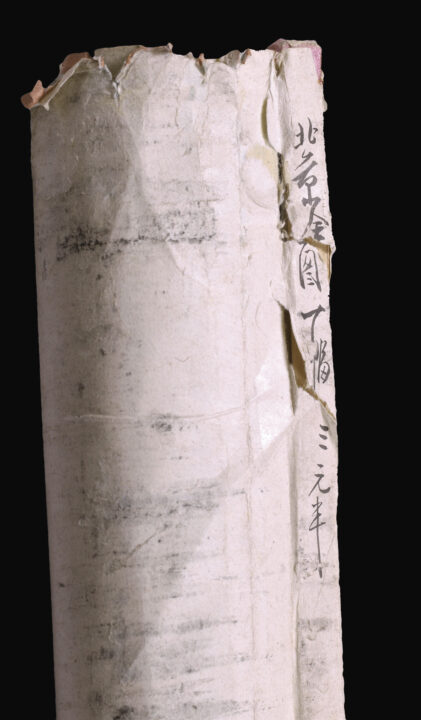