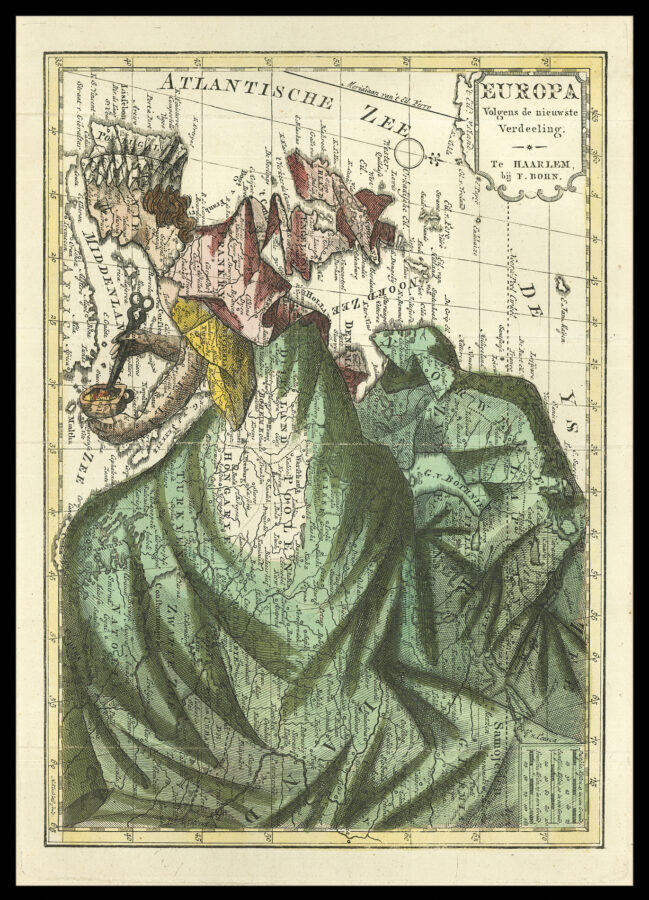 A caricature map of Europe

Uncommon curiosity, depicting Europe as a regal queen but with an interesting twist and political commentary. This anti-Napoleonic image demotes Europa from a virgin-queen to a homely middle-aged housewife. The figure is superimposed over a map that includes a fair amount of detail.
The Iberian peninsula as a head, Italy as her left arm, stirring with her right arm (Corsica and Sardinia) in a pot (Sicily). Her scarf forms Britain, and the rest of the continent is encompassed in her flowing dress.
Published in ​“Boertige reis door Europa”, by A.Fokke.