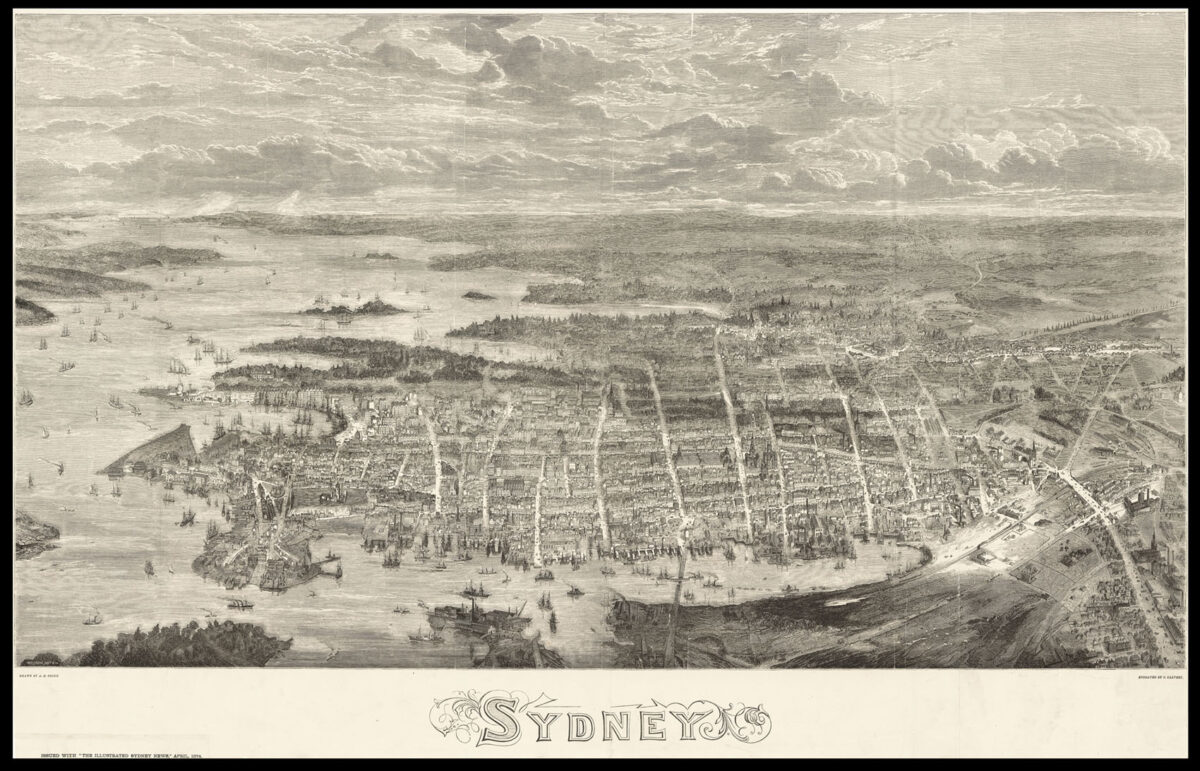 A balloon view of Sydney

The view is from the northwest, what is now the Balmain neighborhood, looking south across Darling Harbour. At Bennelong Point, where the Sydney Opera House was constructed in 1973, can be seen Fort Macquarie, built between 1817 and 1821, and included a battery of guns from the HMS Supply. The fort remained until 1901 when it was demolished to make way for the Fort Macquarie Tram Depot. The Sydney Harbour Bridge, completed in 1932, extends from the triangular promontory of Dawes Point on the lower left, just in front of Bennelong Point, across to Millers Point. Also seen in central Sydney are the Gothic Revival St. Andrews Cathedral, consecrated in 1868, and the Town Hall next to it, which began construction in 1868 and was not completed until 1888.