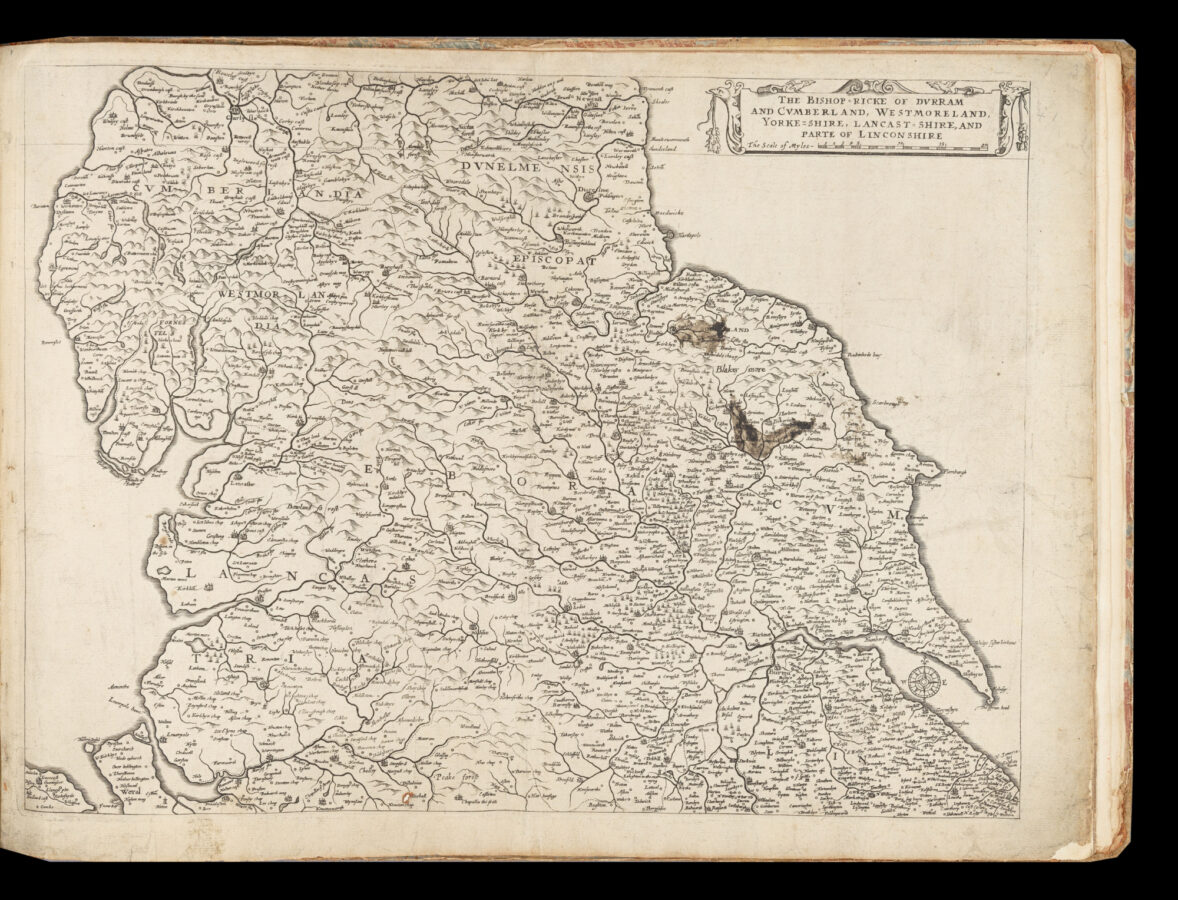 [The kingdome of England & principality of Wales exactly described whith every sheere & the small townes in every one of them : in six mappes, portable for every mans pocket].

During the English Civil War, Parliamentarian publisher Thomas Jenner worked alongside Royalist supporter and newly arrived immigrant Wenceslaus Hollar to produce a detailed map of England and Wales. A reduced version of Christopher Saxton’s 1583 map, it is printed on six sheets, with the western tip of Cornwall printed on a separate smaller piece of paper and glued on. It became known as the ​‘Quartermasters’ Map’,
perhaps because of the importance of this leading military rank during the Civil War, and it has been said to show every town, village, and estate capable of housing a garrison. The extensive title certainly advertises it for such a purpose: ​“Usefull for all Commanders for Quarteringe of Souldiers, and all sorts of Persons, that would be informed where the Armies be; and never so Commodiously drawne before this”. Hollar’s engraved lettering looks better than his spelling!

After the conflict, and with England now a safer place to travel, the title of later editions was amended from ​“portable for every mans pocket” to ​“usefull for all Gentlemen and Travellors and all sorts of Persons that would be Informed of the Distance of Places”. Although towns, villages, rivers, hills, county boundaries and a few important buildings are shown, no roads appear. The map would prove highly influential in English cartography over the subsequent decades.

There is a reference to the map in Pepys’s diary for 9 June 1667: ​“My Lord Barkeley wanting some maps, and Sir W. Coventry recommending the six maps of England that are bound up for the pocket”. 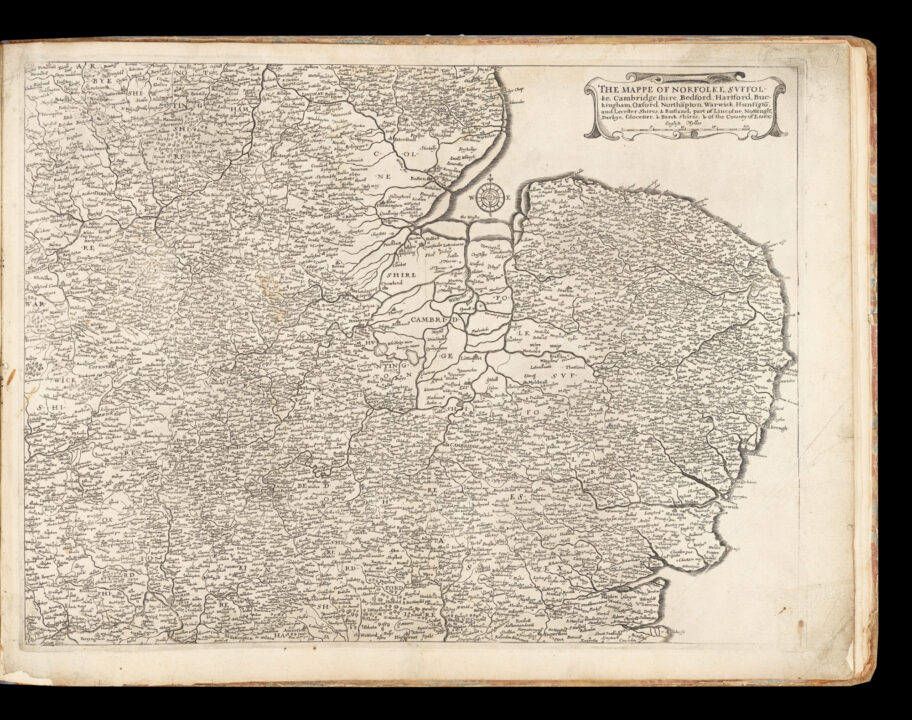 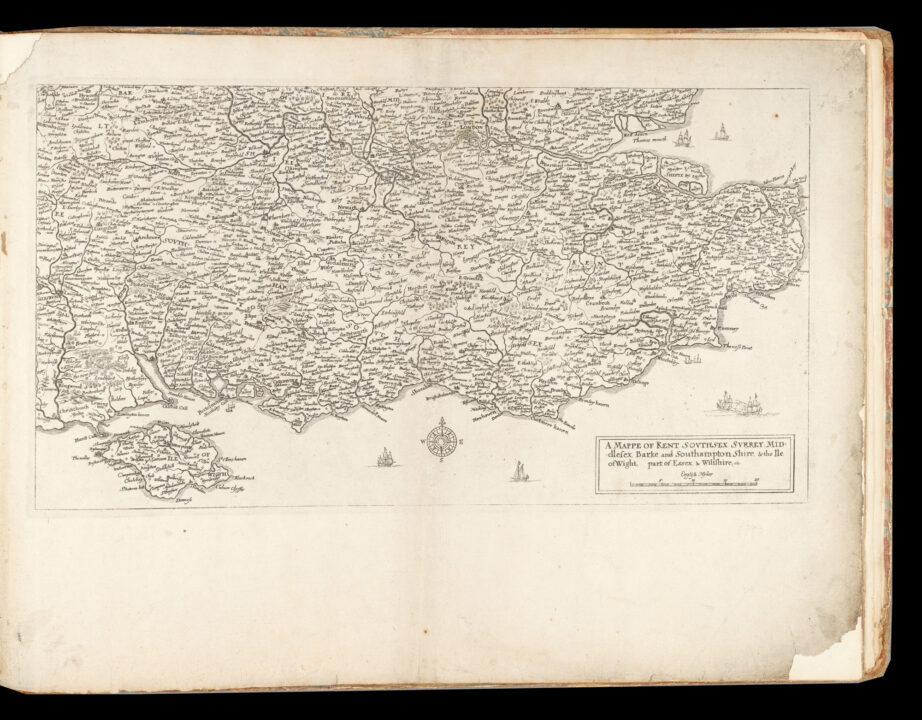 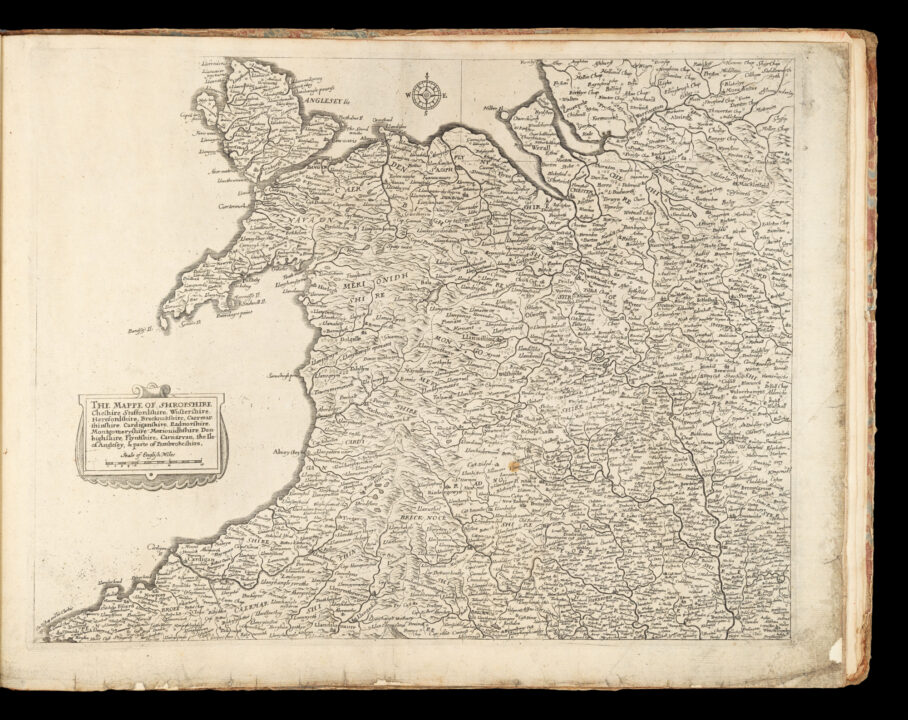 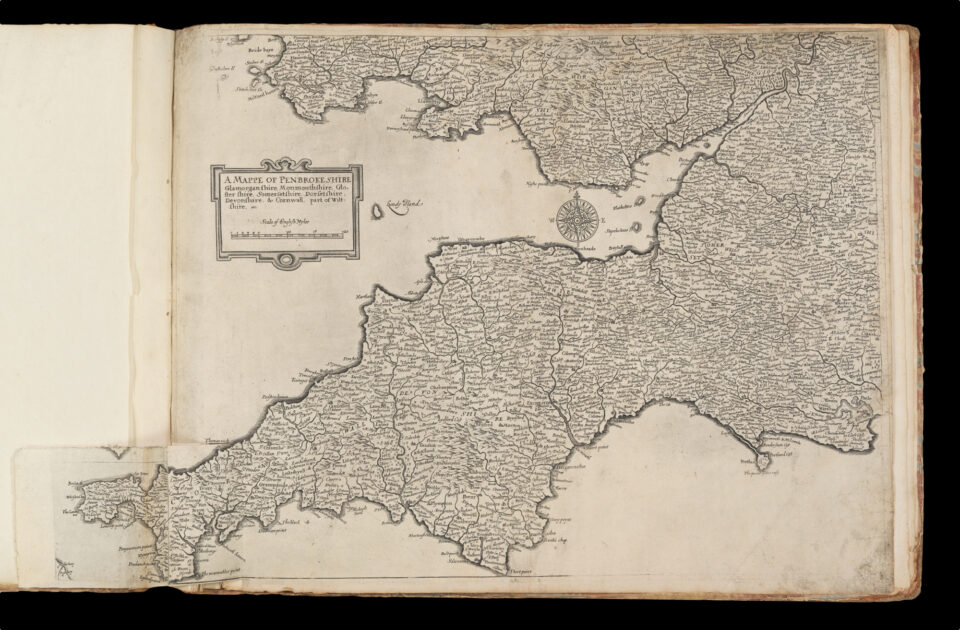 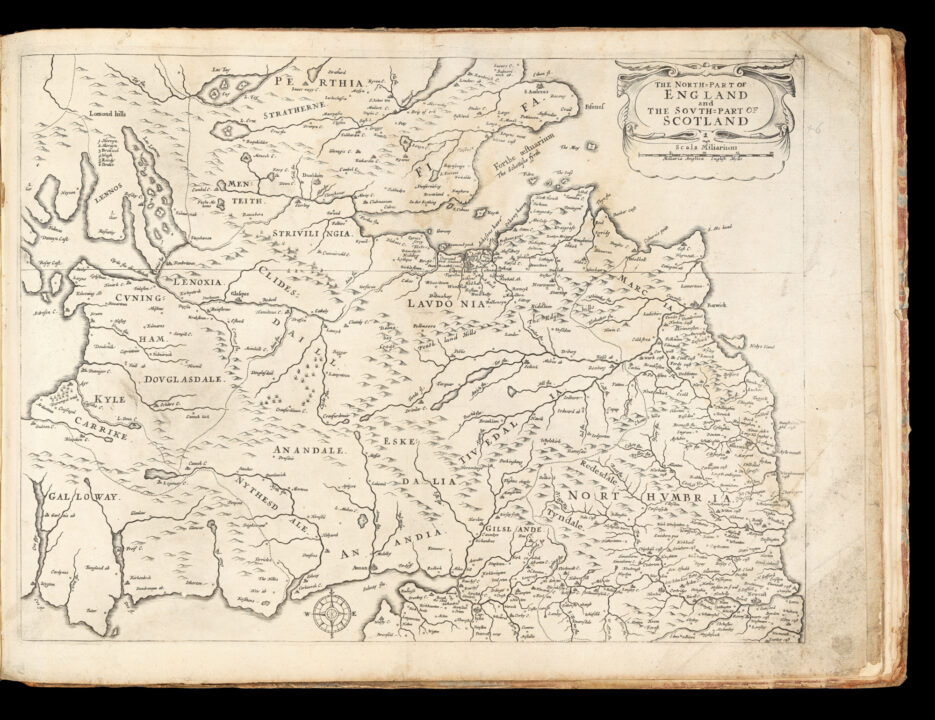