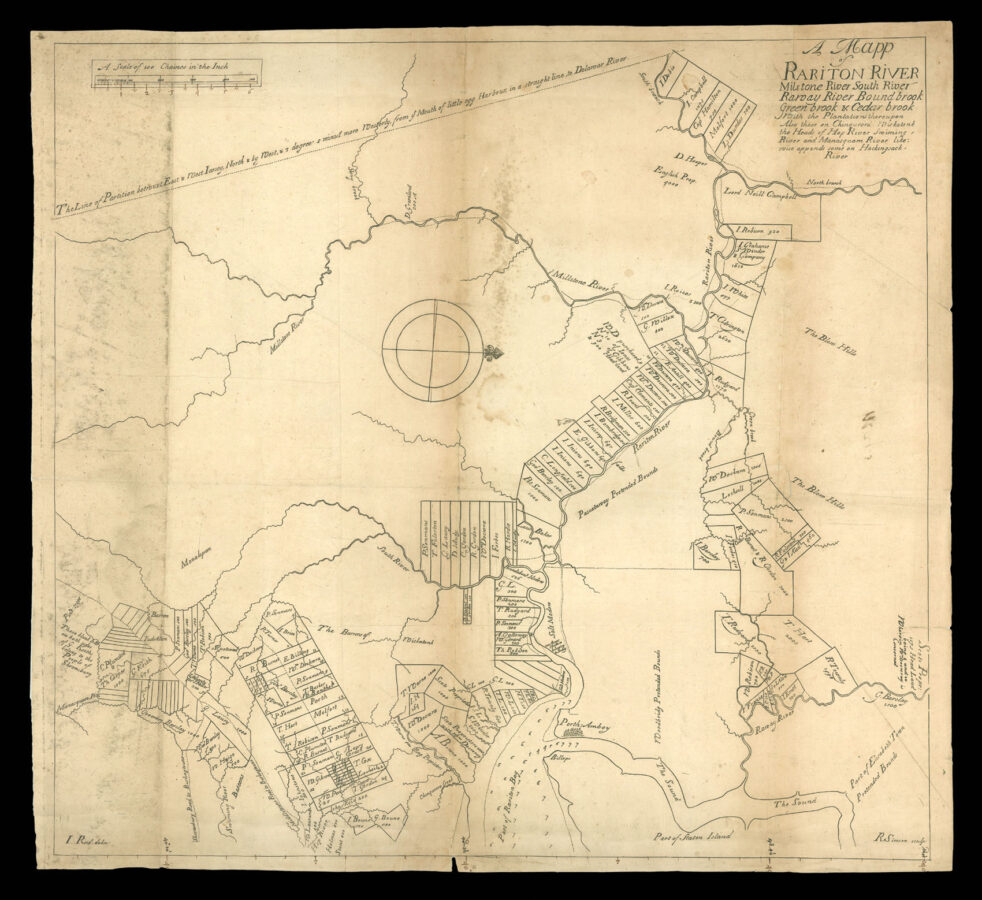 The Quinpartite Deed of 1st July, 1676 divided New Jersey into two parts; this border extended from Little Egg Harbour to the most northerly branch of the Delaware River, at 41 degrees 40 minutes north. The northern border of New Jersey was to run from this point to the Hudson River at 41 degrees north. However, at that point there was no survey made, and it was not until the mid-1680s that the Surveyor-General of East New Jersey, George Keith, and his assistant, John Reid, both Scotsmen, completed the survey, which was published in a general map, and two specific maps (this being one of the latter).

Burden noted ​“Three of Reid’s maps are engraved by an R. Simson of whom nothing is known. … He may have been a Quaker as Penn preferred to employ one of his own religion, and this may well be reason for the poor quality of the engraving” (p. 309). While it has been suggested that the map was engraved in New York, Burden prefers London.

While it highly unlikely that the two are the same man, there is a speculative possibility that they are connected (related) and that the maps could have been engraved and printed in Edinburgh. This would certainly help explain the poor engraving and rarity, even if a deed signed in London on 5th September, 1688, refers to this map as a ​“printed draught of the proprietors lands, surveyed in East-Jersey, and drawn by John Reid, and since printed here” (Burden, p. 309).

In London, William Penn worked with the Quaker bookseller and publisher Andrew Sowle; when Sowle needed assistance with mapping projects, he turned to the London engraver and publisher John Thornton, so Penn did have access (indirectly) to a skilled engraver for the work. It would be a surprise then for a completely unknown engraver to be employed for such an important purpose.