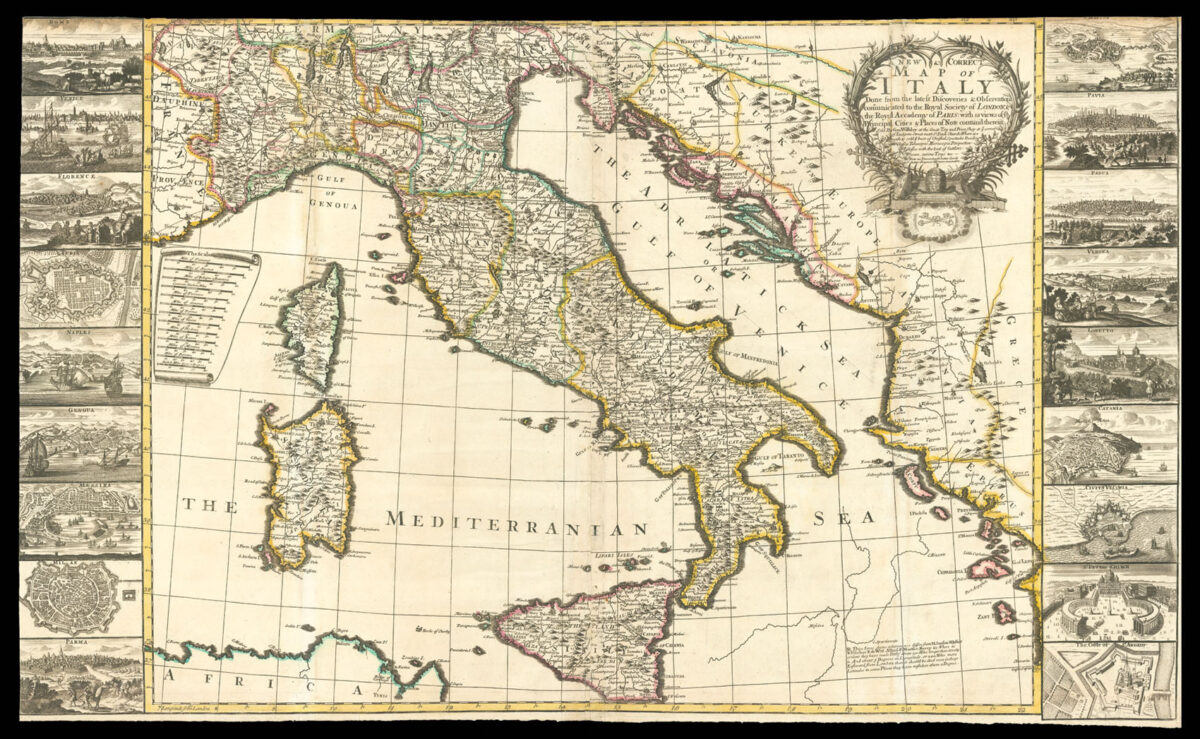 “… they have made Italy above 130 Miles longer than it realy is.”

New & Correct Map of Italy Done from the latest Discoveries and Observations comunicated to the Royal Society of London, & the Royal Academy of Paris: with 18 views of ye Principal Cities & Places of Note containd therein.

A large and decorative map of Italy bordered with city views and plans, also including St Peter’s Church and Castel Sant’Angelo in Rome.

The map is densely packed with the names of regions, cities, towns, islands, as well as topographical details such as mountains, lakes and rivers. It includes part of Provence, Germany, Croatia, Greece and Africa. Between the sole of Italy’s boot and the Greek islands, in the Ionian Sea, are the contour lines of parts of Calabria and Sicily with the note: ​“NB: These lines shews wherein ne differ from M. Sanson . H. Jaillot . N. Vischer . F. de Wit . Allard . P. Mortimer . Berry &c. Where tis evident they have made Italy above 130 Miles longer than it realy is. And about 5 Degrees in Longitude, or 240 Miles more Eastward from London than it should be. And even in theyr Latitudes in some Places they have mistaken above a Degree.“

The map is probably based on the one by Senex, of which Willdey appeared to have acquired the copperplates.

George Willdey (fl.1707–1737) had broad commercial interests; his shop was stocked with all manner of goods and commodities, many of which are listed and illustrated on this map, including snuff, clocks, globes, wallets, lanterns, a camera obscura , and many scientific instruments. However, the cartographic side of his business seems not to have been very successful, and few examples of his maps survive. 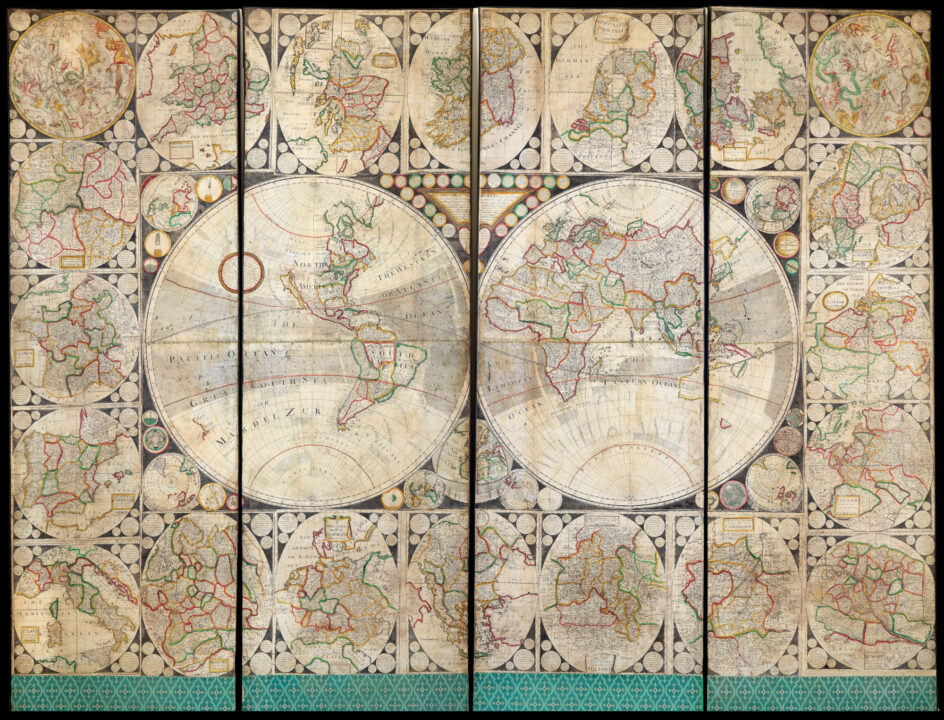