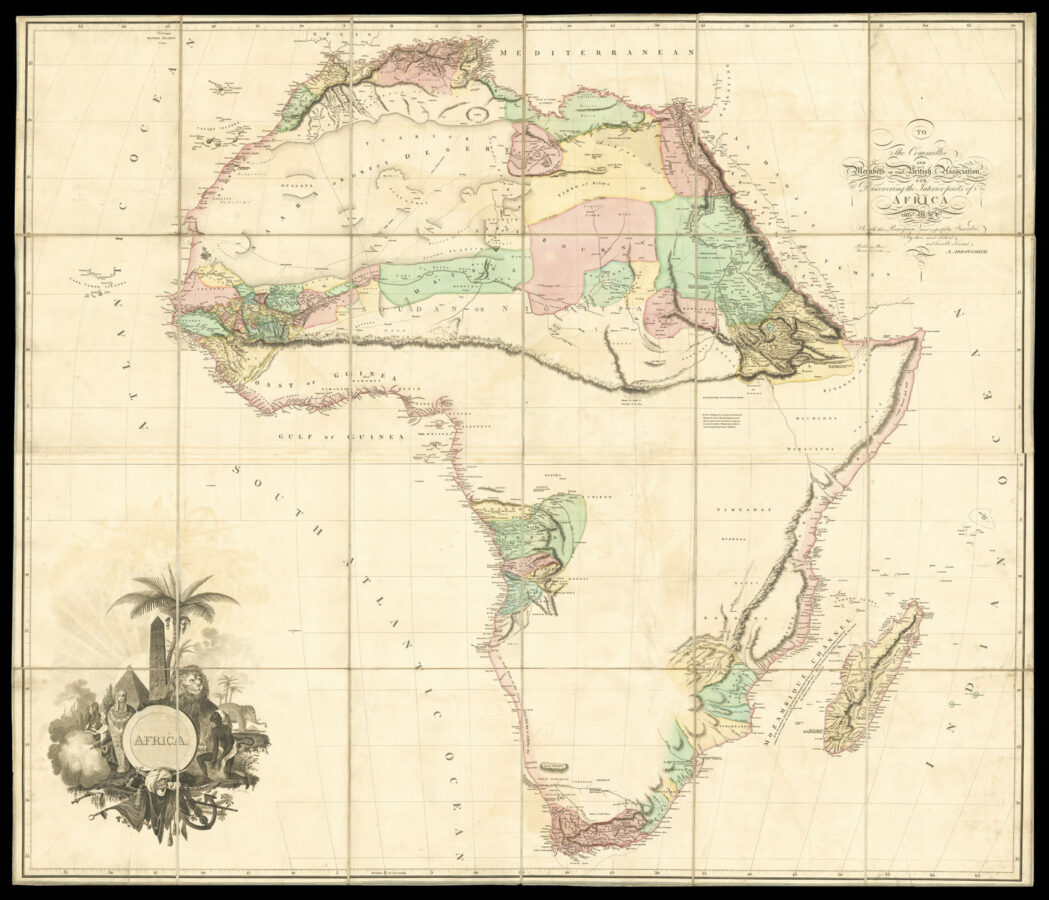 “… one of the greatest maps ever published.”

Africa To the Committee and Members of the British Association for Discovering the Interior Parts of Africa. This Map is with Their Permission most respectfully Inscribed, by their most obedient and humble Servant A. Arrowsmith A. Arrowsmith

A truly groundbreaking map. Arrowsmith, with characteristic attention to detail, describes all the latest discoveries within the interior, as well as alluding to some of the earlier myths. A striking example of this is the vast mountain range running east to west, which Arrowsmith names as the ​“Mountains of Kong” and, further east, the legendary ​“Mountains of the Moon”. However, the most notable feature of the map is the vast unknown interior of the continent, which Arrowsmith has left blank, and which must have been so inviting to the later British explorers of the Upper Nile and Central Africa. Arrowsmith’s Africa is:

”… one of the greatest maps ever published. Arrowsmith simply stripped away centuries of accumulated myth, misconception and unsustainable guesswork, and took the mapping of Africa back to the bare bones of substantiated fact, leaving the interior as a blank canvas, a challenge to a new generation of explorers. As a picture, many of his predecessors of a century earlier would not have thought of publishing it, as a statement of intent it raised the standard for geographical accuracy above that practised by the vast majority of his contemporaries” (Mapforum, 2005, Issue 5, p.23) 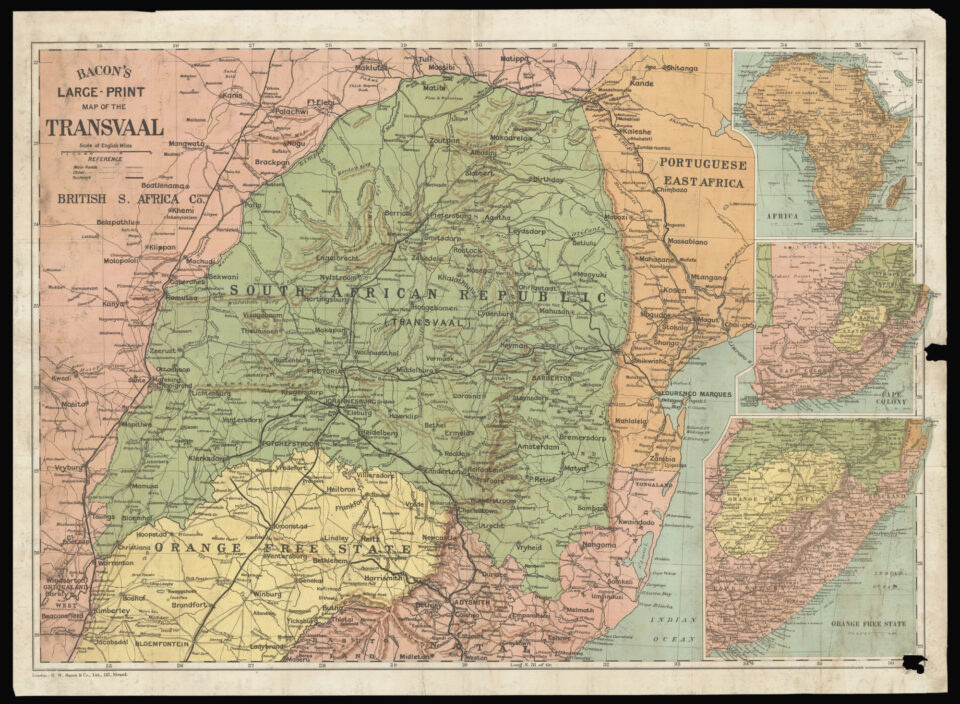