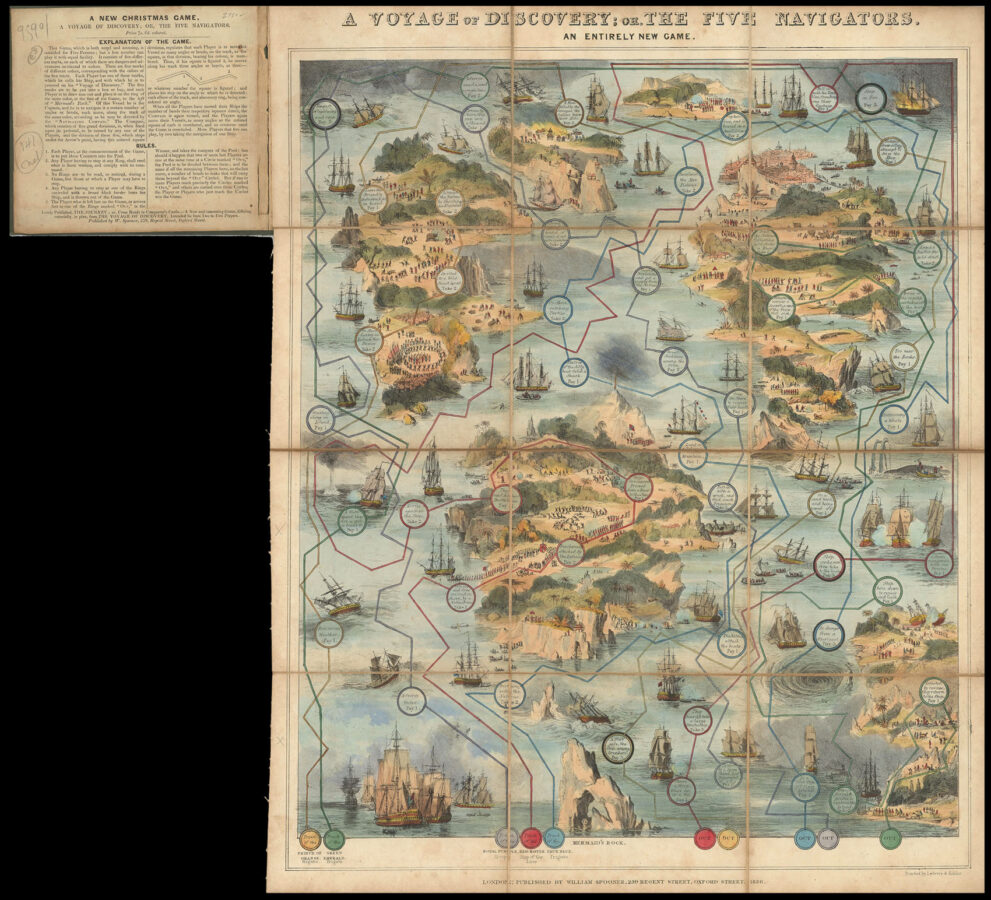 ” … an ingenious game, which … affords such amusement and instruction to our youthful friends … ”

A Voyage of Discovery ; or, the Five Navigators. An Entirely New Game.

The five players of the game begin at the Mermaids Rock, each following their own tract, with the aid of the ​“Navigating Compass — a dial which is spun each turn to ascertain how far each player can move his vessel. Along their journey through the imaginary archipelago the players will — amoung other things — meet friendly and not so friendly natives, do battle with pirates, catch turtles on the beach, be sucked into whirlpools and dashed on rocks, harpoon a whale, and barter for gold dust. The eventual winner being the player that lands on the ​‘Out’ square first.

The game gained a mention in the December 5th issue of The Court Journal of 1835:

​“A New Christmas game entitled, ​‘A Voyage of Discovery, or the Five Navigators’, has just been published by Mr Spooner of Regent Street. It is an ingenious game, which can be played by two, three, four or five persons; and afford such amusement and instruction to our youthful friends, who feel inclined to follow the tracts of the five navigators. The elegant manner in which it is got up, the ingenuity of the design, and its extreme cheapness, will no doubt procure for it an extensive circulation.”