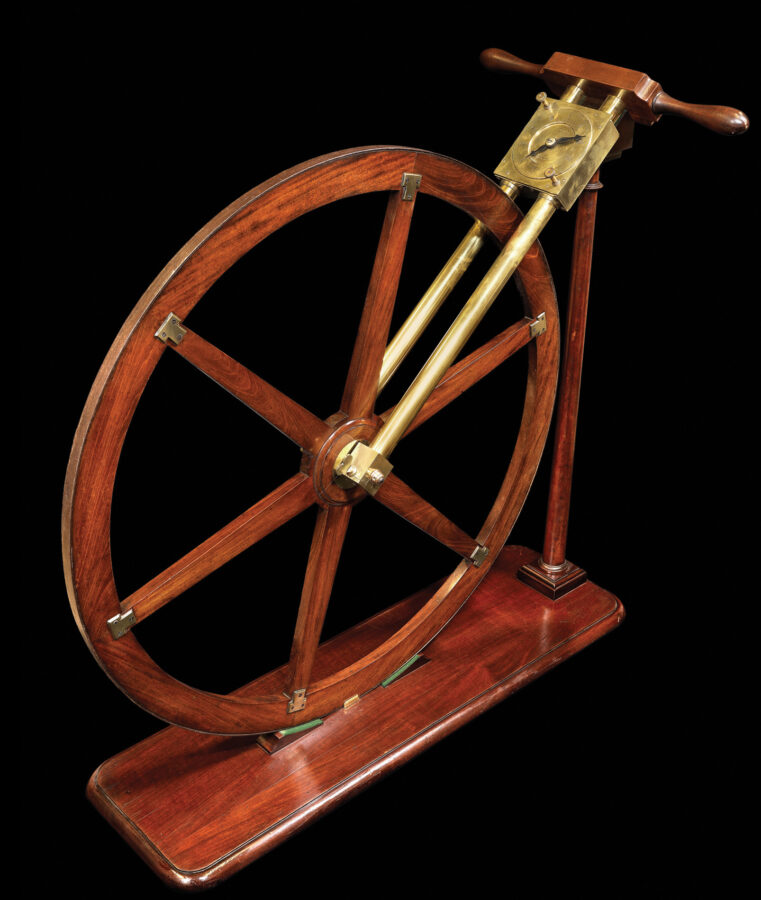 The origins of mechanically measuring and recording distance can be traced speculatively to 336–323 BC when Alexander the Great employed bematists for his campaign into Asia. As Donald W. Engels theorises, the accuracy of the measurements implies that the bematists used a sophisticated mechanical device for measuring distances, undoubtedly an odometer such as the one described by Heron of Alexandria.

The reintroduction of this process in the seventeenth century, with the development of the waywiser, accounted for an influx of cartographic accuracy, and paved the way for the large-scale surveys of the eighteenth and nineteenth centuries. Each revolution of the wheel measured a set distance, while a counter kept track of the number of revolutions, thus allowing the surveyor to walk from one place to another and gain an accurate measurement of the distance in between.

C.W. Dixey & Sons was first established by William Fraser in 1777 as an optical and mathematical instrument company. Fraser’s talent was recognised by King George III of England and Royal Warrants and commissions followed. However, the business declined when an assistant, Mr Grice, used the premises as a gambling den.

It was rescued in 1824 when Charles Wastell Dixey and his uncle acquired the business. Over the next century the family proudly served as optician to the monarchs of England and created one of London’s most distinguished companies.