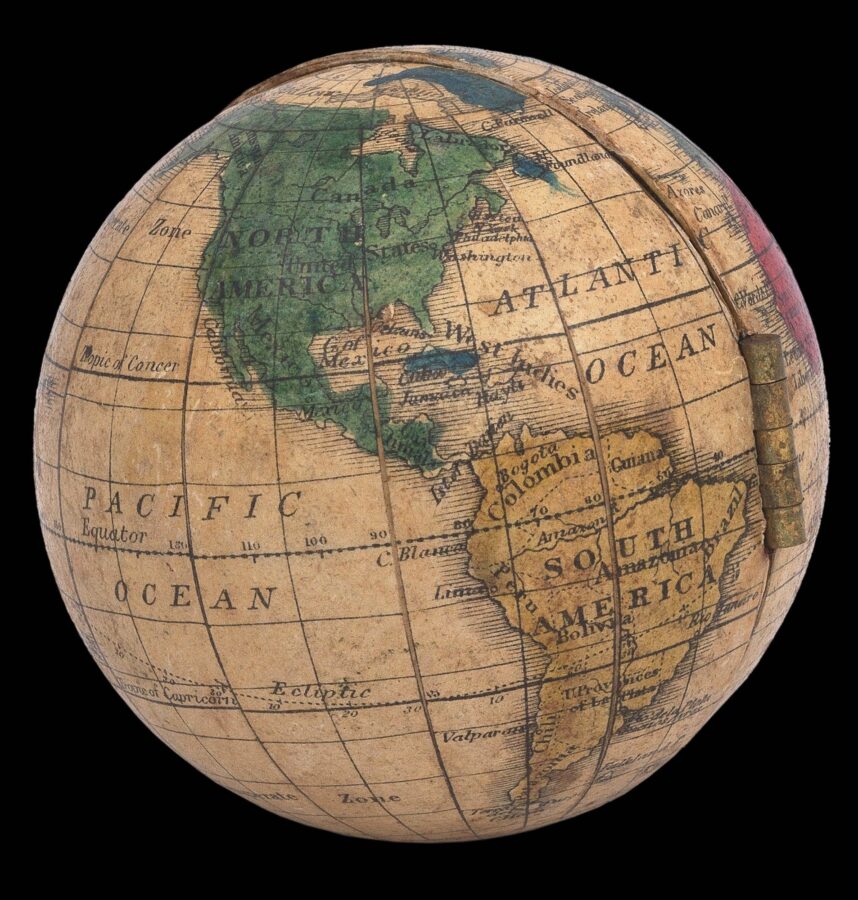 The world is round… and flat

Biography
The Holbrook Apparatus Mfg. Co. had its antecedents in the globe business started by Josiah Holbrook in Connecticut in the 1830s. Josiah’s sons, Alfred and Dwight, followed their father’s lead with the establishment of a Lyceum Village in Berea, Ohio in the 1840s, where students gathered to learn and to assist in globe production for Holbrook & Co.

Dwight moved the company to Hartford, Connecticut after Josiah’s death and carried on the company under the name Holbrook Apparatus Mfg. Co and The Holbrook School Apparatus Co. Although the office was based in Hartford, most of the manufacturing happened in Wethersfield, Connecticut from 1854 to take advantage of local convict labour under the ​“Auburn System” of prison administration. The firm began producing an innovative hinged globe in both 76 and 127mm (3 and 5 inch) models. The firm received a massive order of 11,000 globes for the Ohio School System in 1855 to be used across the state, and by 1860, more than a third of Connecticut schools had Holbrook globes in the classroom for their students.

The firm was continued by family descendant Charles Holbrook in Chicago in the later part of the nineteenth century.

Geography
As the globes were meant to be educational guides for children, the cartography is very simple, showing oceans, continents, and a few major rivers. Some countries and cities are labelled, and some national borders indicated by dotted lines. The oceans are cream in colour, with the continents coloured in red, green, blue and yellow. The equator, Tropics of Cancer and Capricorn, and the Arctic and Antarctic Circles are present on both the outer and inner maps. The poles are labelled, as are the Torrid Zone on either side of the Equator, Northern and Southern Temperate Zones, and Northern and Southern Frigid Zones. On the globe Alaska is labelled as ​“Russian America”.

The double-hemisphere world map within the hinged globe shares much of the same cartography as that on the globe gores, and was clearly designed to instruct children on the relationship between the earth on the globe and the flat hemispheric maps seen in school atlases. 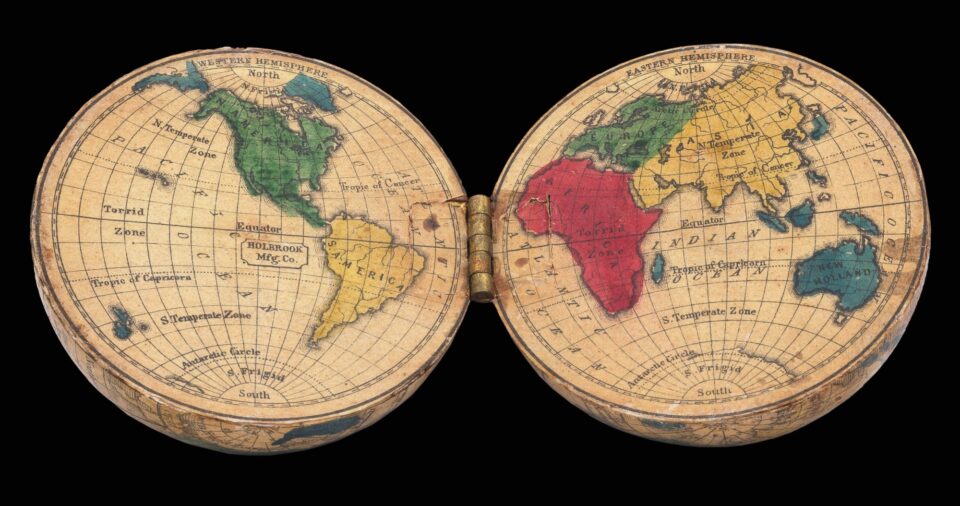