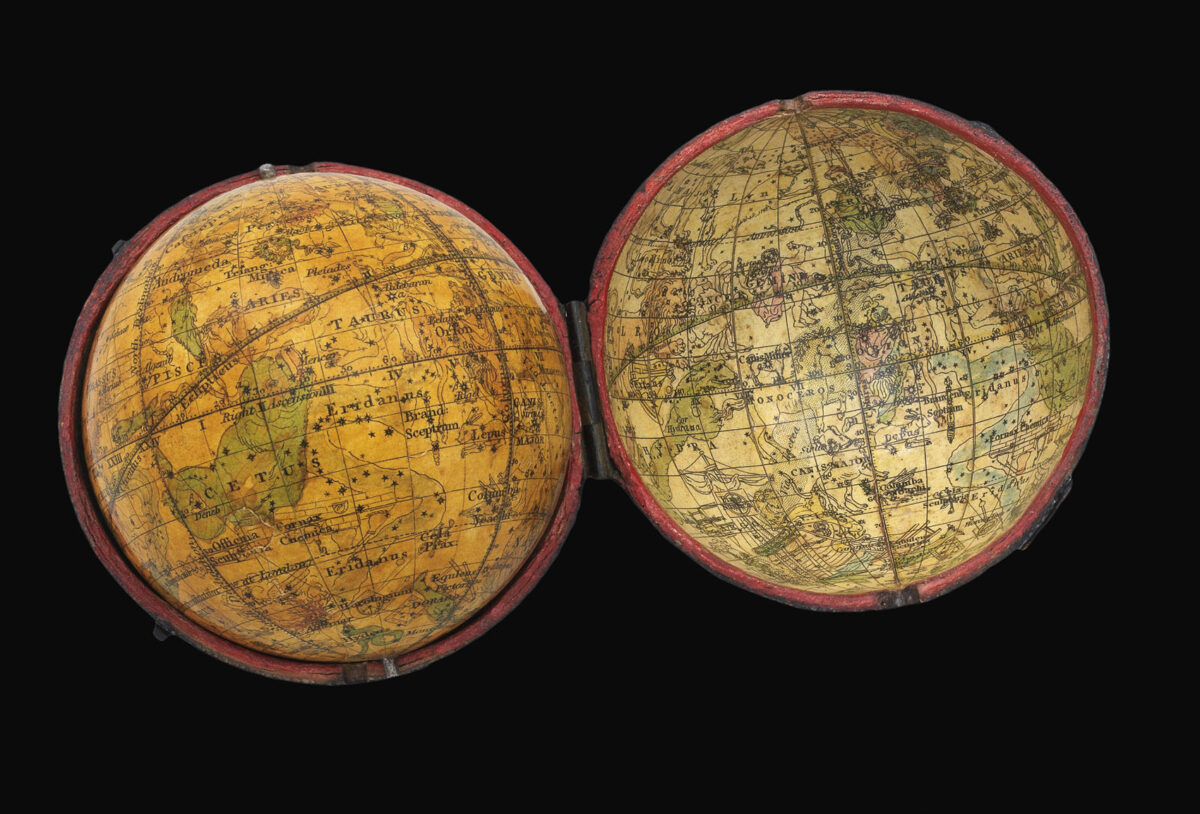 The world in your pocket

Biography
John Newton (1759–1844) was trained by Thomas Bateman (fl1754-81), who had previously been apprenticed to Nathaniel Hill. Newton’s first globe was a revised edition of Hill’s 1754 pocket globe, which he published in 1783 in association with William Palmer. The partnership dissolved shortly after, and Newton continued to publish the pocket globe under his own name. John’s second son William Newton (1786–1861) joined the firm between 1814–1816, which traded under the name J. & W. Newton. In the same year the firm produced a new series of globes, including a new pocket globe.

By the 1830s the firm was also active as a patent agent, and was joined by Miles Berry, a civil engineer and patent agent, after which the firm was known as Newton, Berry & Son. In 1842, William’s eldest son, William Edward Newton (1818–1879), joined the business, followed by his brother Alfred Vincent Newton (1821–1900). The firm became known as W. Newton & Son, or once again, on the death of William, as simply Newton & Son from 1861 until about 1883. Perhaps the greatest triumph for the Newton family was the Great Exhibition of 1851, where, aside from the globes they exhibited from 1 to 25 inches in diameter, they were awarded a prize medal for a manuscript terrestrial globe of six feet in diameter.

Geography
In North America, Alaska is marked ​“Russian Territory”, denoting the success of the Russian-American Company’s colony, which was set up in 1799, to hunt sea otters for their fur. To the west of Alaska the Bering Straits are now named.

The results of the multiple voyages of the British explorer William Parry in the Arctic throughout the 1820s are shown. He explored throughout the area and wintered on the ice on two separate occasions, avoiding scurvy among his crew by growing mustard and cress in his cabin. In 1827 Parry broke the record for the furthest exploration north — a higher latitude would not be reached for 49 years. The tentative coastlines shown were named by him ​“North Georgia” and ​“Melville Land” for George III and Robert Dundas, 2nd Viscount Melville and First Lord of the Admiralty.

Interestingly, in Australia, Newton has named the continent both ​“New Holland” and ​“Australia”. New South Wales and Sydney are marked. Geographical features include the Swan River, the Gulf of St. Vincent as named by Matthew Flinders, and Halifax Bay. Further south in the Antarctic Circle are Alexander Island ​“Alexander 1st I.” and Peter 1st Island ​“Peter 1st I.”. The islands were discovered in 1821 by a Russian expedition under Fabian Gottlieb von Bellingshausen, who named them for the reigning Tsar of Russia and Peter the Great. Von Bellinghausen was the second person to circumnavigate Antarctica, disproving James Cook’s theory that there was no land at the south pole, and the first Russian to circumnavigate the world. 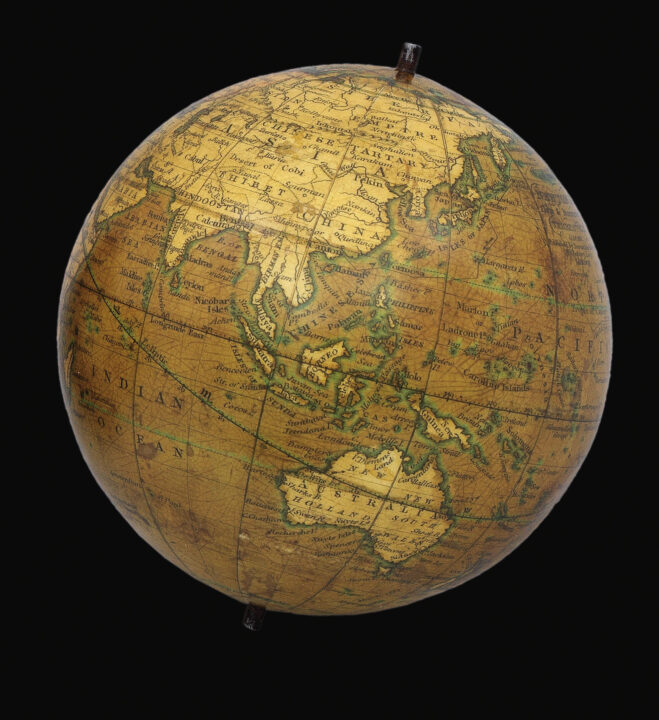 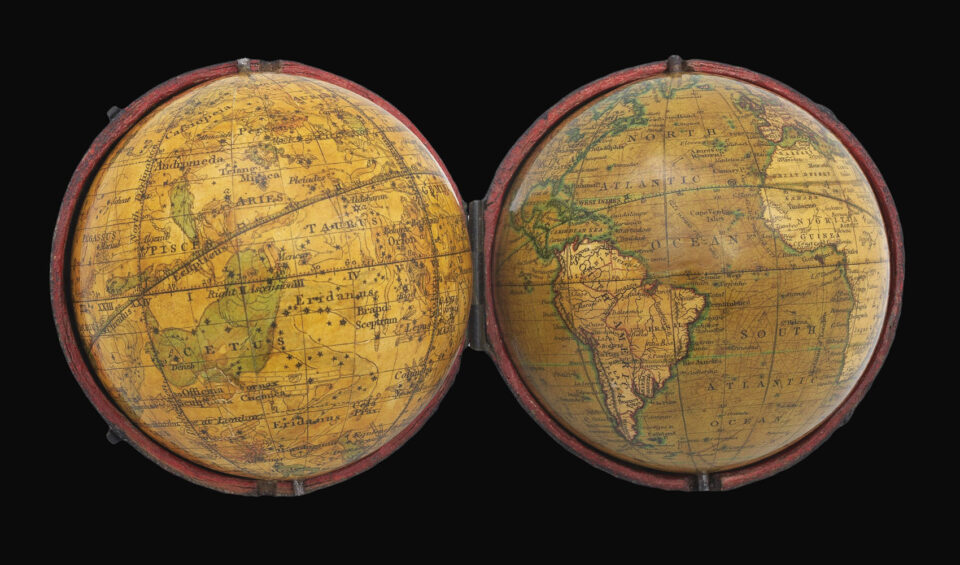 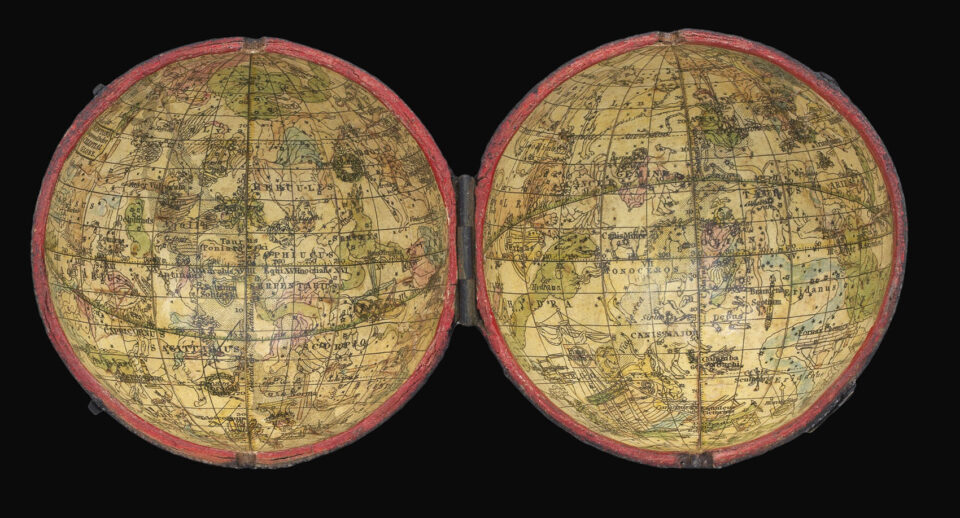