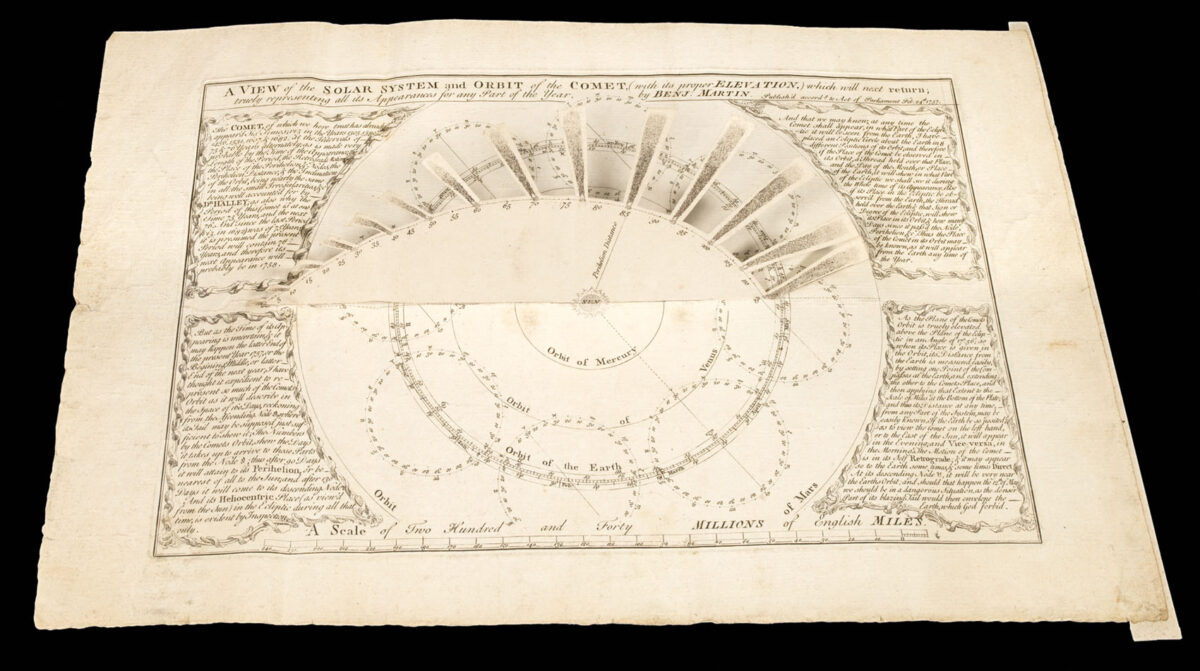 The transit of Halley’s comet in 1758

A View of the Solar System and Orbit of the Comet, (with its proper Elevation,) which will next return; truely representing all its Appearances for any Part of the Year.

The instrument shows the probable transit of Halley’s comet in 1758.

The plane of the comet, with the various comet tails, can be tilted at an angle above the ecliptic plane in order to simulate the inclination of the cometary orbit. At the end of the accompanying text, Martin warns: ​“At its descending Node, it will be very near the Earths Orbit; and should that happen the 12th of May we should be in a dangerous Situation, as the denser Part of its blazing Tail would then envelope the Earth, which God forbid.“

Edmond Halley, in his 1705 ​‘Synopsis of the Astronomy of Comets’, used Newton’s Laws to calculate the effects of the gravitational pull of Jupiter and Saturn of cometary bodies. He calculated that the comet of 1682 was the same as those observed by Petrus Apianus in 1531 and Johannes Kepler in 1607, returning every 76 years. Halley correctly predicted its return for 1758, although it was not spotted until 25 December 1758, and did not pass through its perihelion until 13 March 1759 on account of the aforementioned gravitational pull.