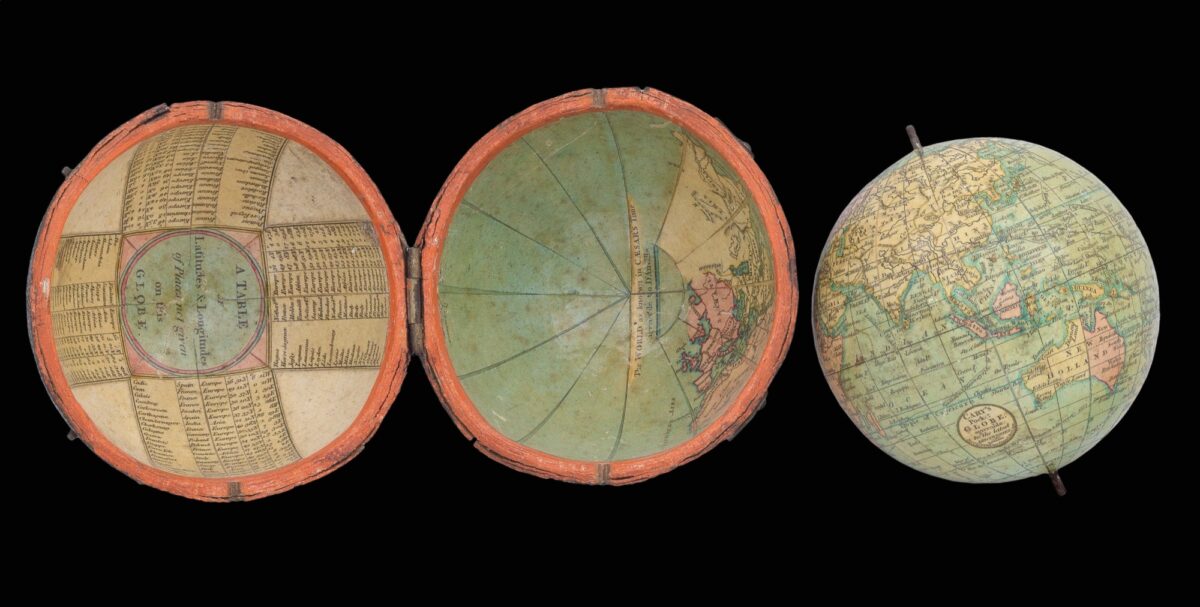 The three voyages of Cook

Biography
The Cary dynasty of globemakers was founded in the late eighteenth century by John Cary (1755–1835). The son of a Wiltshire maltster, Cary was apprenticed to William Palmer and became freeman in 1778. The first globes by Cary were advertised in the ​‘Traveller’s Companion’ in January 1791. The advertisement mentions that his globes were made from ​“entire new plates”. This feature was significant as it was common for publishers to buy or inherit copper plates for gores and alter them rather than go to the expense of creating new ones. The advert also highlighted that the globe contained ​“the new Discoveries, & the Tracks of the different Circumnavigators”.

The address of the company at this time was 181 the Strand, and it was known as J & W Cary, to recognize the contribution of John’s brother William (1759–1825).

Geography
William himself was primarily an optician and nautical instrument maker, having been apprenticed to Jesse Ramsden and had his own premises further down the Strand at Nos. 272 and 182. In his advert Cary was keen to stress that his pocket globe contained ​“the new Discoveries, & the Tracks of the different Circumnavigators”. All three of Captain James Cook’s voyages are marked. The first, from 1768–1771 when he commanded the HMB Endeavour, reached Australia and circumnavigated New Zealand. He discovered the Endeavour Strait (marked on the globe) in 1770 between the Australian mainland and Prince of Wales Island and named it after his ship. Botany Bay also appears, named for the specimens found there by Sir Joseph Banks, the naturalist who sailed with Cook. The second voyage, from 1772–1775 when he commanded the HMSs Resolution, reached the Arctic Circle. His third and final voyage from 1776–1779, with HMS Resolution and Discovery, made Cook the first European to have formal contact with the Hawaiian islands in 1778; it was also where he died after a confrontation with natives, commemorated with the inscription ​“Owhyee where Cook was killed”.

Terrestrial Map
This pocket globe is unusual in showing the world in antiquity rather than the typical celestial sphere on the inside of the case. One hemisphere shows ​“The World as known in Caesar’s Time/​agreeable to D’Anville”. These landforms only occupy a quarter of the sphere. The other hemisphere shows ​“A Table of Latitudes & Longitudes of Places not given on this Globe”.