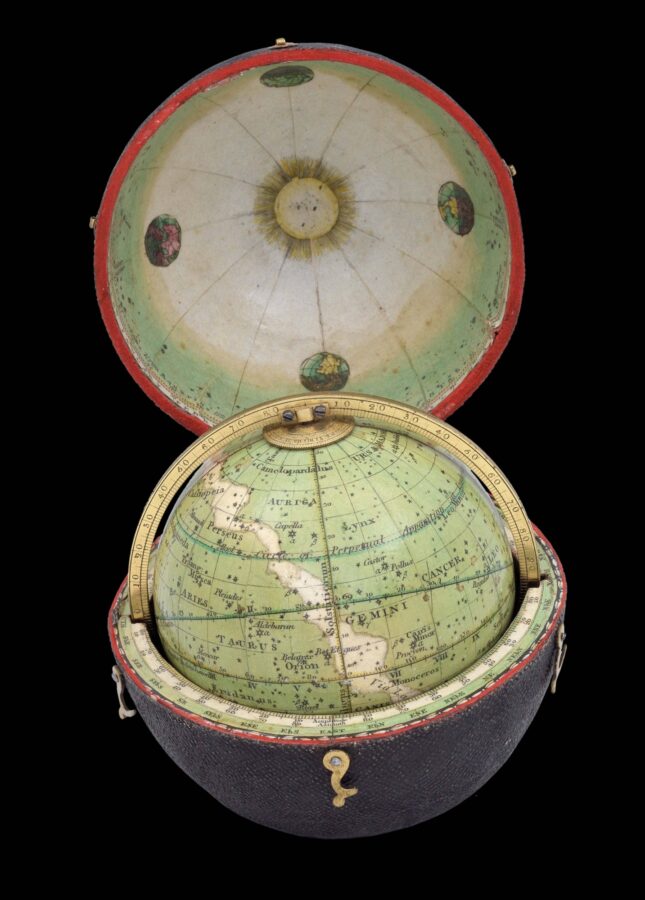 An example of Newton’s celestial pocket globe held within a bronze meridian ring.

Astronomy
The globe identifies the stars, the signs of the zodiac and the 48 Ptolemaic constellations, along with several non-Ptolemaic constellations. These are not illustrated with figures, however, but simply labelled with their name. The solstices and equinoxes are marked, and other important astronomical bodies are also labelled, including the Milky Way ​“Via Lactea”.

The globe itself is held within a bronze meridian ring. This allows the globe to be positioned at an angle, mimicking the earth’s axial tilt and giving the viewer a better understanding of the position of the constellations from a terrestrial viewpoint.

The lid of the globe contains an astronomical calendar around the rim, with the signs of the zodiac represented in constellation form over the appropriate months. The gores on the lid have been cleverly engraved with rays so that the calotte pasted to the centre looks like the sun. Four small pictures of the earth have been pasted in around the lid to show how shadow passes across the planet during its daily rotation.
/