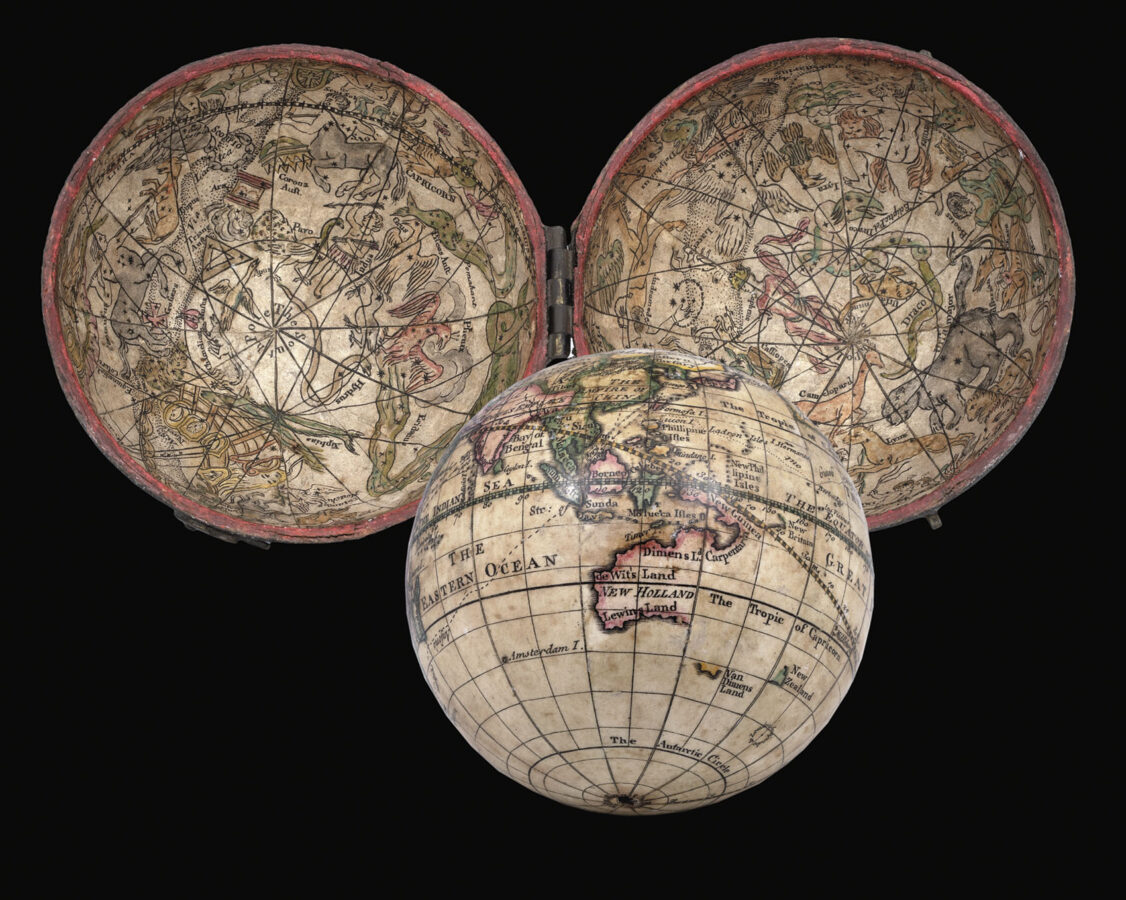 A New Globe of the Earth.

Biography
James Ferguson (1710–1776) was a Scottish autodidact who settled in London after a peripatetic life involving spells as a shepherd, miller, engineer, astronomer and lecturer. In his autobiography, he claims that, at the age of 20, he ​“made a globe in three weeks at my father’s, having turned the ball thereof out of a piece of wood, which ball I covered with paper, and delineated a map of the world upon it—made the meridian ring and horizon of wood—covered them with paper, and graduated them” (Ferguson, p.21). In 1755, he purchased the vast majority of the plates and instruments previously owned by John Senex, a leading producer of pocket globe. Ferguson subsequently designed his own pocket globe and produced several editions, but in 1757 he sold his business to Benjamin Martin, overwhelmed by his numerous responsibilities. Ferguson is most widely- known as a remarkable example of self-education, and for his production of scientific instruments and apparatus, notably orreries.

Geography
Although Ferguson acquired Senex’s copper plates for globes, he did not have those for the smallest 76mm (3 inch) globes and therefore the cartography is his own. The globe features a myriad of details, including notations of the Great Wall of China and the monsoons of the Indian Sea. Australia and New Zealand are drawn according to the Dutch discoveries. The countries are distinguished by colour outline, and within them are shown some significant geographical details, such as rivers and deserts. A broken line wending its way around the world represents the voyage of George Anson, who circumnavigated the globe in the early 1740s. In some areas, the territorial geography is lacking, with California drawn as a peninsula, and the antipodes, taken from Dutch surveys, missing large parts of their coastlines.

Below the title cartouche, ​“J. Mynde” is identified as the engraver. James Mynde also engraved Ferguson’s ​‘Astronomical Rotula’ and his armillary
trigonometer. 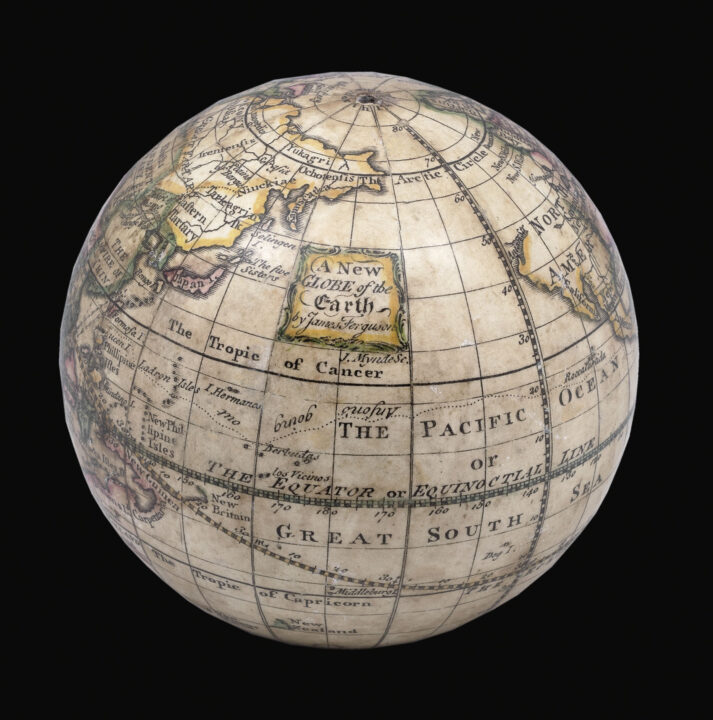 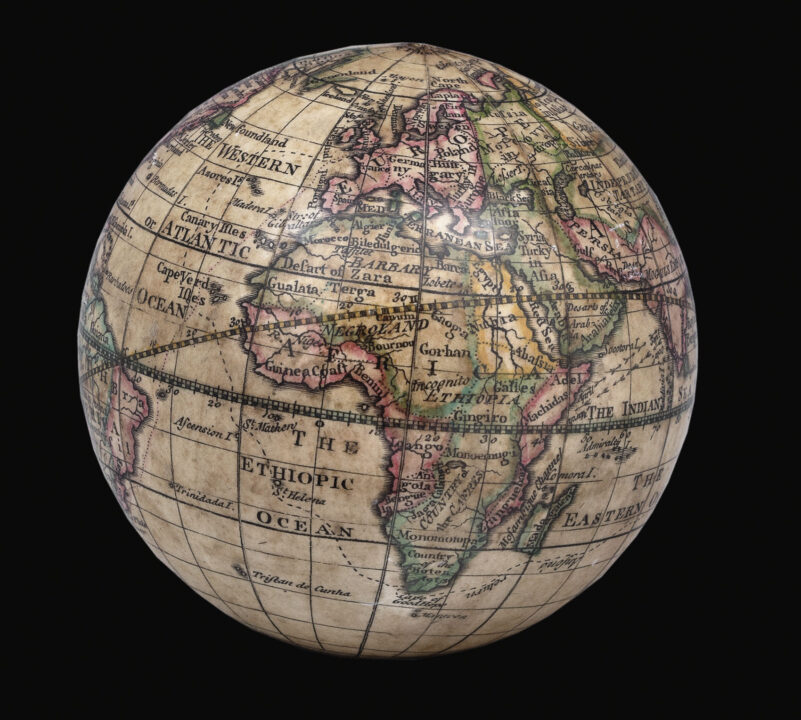 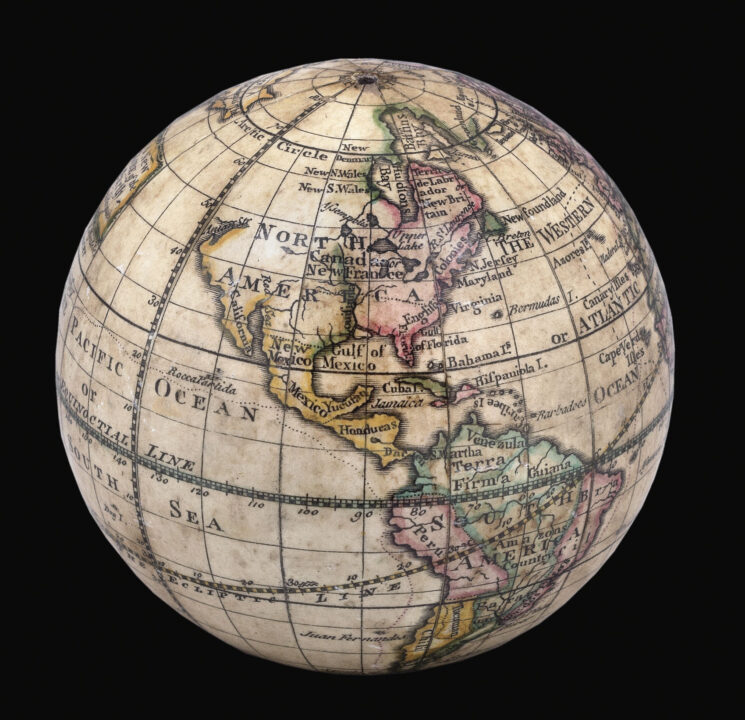 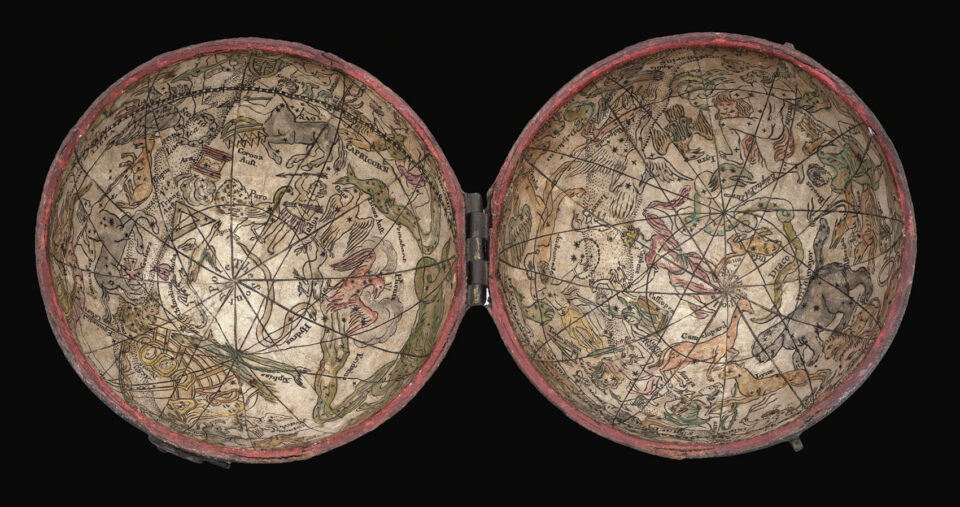