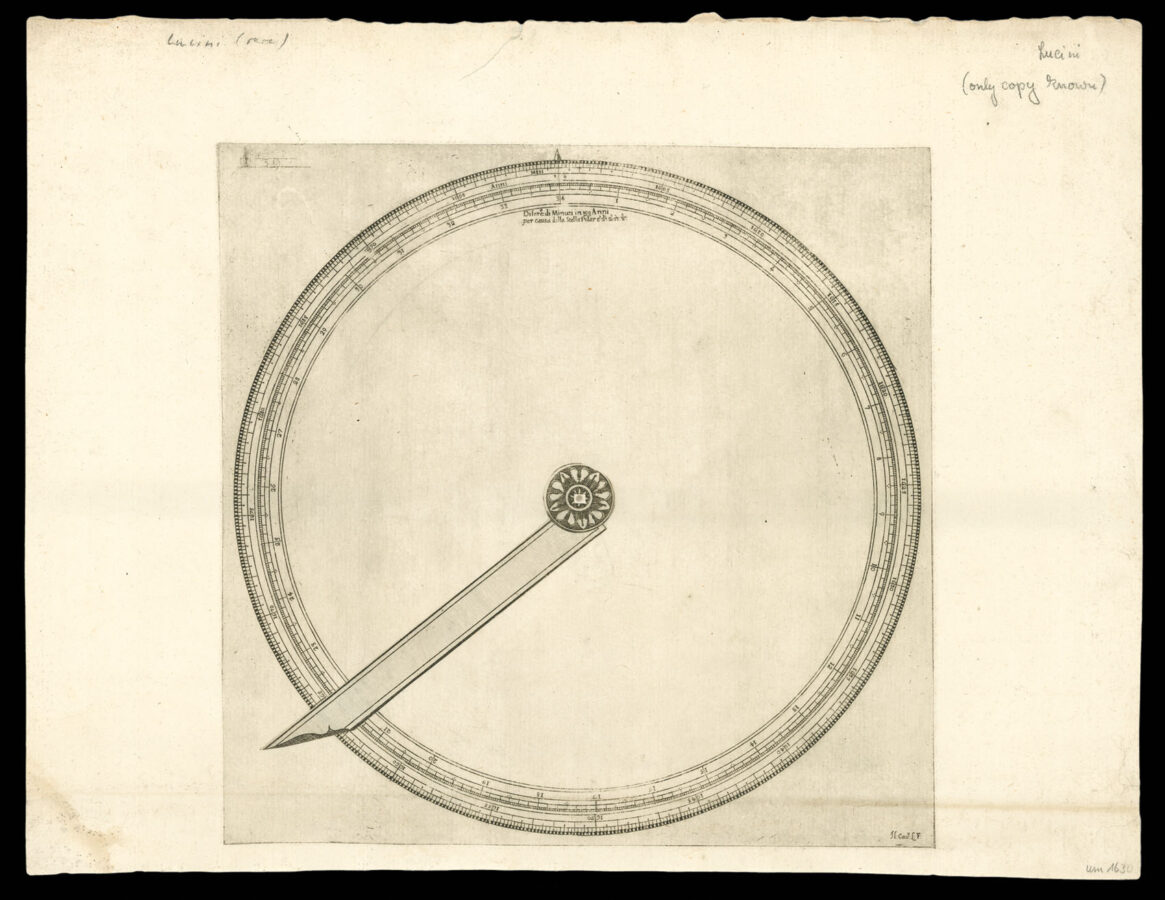 An engraved instrument for the hours and minutes of the ebb and flow of the tides, and an instrument for measuring axial precession for the years 1600–1700.

Antonio Francesco Lucini (1610-after 1661) was responsible for the engraving of the greatest marine atlas of the seventeenth century: Robert Dudley’s ​‘Dell’Arcano del Mare’.

Lucini was born in Florence c. 1610. he was a pupil of Callot and a friend of Stefano della Bella. Before being employed by Sir Robert Dudley, he had already published engraved views of Florence and scenes of the Turkish Wars. Lucini put the stamp of his personality on the finished work, as did the author; the delicacy and strength of the engraving, as well as the embellishments of the lettering ​“alla cancellaresca”, make it a true example of Italian Baroque art. In a printed introductory leaf found in one copy of the ​‘Arcano Del Mare’ in the British Library, Lucini states that he worked on the plates in seclusion for 12 years in an obscure Tuscan village, using no less than 5,000 pounds (2,268 kg) of copper. According to the engraver, the book took 40 years to prepare and 12 to execute.

Following Dudley’s death in 1649, a subsequent edition was published in 1661 by Lucini and Jacopo Bagnoni. The evident success of the second edition led to Lucini’s decision to publish the work in a more manageable format, and he began on the great task of engraving new plates for the work. However, he was, for whatever reason, unable to complete the project, and only a few charts are now extant. In fact, they are so rare that when a group of the charts and two volvelles appeared on the market in the late 1980s, many were skeptical of their authenticity. It was not until three similar charts were discovered in the British Library, catalogued under Lucini, that the majority of people were convinced of the charts’ veracity. Lord Wardington, in his article on the ​‘Arcano del Mare’ in ​‘The Book Collector’, incorrectly cites these two instruments as being ​“small dial without pointer” and ​“Zodiac obliquo. No volvelles or pointer”. They are, in fact, complete with both rotating discs and pointers and were sold as such in Sotheby’s on 27 June 1991 as part of lot 202 (£28,600). 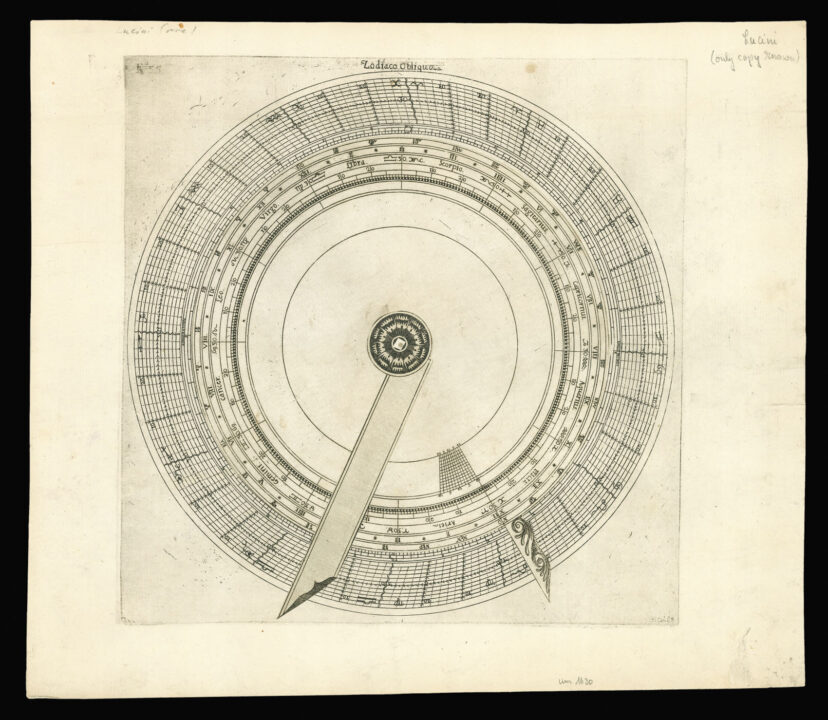