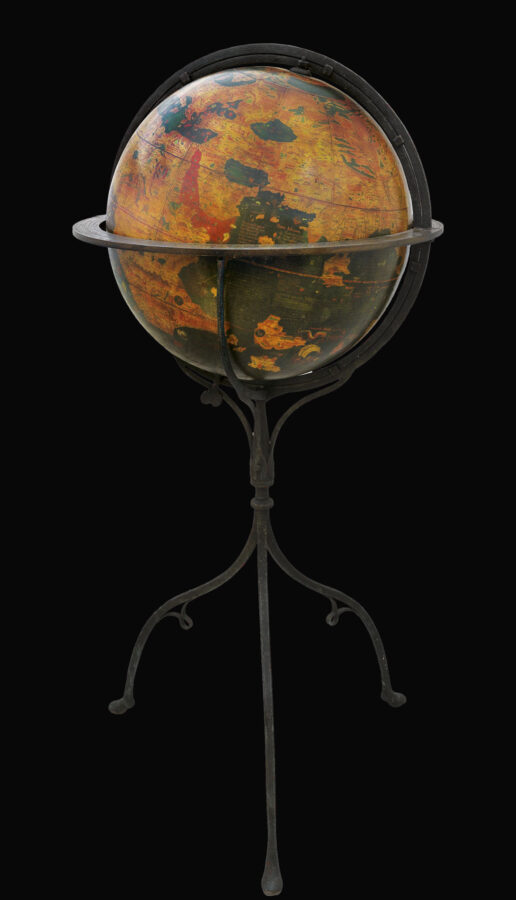 A fine facsimile of ​“Erdapfel” (or earth apple) produced by Martin Behaim in 1492, considered to be the oldest surviving terrestrial globe, is now in the Germanisches National Museum in Nuremberg. It is constructed of a laminated linen ball in two halves, reinforced with wood and overlaid with a map painted by Georg Glockendon.

Biography
Martin Behaim (1459–1507) was a navigator and geographer born in Nuremberg. He began his career as a merchant and he first travelled to Portugal in around 1480. In 1484, King John appointed him as an adviser on navigation. In this post he was connected to a number of expeditions down the coast of Africa and spent time on the island of Fayal.

In 1490 Behaim returned to his home in Nuremberg and the City Council member George Holzschuher proposed to the council that Behaim construct a globe based on the recent geographic discoveries in Portugal. Along with the painter Georg Glockendon, Behaim started work on the globe and completed it in 1492.

Geography
The Americas are not included, as Columbus returned to Spain no sooner than March 1493. The globe shows an enlarged Eurasian continent and an empty ocean between Europe and Asia. The mythical Saint Brendan’s Island is included. Cipango ( Japan) is oversized and well south of its true position; Martellus’ map is followed in developing an enormous phantom peninsula east of the Golden Chersonese (Malaysia). The globe has a wonderfully artistic quality to it, including the animated ship depicted in the Indian Ocean with its billowing sails.

From its creation until early in the sixteenth century, it stood in a reception room in the Nuremberg town hall. After that time it was held by the Behaim family. In 1907, it was transferred to the Germanic Museum in Nuremberg. In 1992, it was moved to the Vienna University of Technology, to be studied at high resolution by the Behaim Digital Globe Project. In 2011, a second digitalization by the German National Museum began. The present facsimile was produced by the firm of Greeves and Thomas in 1882 to commemorate the quincentenary of the production of the original. 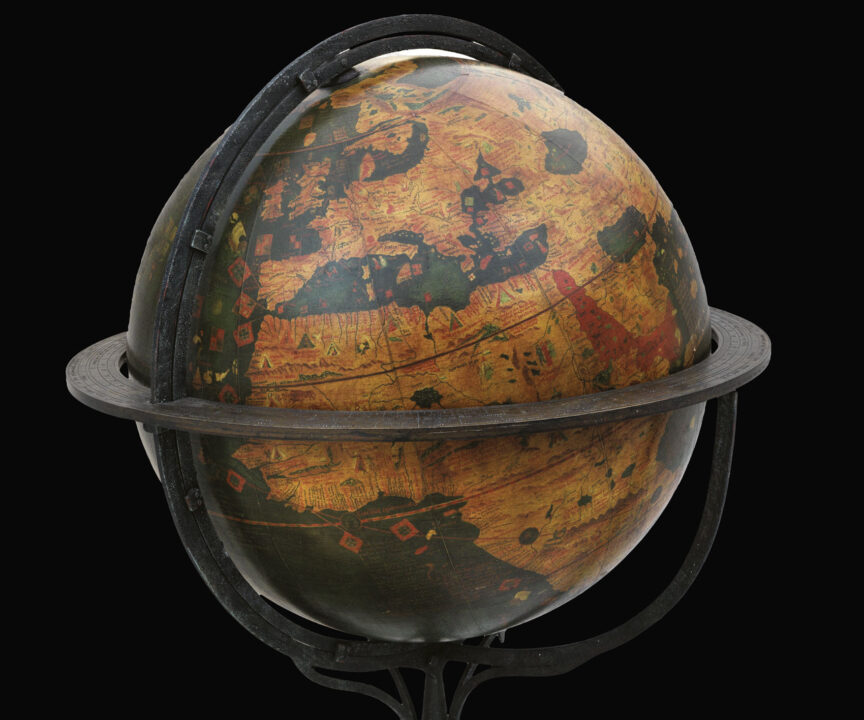 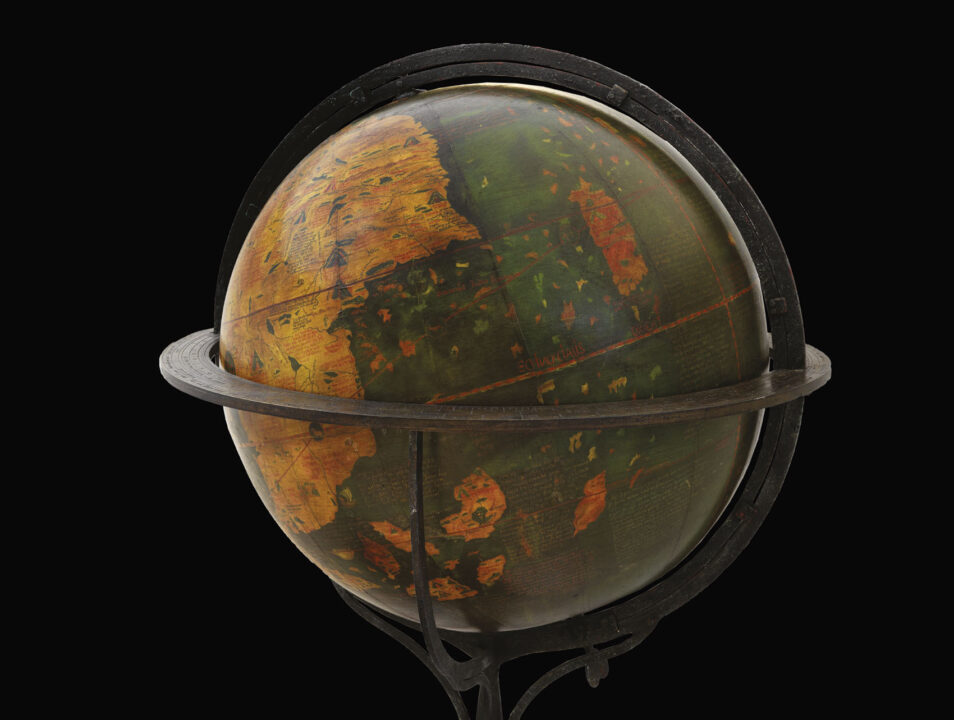 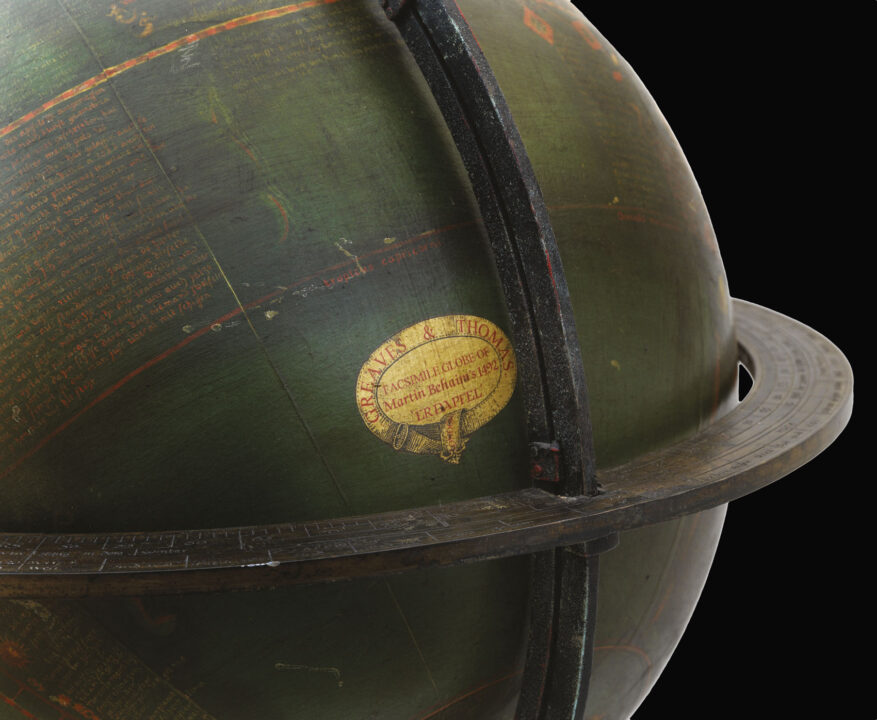 Martin Behaim, as his surname suggests, was descended from a wealthy Nuremberg family, who had arrived there in the early 1300s, having fled religious persecution in Bohemia. Later, he claimed for himself, that he was a student of the celebrated mathematician and astronomer known as Regiomontanus (Johannes Müller von Königsberg, 1436 – 1476). Nevertheless, his intellectual abilities recommended him to King John II of Portugal, when he travelled to Lisbon in about 1481. Behaim became one of a group of mathematicians commissioned by King John to solve the problem of determining latitude. It is possible that Behaim’s contribution to the conundrum was to provide the commission with a Jacob’s-staff, or cross-staff, and astronomical tables used for determining the declination of the sun. 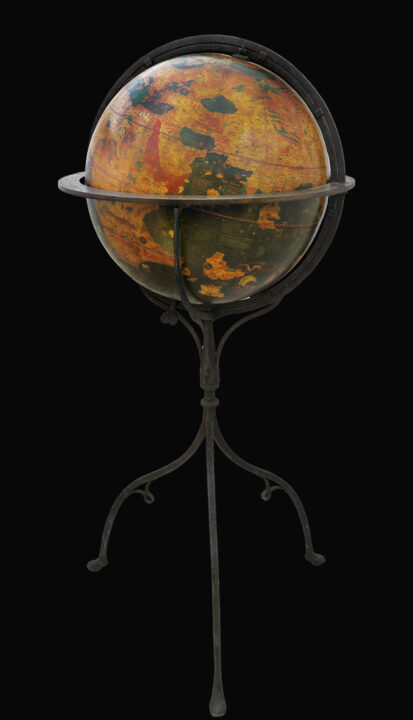