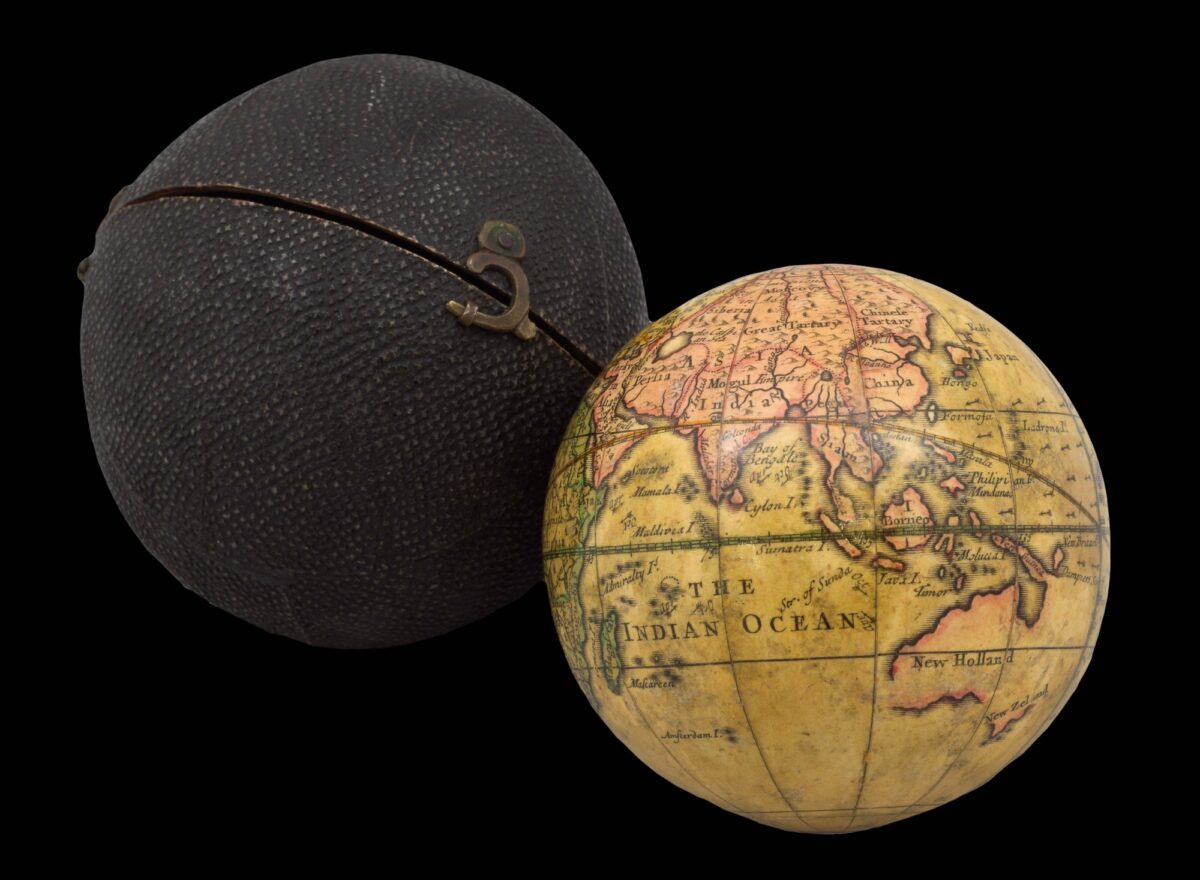 “The greatest globemaker of his day”

Biography
John Senex (1678–1749) was apprenticed to the London bookseller Robert Clavell in 1695, branching out on his own in 1702. Between 1703 and 1706 Senex formed an early partnership to produce instruments with Jeremiah Seller and Charles Price, the successors of John Seller. Senex continued in partnership with Price until 1710, and then joined forces with John Maxwell, by which time he had gained a reputation as a successful publisher of atlases, maps and geographical texts. He produced his first set of 12 inch globes in 1706, then in 1710, just before his split with Price, a pair of pocket globes.

When Price left to work with rival George Willdey, Senex soon became the more successful of the two companies, with Price ending his career and his life in a Fleet Street prison. In 1728 Senex was appointed Fellow of the Royal Society, and in 1738 he presented a paper to the Society with suggestions for making a celestial globe into a procession globe. His globes were held in such high regard that one appears in a portrait by Richard Wilson of George III and his brother Frederick with their tutor: ​“if we can judge from survival rates and geographical spread, he was the greatest globe-maker of his day” (Worms).

Following his death, Senex’s publishing interests were continued by his widow, Mary. In 1755 most of his stock was acquired at auction by the Scottish astronomer James Ferguson. Only one set of plates escaped, the Senex-Price celestial pocket globe and those for a newly engraved matching terrestrial sphere, which went to the instrument maker George Adams.

Geography
Senex engraved new gores to differentiate them from the plates he had produced in partnership with Price. He changed the lettering, emphasised the trade winds and erased the track of Francis Drake’s voyage. The title sits within a rectangular cartouche in the northern Pacific Ocean. The prime meridian is marked as London but ungraduated. The North and South Poles are labelled as well as the Arctic and Antarctic Circles, and their respective landmasses marked ​“Incognita”. The ​“Pacific Ocean or Great South Sea”, the ​“Western or Atlantic Ocean” and the ​“Etheopic Ocean” are shown with arrows for trade winds and monsoons. Australia is drawn according to the Dutch discoveries, and appears as ​“New Holland”, although ​“New Zeland” appears in the place most contemporaries assigned to ​“Van Diemen’s Land”. The ​“Antipodes of London” are indicated in the southern hemisphere.

Astronomy
The celestial gores bear no revision from the set Senex published with Charles Price in 1710. The signs of the zodiac are shown along the ecliptic. Both ecliptic poles are marked; as are the Arctic and Antarctic Circles, the tropics and the celestial equator. The 48 Ptolemaic constellations are named, and two non-Ptolematic; together with the 12 southern constellations by Plancius — although Dorado is named ​“Xiphias” — and three by Hevelius. 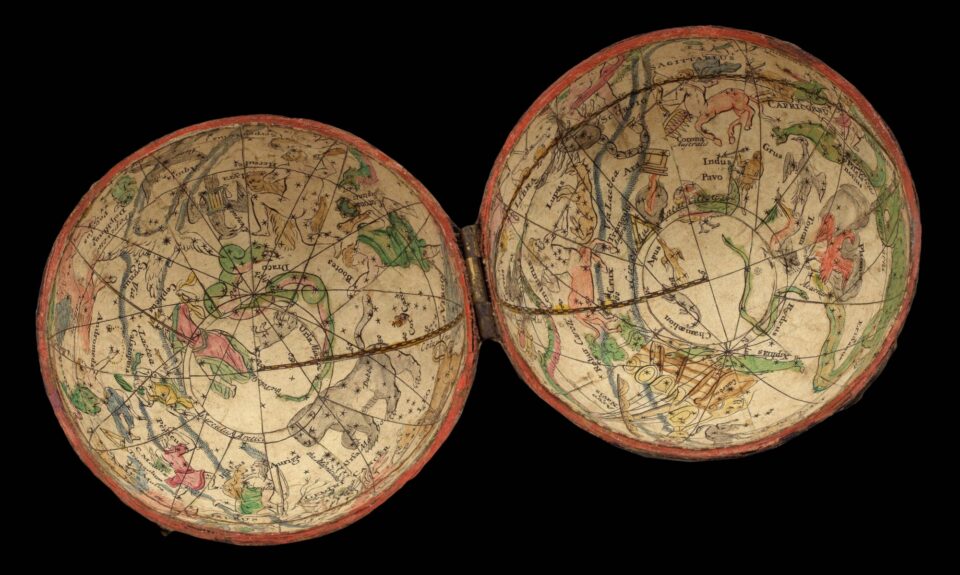 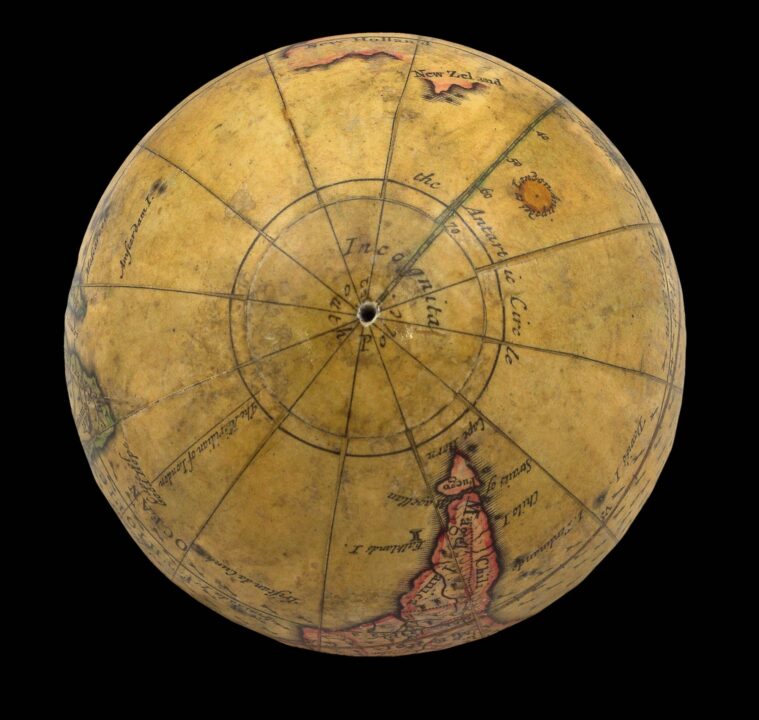 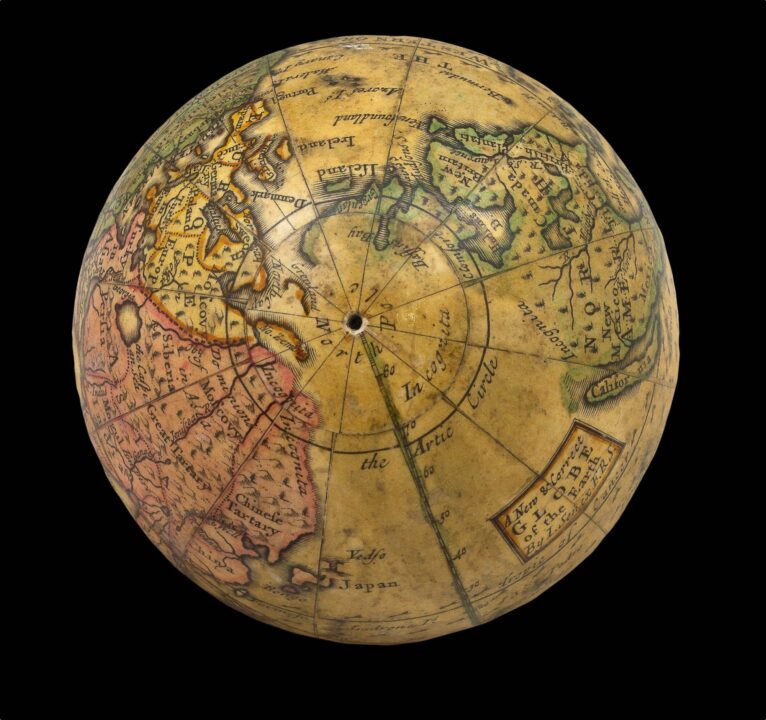 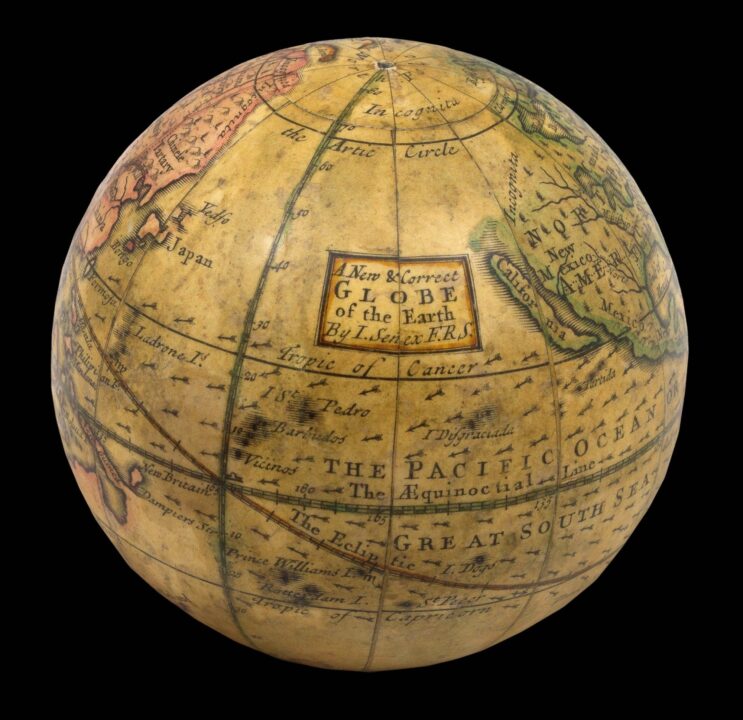 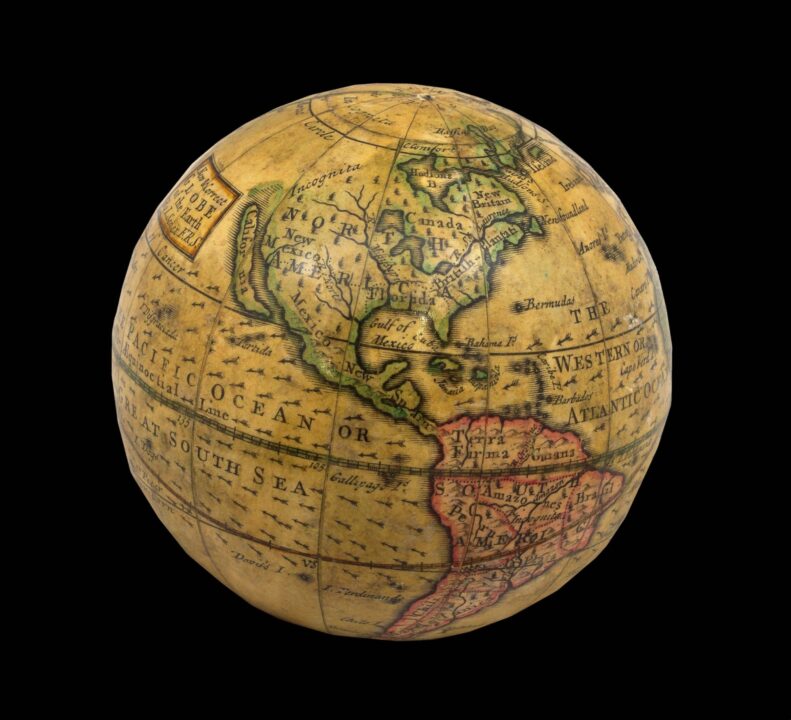 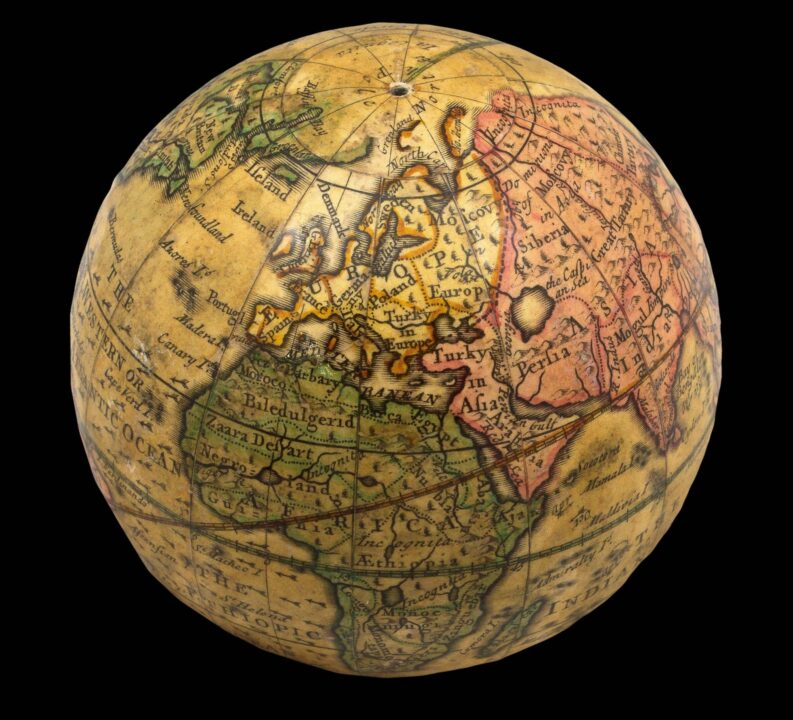 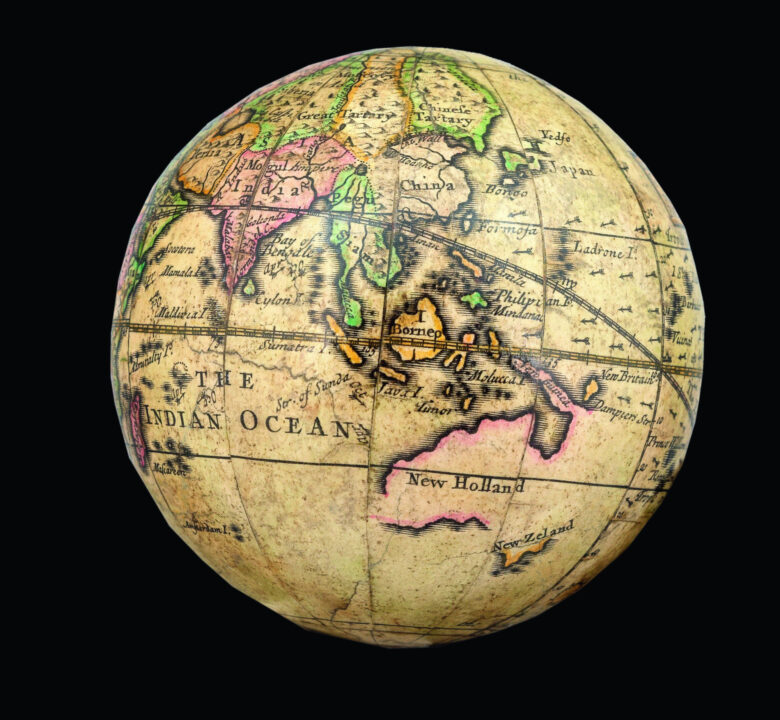 ​“The greatest globe-maker of his day”