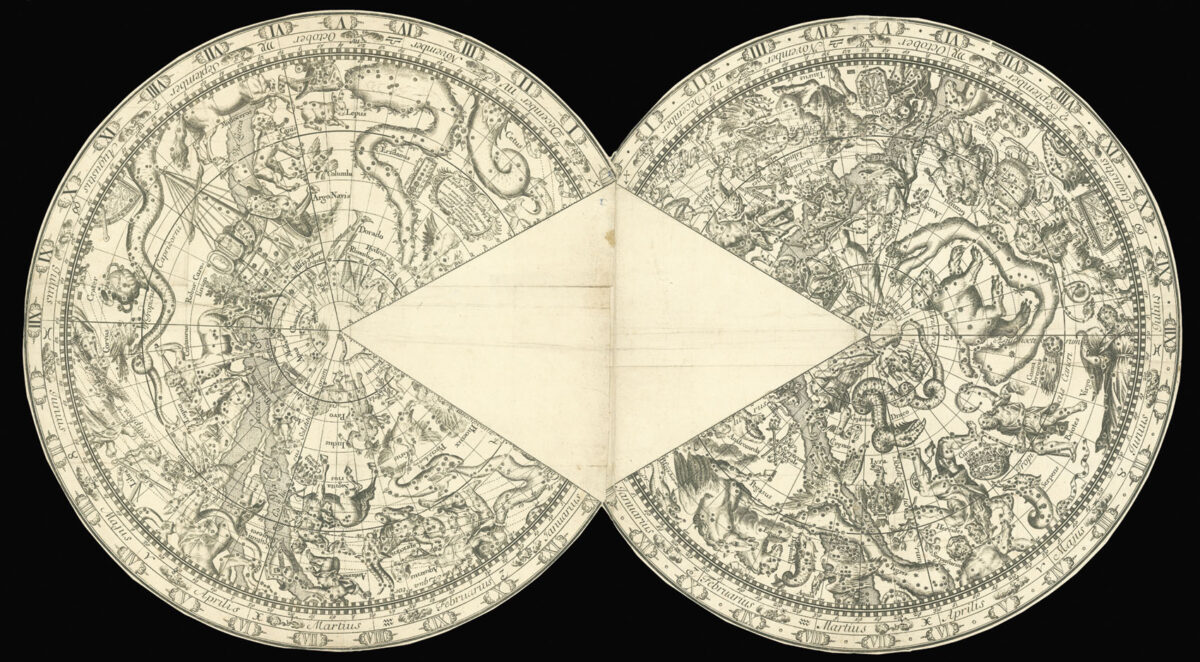 The celestial vault in paper

Johann Ludwig Andreae (1667–1725) was born in Messtetten, Würtemburg, and followed his priest father into Holy Orders in Tübingen. In 1711, he moved to Esslingen where he began to make globes. His work was part of the early eighteenth century explosion of globemaking in Germany, centred particularly around Nuremburg and makers such as Georg Eimmert and Johann Baptist Homann. He is known to have produced globes of between five and ten inches in diameter, having the construction carried out in the commercial centre of Nuremburg; he also appears to have been assisted in some way by the Rector of the Egidian Gymnasium, Samuel Farber (1657–1716), whose name appears on one globe. On some of his output, presumably as a commercial incentive, Andreae left a blank cartouche to be filled in according to the purchaser’s wishes. He was succeeded by his mathematician son Johann Phillipp (c.1700-after 1757).

Andreae is only known to have produced two celestial broadsheets; the present charts. They are centred on the equatorial poles using a polar equidistant projection with geocentric orientation. The maps are influenced by Coronelli and could be bent into cones and viewed from the inside to give an illusion of the celestial vault.
/