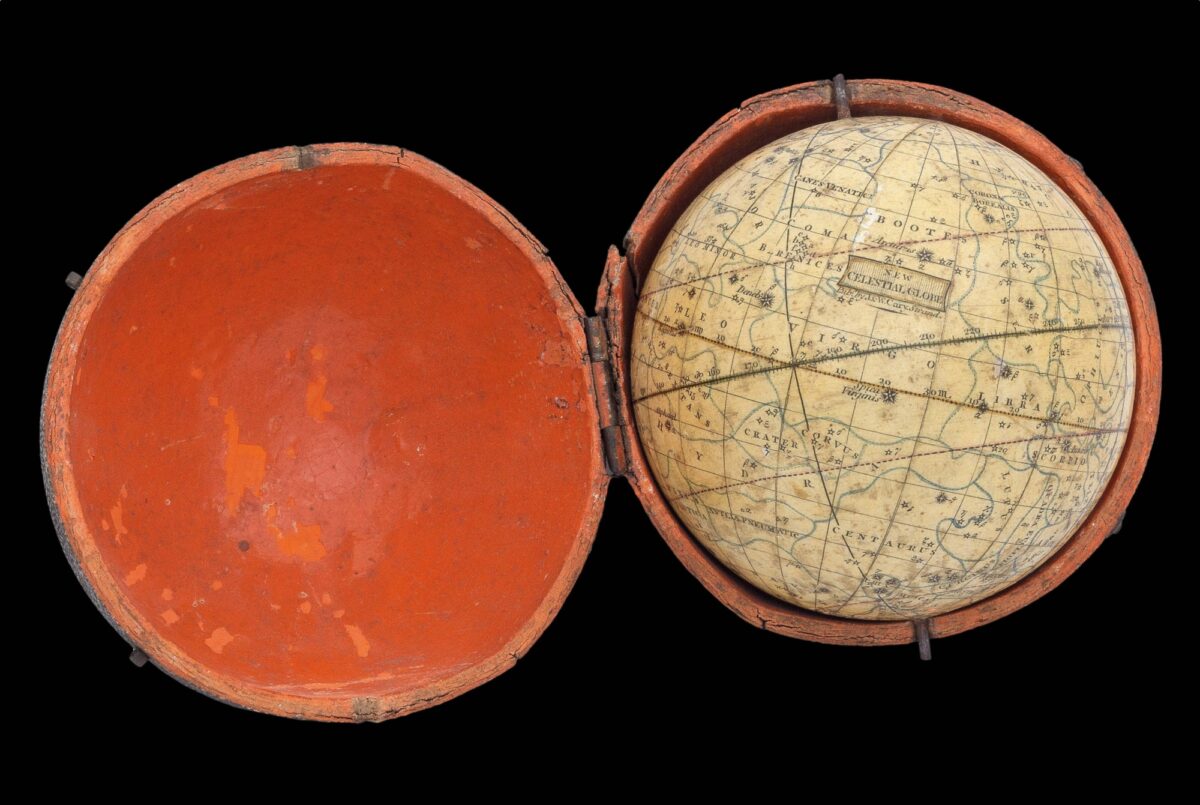 This celestial globe by the Cary firm can be dated between 1791, the date of the firm’s first globe, and 1820, when John Cary moved to St. James’s Street.

Biography
The Cary dynasty of globemakers was founded in the late eighteenth century by John Cary (1755–1835). The son of a Wiltshire maltster, Cary was apprenticed to William Palmer and became freeman in 1778. The first globes by Cary were advertised in the ​‘Traveller’s Companion’ in January 1791. The advertisement mentions that his globes were made from ​“entire new plates”. This feature was significant as it was common for publishers to buy or inherit copper plates for gores and alter them rather than go to the expense of creating new ones. The advert also highlighted that the globe contained ​“the new Discoveries, & the Tracks of the different Circumnavigators”.

The address of the company at this time was 181 the Strand, and it was known as J & W Cary, to recognize the contribution of John’s brother William (1759–1825).

Astronomy
The stars are marked by the Bayer notation. The constellations are indicated by areas outlined by contours. It shows 24 stars, the Hiades and Pleiades, and the 48 Ptolemaic constellations. Also presented are Plancius’ 12 southern constellations, those of Hevelius, with the exception of Cerberus, Mons Maenalus and Triangulum Minus, and Lacaille.
/