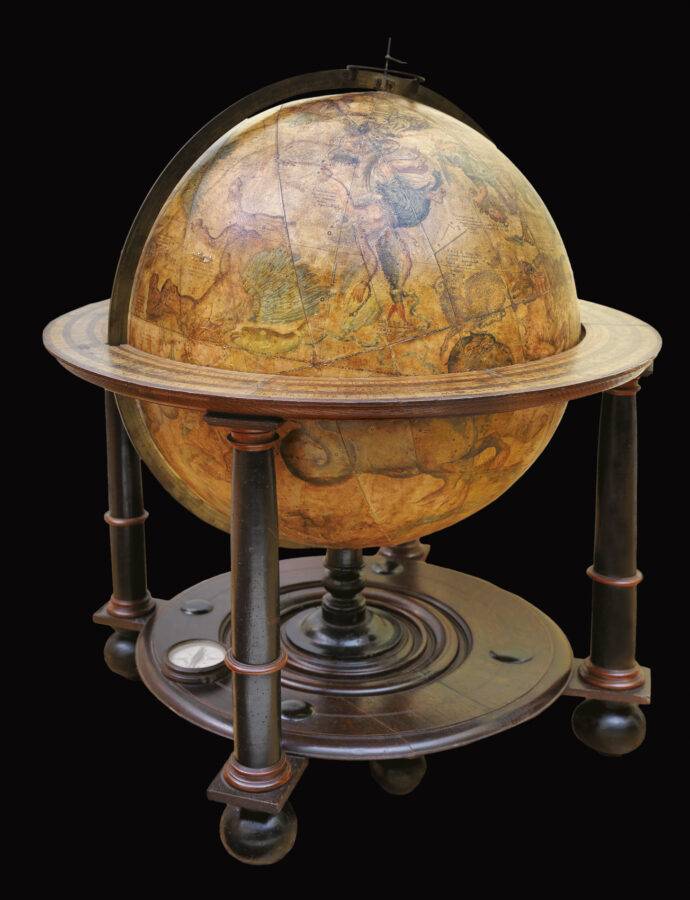 [A pair of Globes — Terrestrial and Celestial] Globus Orbis Terrae.

Willem Janszoon Blaeu’s 26-inch globes are the apotheosis of Dutch Golden Age cartography. Their size and grandeur stand testimony to the confidence and wealth of a great maritime and trading nation at the height of its powers.

​“These globes were not merely the largest globes ever made in Amsterdam, and even the world’s largest up to that time, and virtually until the end of the seventeenth century, they were also representations of enormous human achievement — an extraordinary record of an extraordinary period of geographical discovery. During the preceding century, more than half of the known world, including the entire western hemisphere, had been charted and, more recently, during Blaeu’s own time, large portions of the Pacific were being explored. Spanish, Portuguese, Italian and French explorers had contributed the lion’s share of what was known, but during Blaeu’s generation the Dutch themselves had taken up the mantle as masters of the sea and changed the face of the world with their voyages of discovery. What better way for a small seafaring nation with large ambitions to express its pride than to construct a symbol of its achievement in such a quintessentially representative form; a three-dimensional model of the world that would fill a room with its mass; a magnificent statement of what the Dutch had achieved and were achieving with every new fact and update added by Blaeu over the course of the Globe’s transformation, through four states from 1617 to 1645/48?’ (van der Krogt).

Blaeu intended the globe to be a luxury item aimed at wealthy merchants and noblemen. However, it was also the most advanced cartographic document of the age: it was a monument and tool; to be used as much as admired. The ​‘Globus Orbis Terrae’ of 1617 was the first dated printed documentation of Hudson’s first voyage and the first to give the name ​“Nieu Nederland” to the area now known as New York, Manhattan and Long Island. It was also the first depiction of Schouten and Le Maire’s discovery of a navigable passage around Cape Horn (named after Schouten’s hometown of Hoorn); a revelation of such economic importance that Blaeu’s globe was initially suppressed by the States General following a dispute between the Dutch East India Company (V.O.C.) and Schouten and Le Maire’s Australian Company. Schouten and Le Maire’s voyage was undertaken in order to circumvent the monopoly held by the V.O.C. on all trade with the East via the Cape of Good Hope or through the Straits of Magellan. By discovering a route to the Pacific via Cape Horn, the Australian Company changed cartographic orthodoxy by rendering the existence of a great southern landmass contiguous with Tierra del Fuego impossible. Blaeu obtained this information from undisclosed sources — the documentation of Schouten and Le Maire’s voyage was sequestered by the V.O.C — and sought to publish it in a book featuring maps of their discoveries. However, in an ultimately unsuccessful effort to obtain a charter to publish his voyage, Le Maire pressed for an injunction on Blaeu’s book. Blaeu, with more than a little cheek, kept his globe from becoming outdated by the simple device of removing the old, incorrect information and replacing it with… nothing! In due course the injunction was lifted and Blaeu was able to publish his globe with the new shape of Tierra del Fuego and a reduced southern continent of Magellanica. After Willem Blaeu’s death in 1638, his son, Dr Joan Blaeu (1596–1673) undertook a major update of the globe to incorporate new discoveries. These were carried out with a combination of re-engraving the plates and printed overlays pasted on to the relevant portions of the globe. The most drastic of these updates involved the erasure of an entire dedication and cartouche bearing ​“Advice to Reader” in order to make room for the findings of Abel Tasman’s voyages and to show Australia. Other areas of re-engraving included changes to Canada to show the discoveries of Thomas Button (1612–13), William Baffin (1616) and others, alterations to the coast of Greenland, and the removal of the name and diminution in size of the mythical island of Frisland. The printed overlays allowed Blaeu Jnr. to alter Japan to incorporate the discoveries of Maarten de Vries in 1643, and to shift the entire coast of North America approximately 20 degrees eastwards and show California as an island. However, north of California, he became less sure of himself and retained his father’s delineation. Here any attempt at a western coastline is abandoned, replaced instead by a large decorative cartouche surrounded by beavers and Native Americans. The various attempts of Gaspar and Michael Corte Real, Sebastian Cabot, Hugh Willoughby, Martin Frobisher, John Davis, Willem Barentz, Jan Huyghen van Linschoten, and Henry Hudson to find a northwest and northeast passage are described, ending with the hope that Hudson’s discovery of a ​‘huge and wide open sea’ would result in the long sought-after route.

Astronomical details on the sphere include a magnitude table close to the North Pole. The Milky Way and Magellanic Clouds are labelled. Close to the North Pole, there are two tables in a cartouche, one explaining the astrological symbols marked on the sphere and the other explaining precession (a change in the Earth’s axis of rotation) with a table based on a constant precession rate. There are novae with explanations in Cassiopeia, Cyngus and Ophiuchus with the first and last observed positions marked. A total of 83 stars and up to eight star groups are named; some of the stars are also named in Arabic script. The 48 Ptolemaic constellations and four of the non-Ptolemaic constellations are drawn. The 12 southern constellations of Plancius are also drawn. The nomenclature for some of the Ptolemaic constellations is extensively detailed and some of them are given in Greek, followed by the name in Arabic script. The constellations are said to be in the tradition of Mercator, but this is not the case. For this globe Blaeu relied on the style used by Johann Bayer in his ​‘Uranometria’ of 1603.

Peter van der Krogt has identified four states, with three variants of the first state and two of the second. These may be summarized as follows:

Third state, [between c.1622 and c.1645].
In the ​“Advice to the Reader”, ​“In ista quam”, the signature is changed to: Guiljelmus Blaeu Auctor. Anno MDCXXII. Although the date is unaltered, judging by other publications, the spelling of ​“Blaeu” indicates that this state dates from after c.1630. In the charter, ​“Ianssonij” is changed to ​“Blaeuw”. 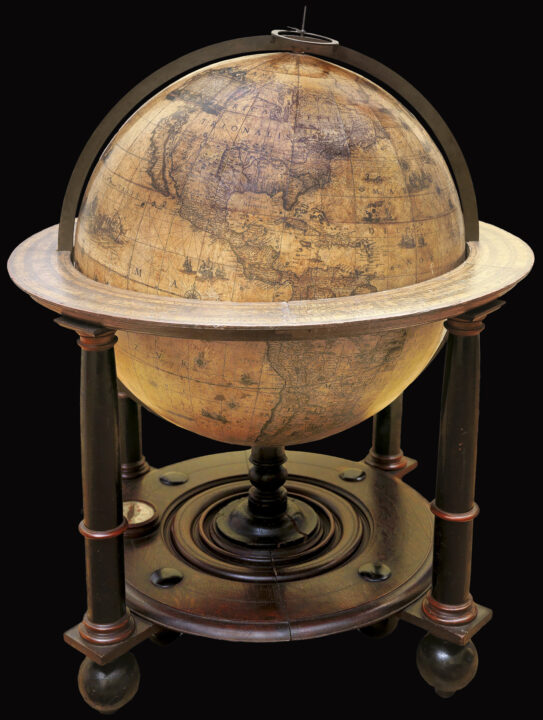 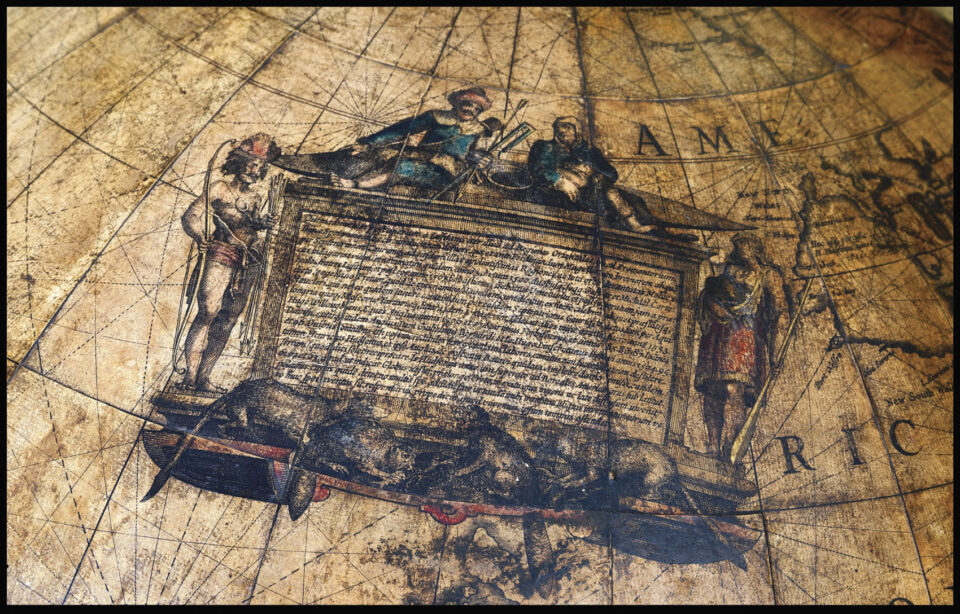 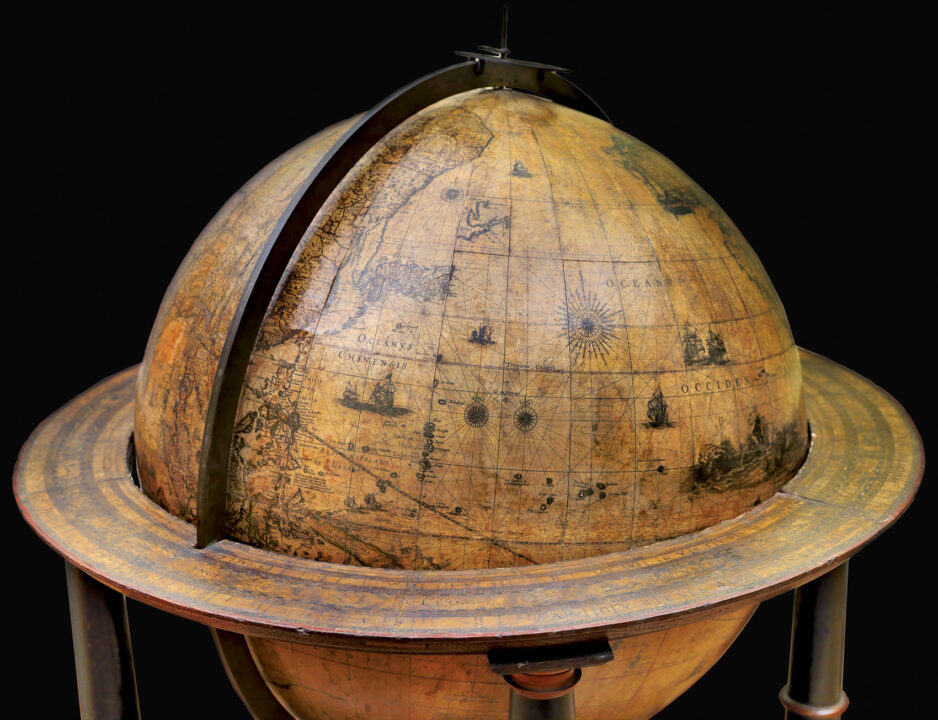 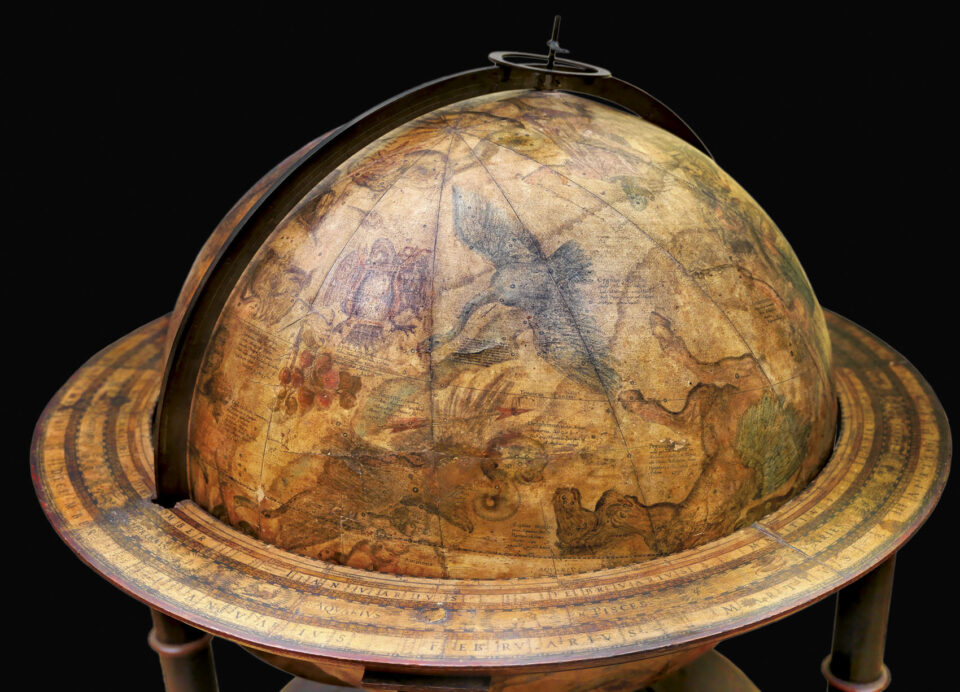 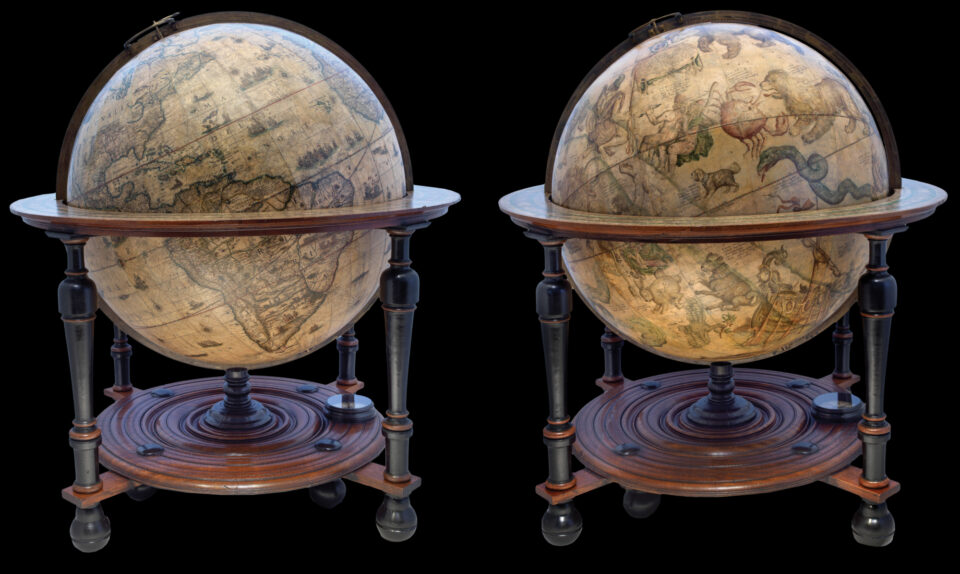