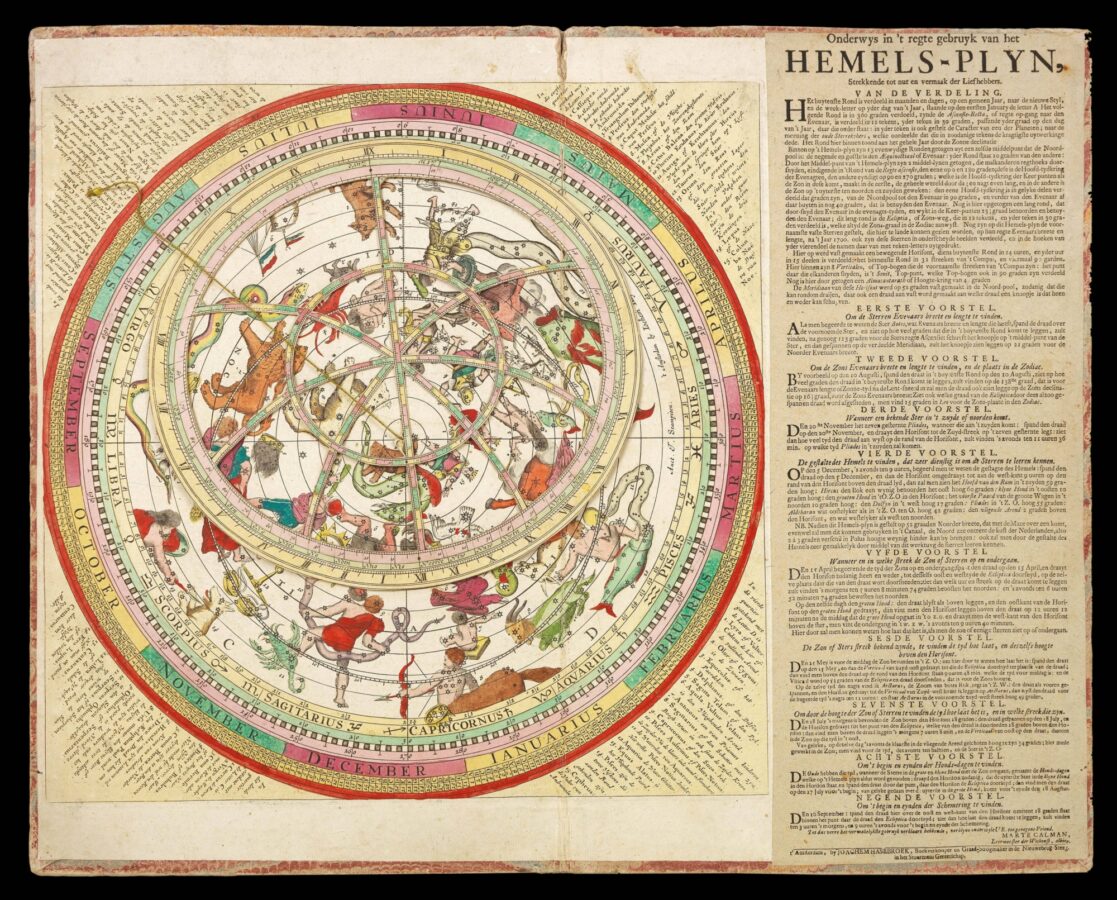 Telling the time with stars

The chart is here in its third state, but we have located no complete example of any earlier version. The Boerhaave Museum in Leiden has the chart without volvelle or instructional text, published by Doncker, but the 1664 edition described in Doncker’s advertisement clearly included the volvelle and instructional text. Perhaps the surviving chart is the 1684 version mentioned but not seen by Bierens de Haan, who provides neither a detailed description nor a source for his information. They and the present version (printed from Doncker’s plate c1722) seem to have appeared only as separate publications, hence their great rarity. The circular border around the sky image and the outer part of the volvelle include scales with several kinds of data so that the chart can be used for various purposes. One can use the string to align the time in the volvelle with the date in the border of the chart, so that the part of the sky visible at that moment appears inside the volvelle. The chart with its volvelle, scales and string can also be used to calculate times for the rising and setting of constellations at various dates (or to calculate the present time based on the position of the stars). Fifty-three constellations are numbered quarter by quarter (15, 9, 14 and 15), with a Dutch key identifying them in each corner. Calman’s instructional text, printed letterpress on a separate slip (495 by 185 cm) and mounted to the right of the chart itself, describes the different scales, etc., then presents nine ​“proposals” (giving examples of the use of the chart). If the volvelle is turned with 12 midnight to the right, the boards can be folded to each other like a portfolio, protecting the chart and making it easier to carry. It may have been published in this form, for the only other copy located, at the Adler Planetarium in Chicago, is similarly mounted. The marbled paper covering the portfolio, similar to Wolfe 33–35, was common in the Netherlands in the late seventeenth and early eighteenth centuries.

In the plate of the star chart itself is engraved, ​“Auct. J. Stampioen. ​‘t Amsterdam by Iochem Hasebroek” but Hasebroek’s name is larger and in a different style than the rest of the lettering, and one can see traces of an earlier name under it. Although the older name cannot be deciphered, one can see that ​“Hendrick Doncker” would fit (with traces of the h and Do, and marks where the ascenders to the d, k and k would have been), making it clear that the present chart is printed from Doncker’s original plate. Calman advertised his Amsterdam boarding school for calligraphy, mathematics, etc. in 1722, and Hasebroek (1682- 1756) is recorded as a sea chart publisher and instrument maker from 1714 to 1743. 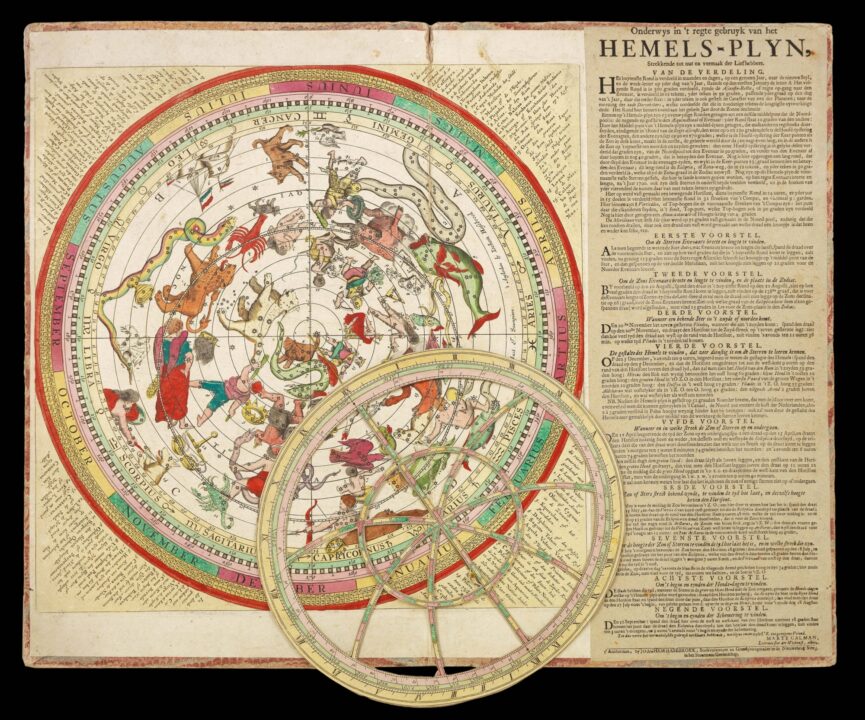