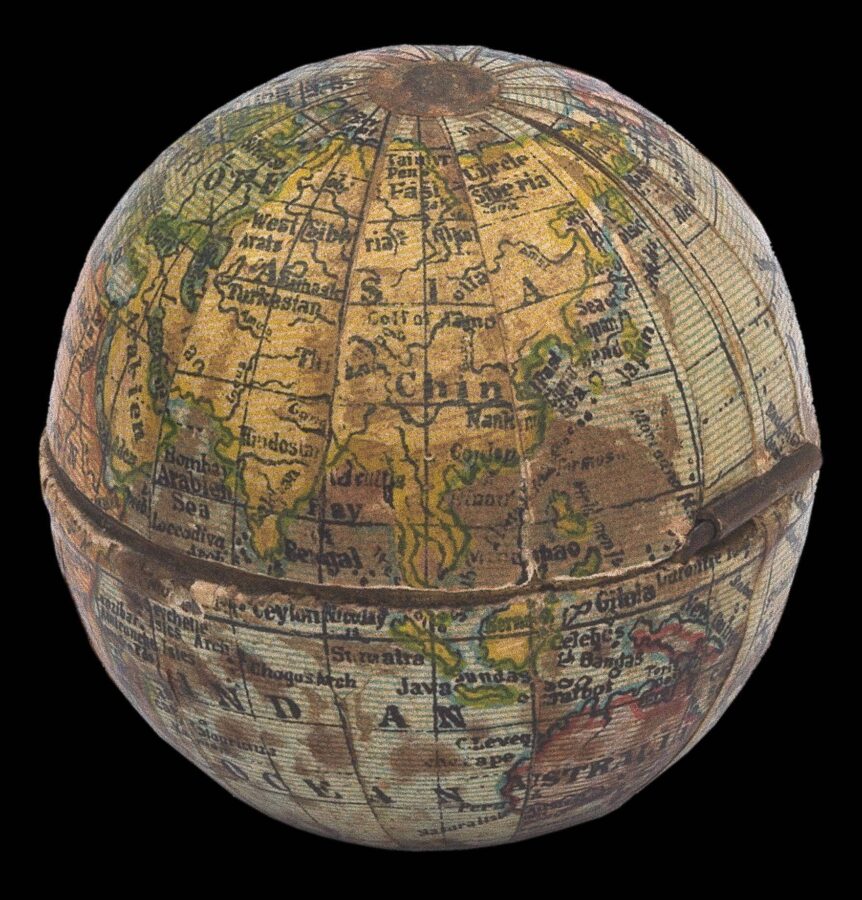 Prior to the widespread use of fountain pens in the late nineteenth century, it was common to carry ink while travelling. Portable inkwells, also known as travel wells or travellers, were devised for this purpose. It was of the utmost importance for the design to prevent the ink inside the travel wells from leaking, and the well itself was usually made from glass and concealed within a case. These cases took on many decorative forms, including the present example designed as a globe.

Geography
The cartography is typical of Victorian maps, but simplified, with no relief shown on the land. The continents and many of the countries are identified by name, along with some major rivers. 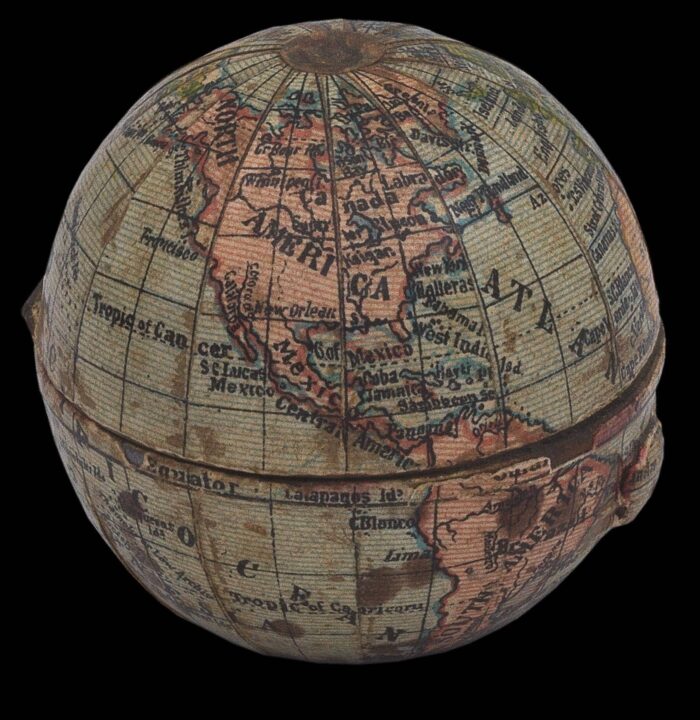 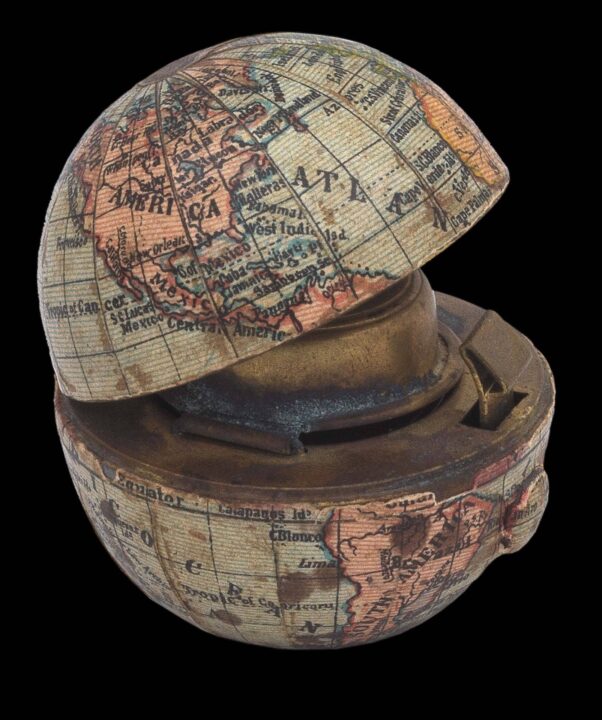 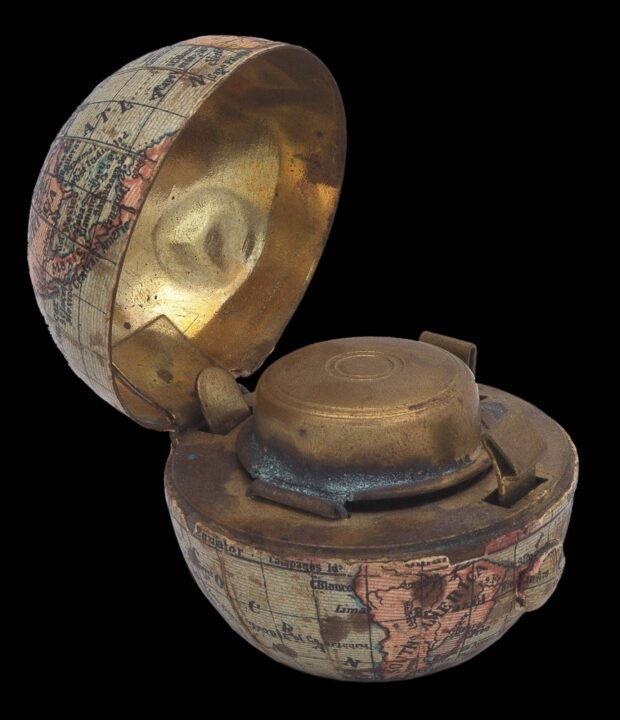 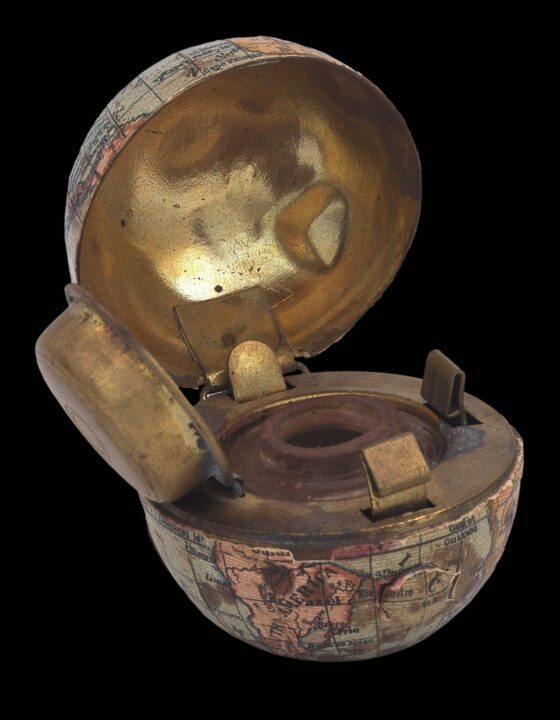