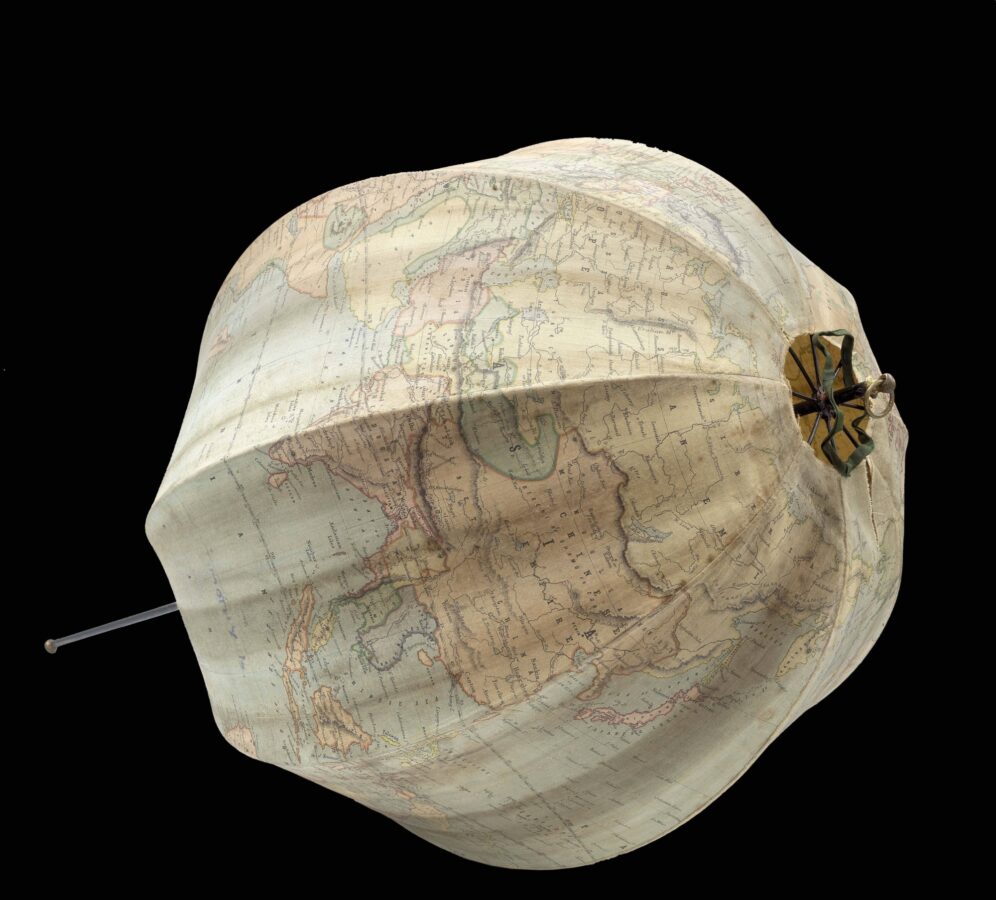 “The idea of an inexpensive, portable globe for teaching had been suggested in the late 18th century. Richard and Maria Edgeworth, a father-daughter pair of educationalists, asked in their 1798 publication Practical Education: ​‘Might not a cheap, portable, and convenient globe be made of oiled silk, to be inflated by a common pair of bellows?’ It was another forty years, however, until such a globe was first produced. Their request was answered in around 1830 with the invention of the balloon globe, an object made of fabric gores stitched together, which was inflated with an air pump. However, in 1850, John Betts designed an attractive alternative that did not require being inflated with a pump. Betts’ ​“New Portable Globe”, used an umbrella mechanism to support the gores in a spherical shape” (Katie Taylor, Whipple Museum).

Biography
John Betts (fl1844-1875) published maps and globes from his shop at 115 The Strand during the late nineteenth century. He specialized in inexpensive education products and his collapsible globe of 1850 was one of his most popular pieces. At that time he also published a guide for it, entitled ​‘A companion to Betts’s portable globe and diagrams’. It is not clear what happened to his globes after 1875, with one record suggesting that production was taken over by George Philip & Son around 1880. However, a catalogue produced by Edward Stanford in 1890 also advertises Betts’ portable 380mm (15 inch) globes. It is certain, however, that George Philip & Son eventually published Betts’ work around 1920.

Geography
The cartography is detailed, with national and sometimes state boundaries shown. Likewise, major rivers and mountain ranges are depicted. The location of the Antipodes of Greenwich is marked. In the south polar region there are labels for ​“Enderby Land”, ​“Peter I.”, ​“Alexander I” and ​“La Terre Adelie”. The globe can be dated based on the inclusion of ​“Charlotte Waters” in Australia’s Northern Territory, discovered in 1871, and Bolivia retains a Pacific coast, which it loses to Chile in 1883. 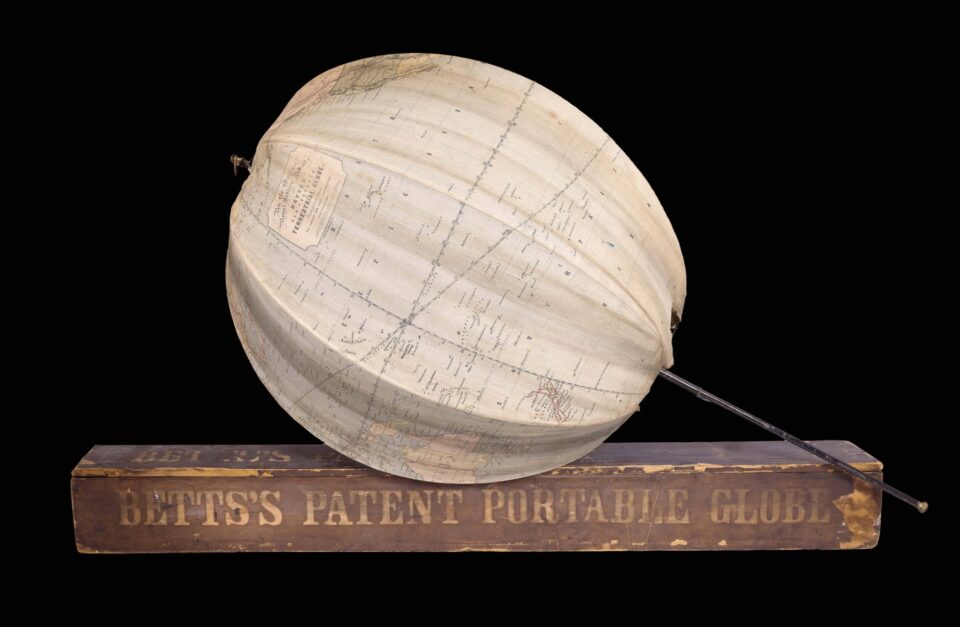