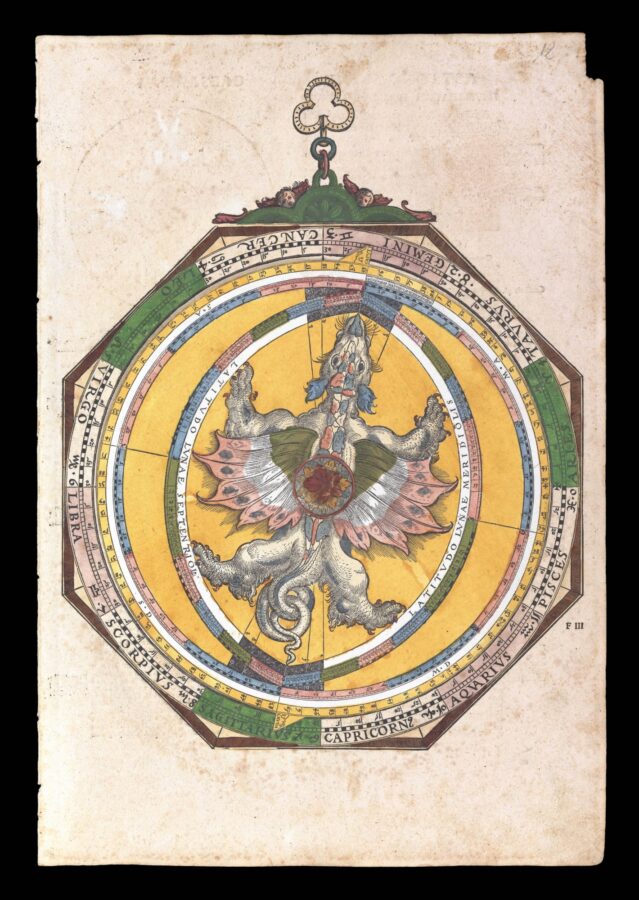 The Draco volvelle, by Michael Ostendorfer, from Petrus Apianus’s ​‘Astronomicum Caesareum’, showing the position of the constellation Draco relative to zodiac constellations. Dragons were associated with eclipses, which were believed to occur when their head or tail blocked the sun.

The author of this popular texbook on astronomy is Petrus Apianus, astronomer and professor of mathematics at Ingolstadt, a veritable pioneer in the production of astronomical and geographical devices.

The handbook is divided in two parts: the first (ll. B1-M3) includes 40 chapters with maps reproducing the position and the movement of celestial bodies, while the second part describes the meteroscope, an instrument designed to solve problems in spherical trigonometry, and reletes the sighting of five comets: ​“The Astronomicon is notable for Apian’s pioneer observations of comets (he describes the appearances and characteristics of five comets, including Hailey’s) and his statement that comets point their tails away from the sun. Also important is his imaginative use of simple mechanical devices, particularly volvelles, to provide information on the position and movement of celestial bodies” (DSB., I, p. 179).

For the dissemination of calculating technology in a standardized and reproducible form, Poulle has compared the appearance of ​‘paper instruments’ to nothing less than the advent of printing (see Les instruments de la théorie des planètes, 1.83). 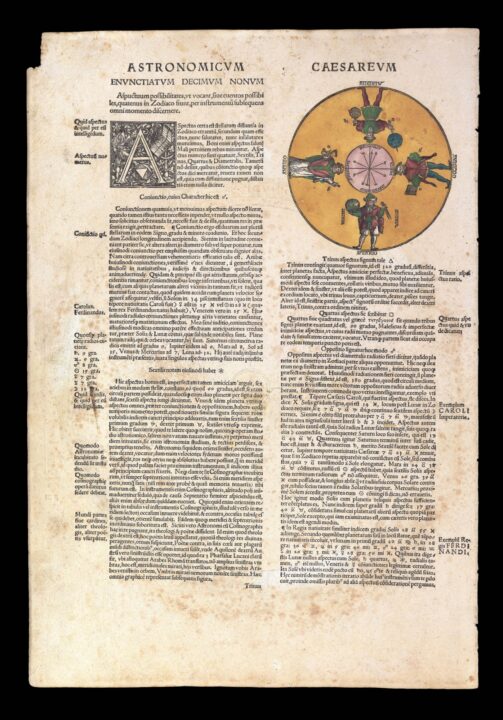