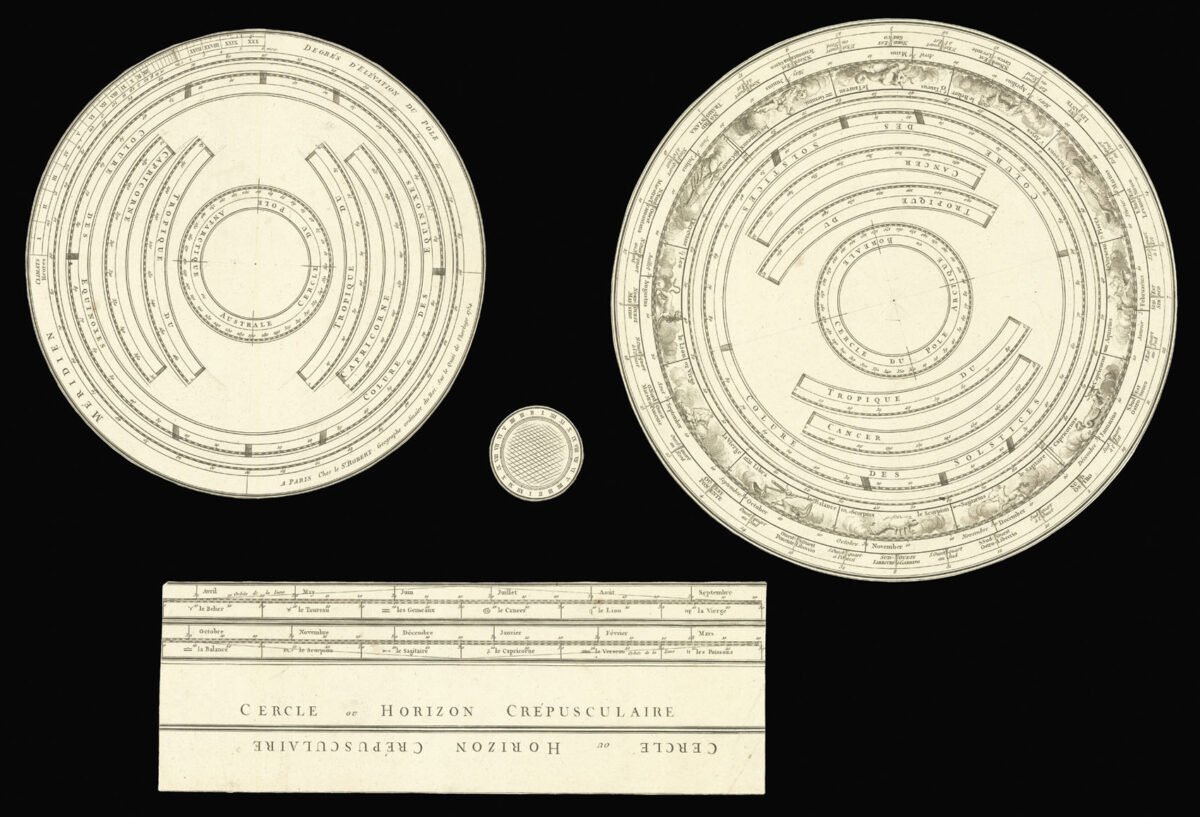 Uncut sheets for an armillary sphere

Gilles Robert de Vaugondy (1688–1766) and his son Didier (c. 1723- 1786) were among the leading cartographers working in eighteenth century Paris. The father and son team were related to the great French cartographer Nicolas Sanson, whose grandson, Pierre Moulard-Sanson, was Gilles’s uncle. upon the death of Pierre in 1730, Gilles acquired the large Sanson stock and, in 1734, was appointed geographer to the king.

The author of the present work was most probably Gilles, as the imprint has been engraved upon the meridian ring ​‘A Paris chez Sr. Robert. Geographe ordinaire du Roi. Sur le Quai de l’horloge 1754’. his son Didier applied his imprint via a printed label.
/