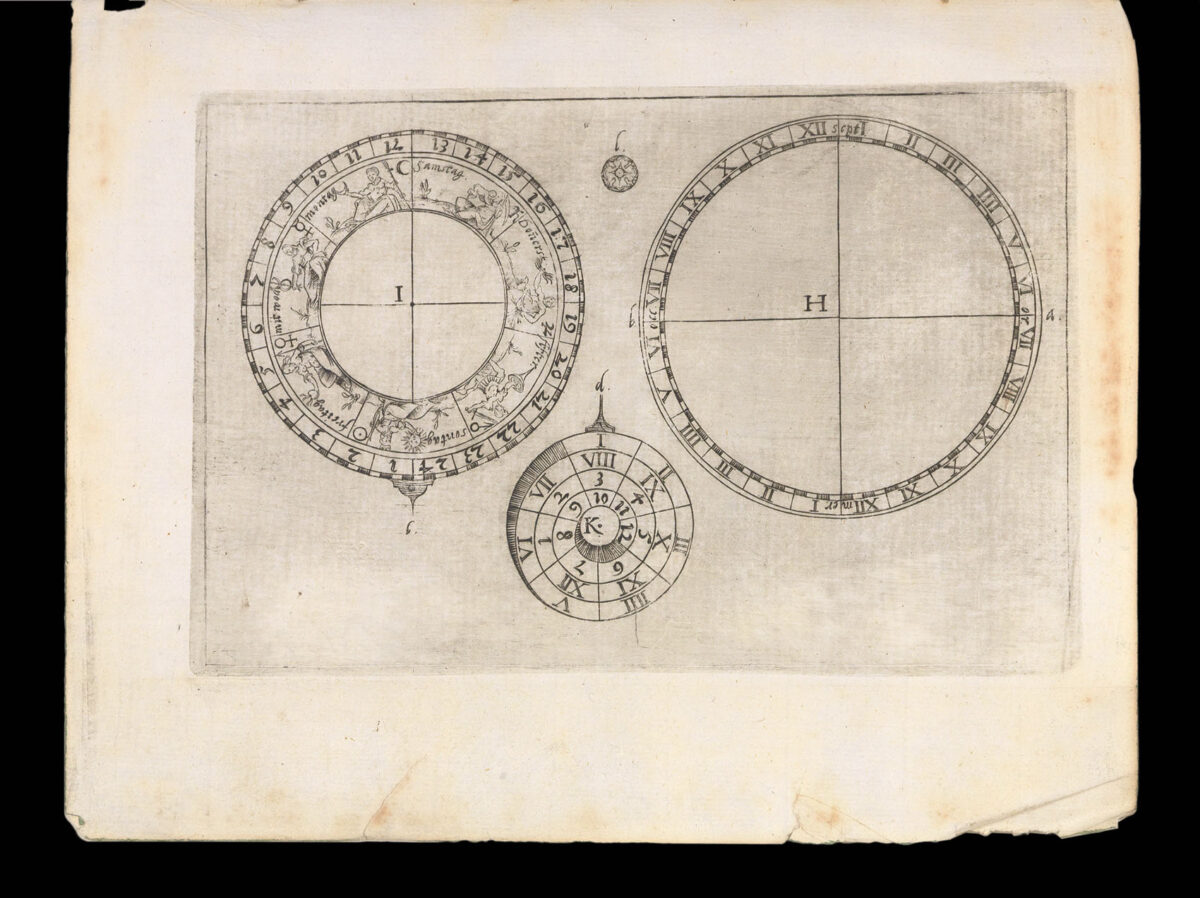 Rare treatise on the chalice sundial

A rare treatise on the chalice, or conical, sundial.
The Bavarian painter and printmaker Georg Brentel (1580–1638) issued around twenty printed instruments, engravings and woodcuts with brief manuals, including this treatise on conical sundials. Brentel most likely relied upon the expertise of the priest-scholar Georg Galgemair, with whom he had close links between 1608 and Galgemair’s death in 1619. he may also have consulted the works of Apian and Hartmann, as he is known to have copied Hartmann’s cruciform sundial, and refers to Apian within the present treatise.

Brentel’s first conical sundial of 1608 is a rather simple affair which tells the time from the altitude of the sun and measures heights and distances. The rotating engraved dials added to the 1615 pamphlet allow the user to convert from local to planetary hours, to allow for astronomical predictions. The treatise itself provides detailed instructions upon the construction of the instrument, together with a tutorial upon the dial itself. The dial was to be reinforced with parchment, then rolled and glued into the shape of a cone, and mounted upon a wooden base, as illustrated on the plate.

Although the present example lacks a dial plate present in the Harvard copy, it does include Franz Ritter’s rare sundial plate, which first appeared in his work ​‘Speculum Solis’ of 1607. The plate consists of a compass rose and ten sundials, including his unusual sundial world map.
Although there are several institutional examples of the pamphlet, we are only able to trace three examples that include the plates: housed at Harvard Art Museum, The university of Cincinnati, and Nuremberg university. 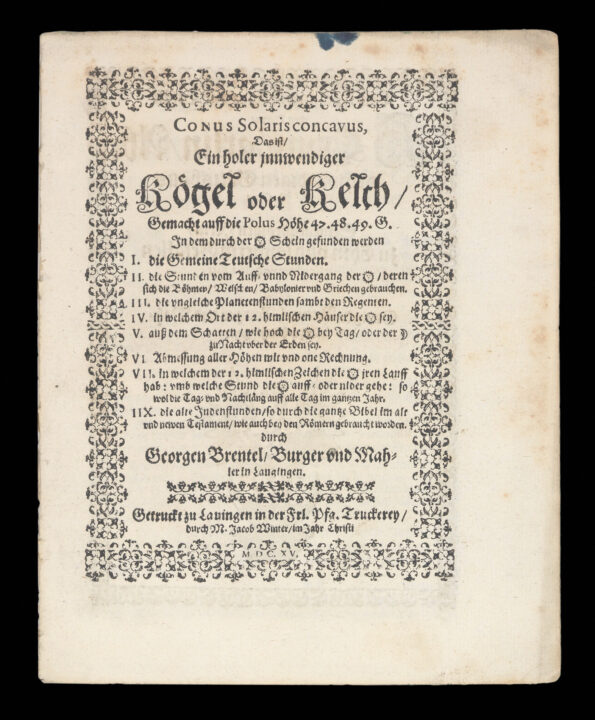 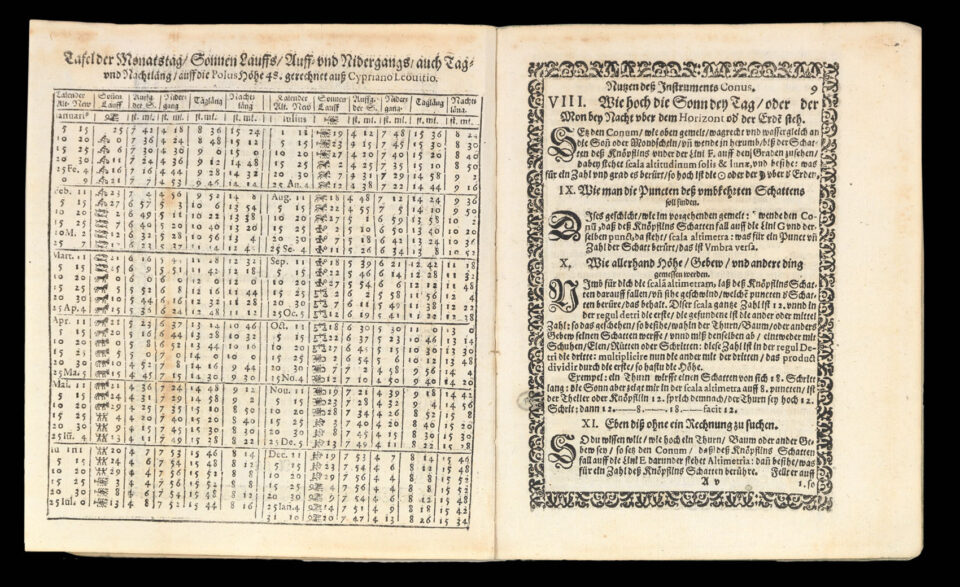 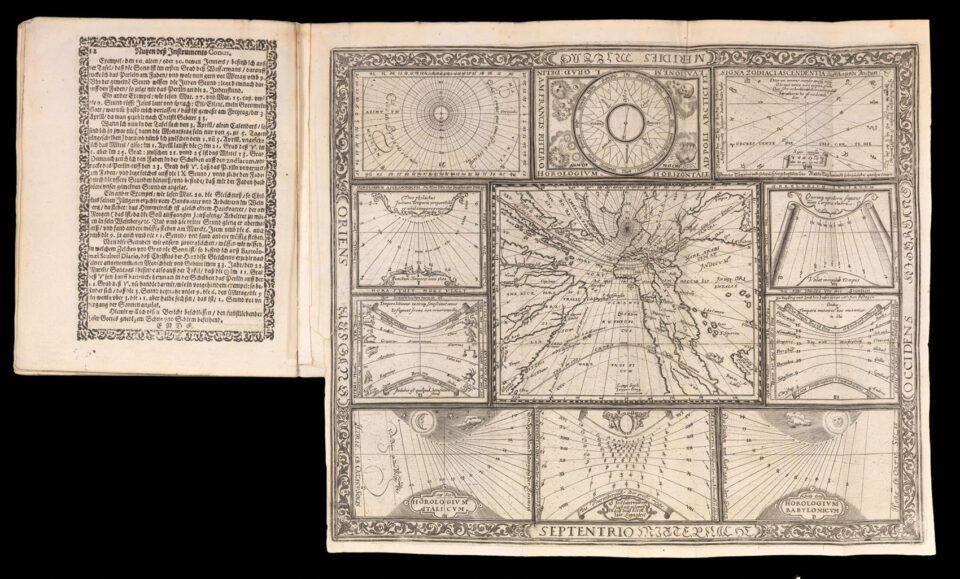 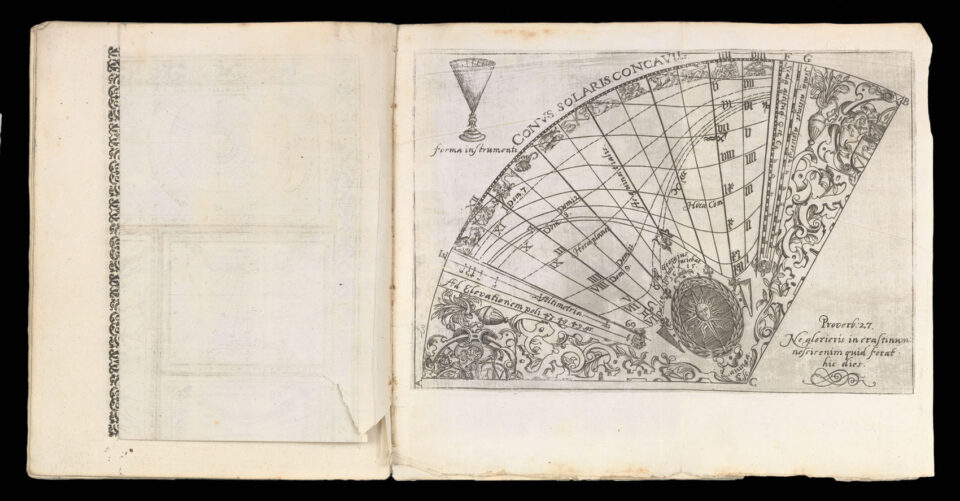