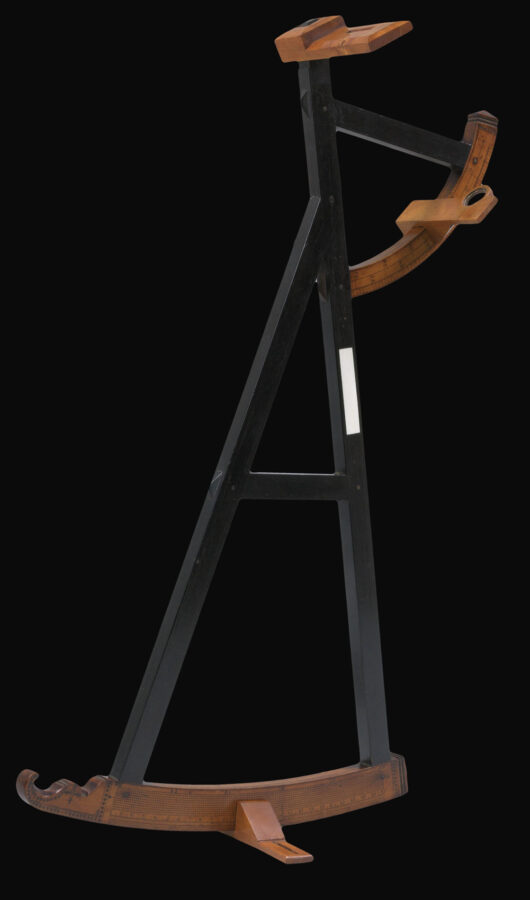 The back-staff, also known as the Davis quadrant (called a quadrant because it could measure up to 90º), was the first instrument specifically designed for finding latitude at sea. English explorer John Davis conceived the instrument while on a voyage to find the Northwest Passage and in 1595 described it in his book ​‘The Seamen’s Secrets’.

Like the instruments before it, the back-staff was developed in an effort to correct some of the deficiencies associated with the use of the cross-staff; that is, having to look at two places at once (which with larger angles could produce highly inaccurate measurements) and having to look directly into the sun when using the instrument during the day. To overcome these problems some navigators began using the cross-staff backwards with the sun coming over the shoulder. By fitting the cross-staff with a small horizon vane, the navigator could sight the horizon and measure the height of the sun at the same time. It was this new method that led to the development of the back-staff.

In its final form, the instrument consisted of two arcs, one 30° and the other 60°, fitted to opposite ends of a triangular frame. Small vanes moved over both arcs and a vane with a slit large enough to view the horizon sat on the opposite end of the frame from the large arc. To use the instrument the vane on the smaller arc, called the shadow vane, was moved along the arc until the edge of the vane cast a shadow on the slit in the horizon vane. At the same time, the observer viewed the horizon through a peephole in the vane on the larger arc and through the slit in the horizon vane. This allowed the observer to determine the altitude of the sun by viewing the horizon and the shadow of the sun simultaneously through the horizon vane. 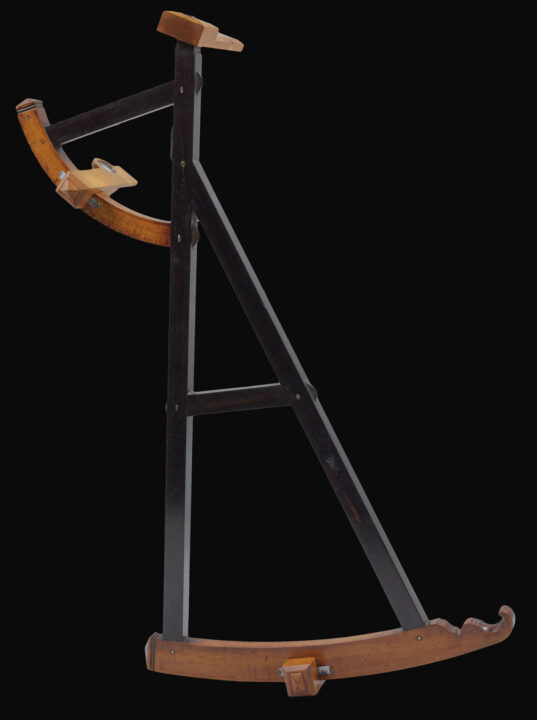