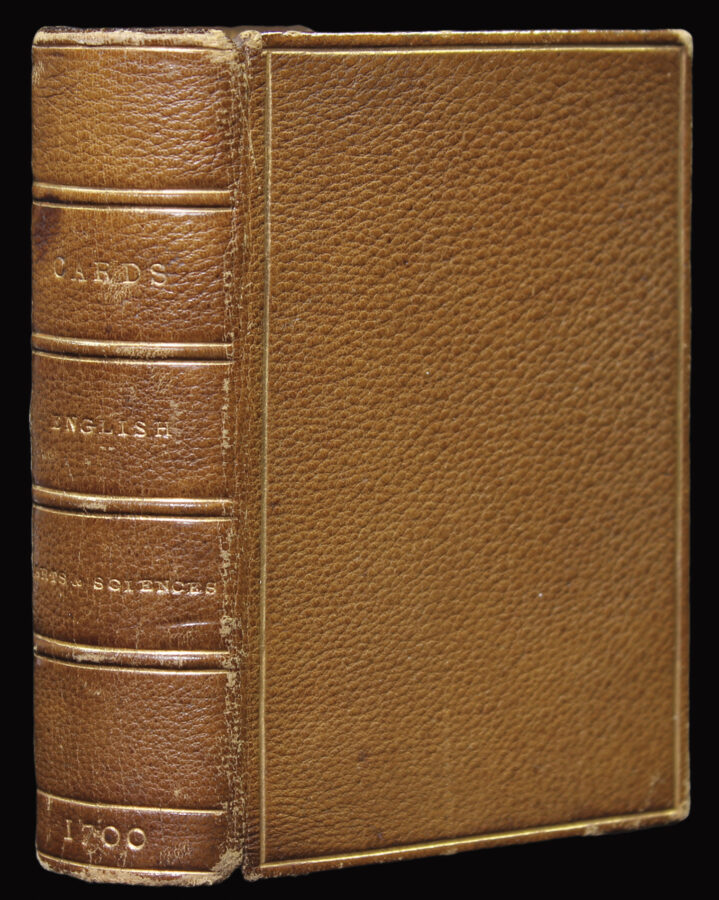 Tuttell based his cards on three educational sets of playing cards produced by Joseph and James Moxon during the latter years of the seventeenth century. James Moxon, recognizing Tuttell’s expertise in practical mathematics, asked him to help with the revisions of his father’s very popular book ​‘Mathematics Made Easie’ which was republished in 1701.

The first issue of the present set included an advertisement engraved on the king of clubs but here in the second issue it has been re-engraved to form a card on ​‘Building’. The ace of spades, however, still retains Tuttell’s name in a list ​‘Bookes & Instrumts. for navigation’ in an almanac of 1701.

The cards are more detailed than similar examples from this period in that the mathematical instruments and their uses can be identified easily. The set thus constitutes a remarkable pictorial trade catalogue of the period.

According to Wilshire, Chatto, writing in 1848, states ​“the pack of mathematical cards by Thomas Tuttell … [was] designed by Boitard and engraved by J. Savage”.

J. W. Rimington-Wilson (1822–1877) of Broomhead Hall, was one the great collector’s of works relating to games — especially chess — and playing cards. The present cards were most likely bound for Rimington-Wilson. The collection was sold at Christies on 24th November 1971, ​“A Choice Collection of Playing Cards”; lot 319 Tuttell 51 (of 52 cards) made 300gns. 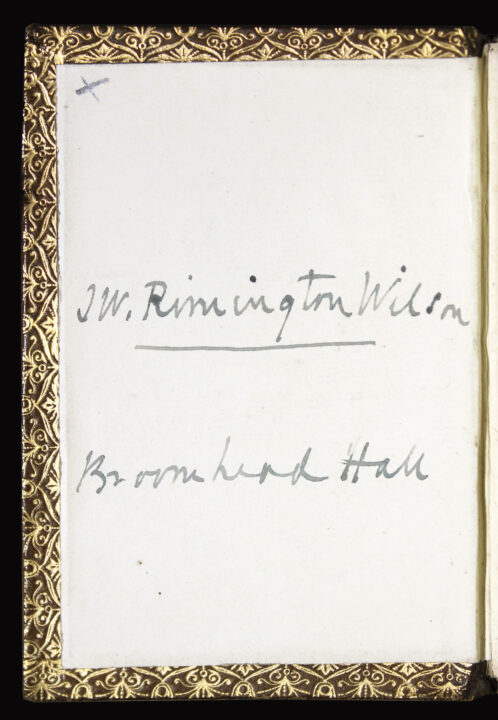 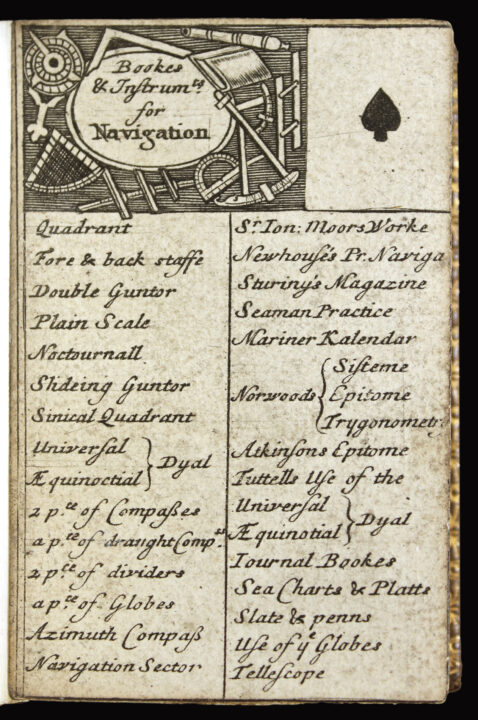 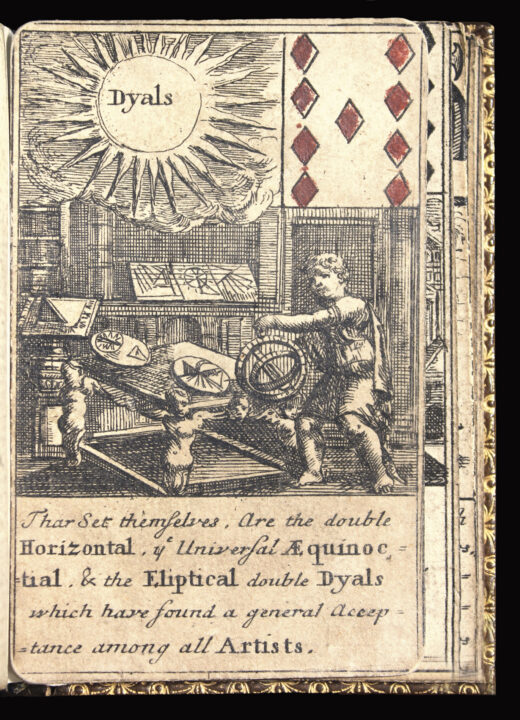 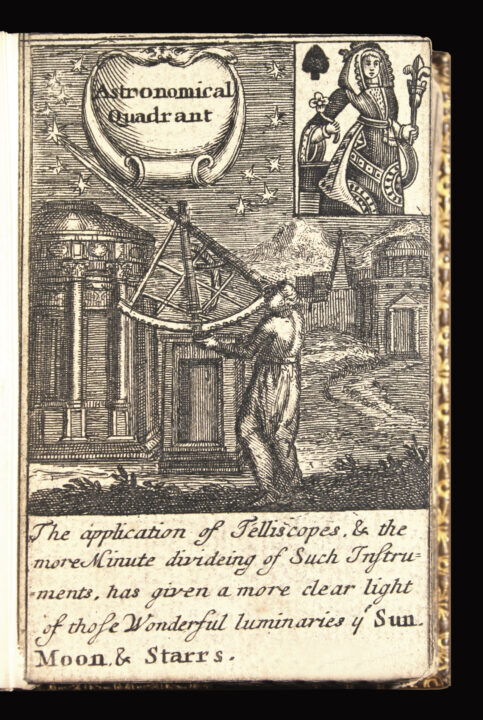 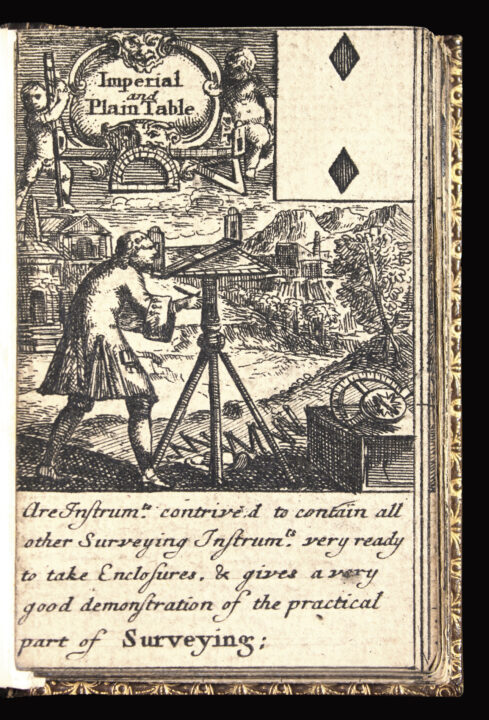 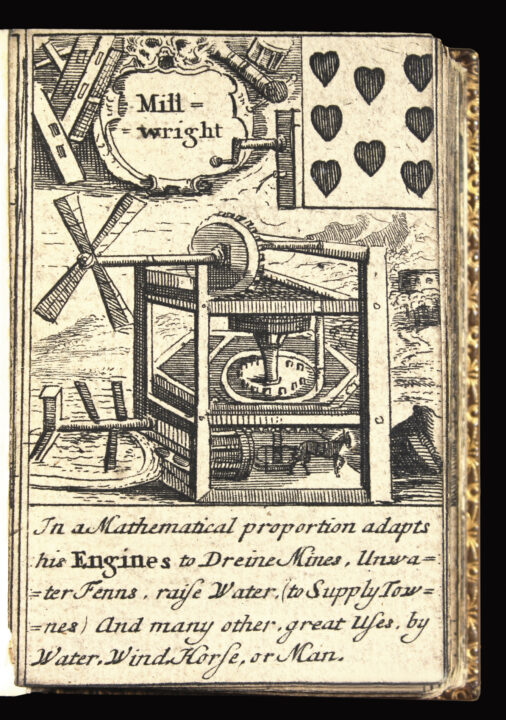