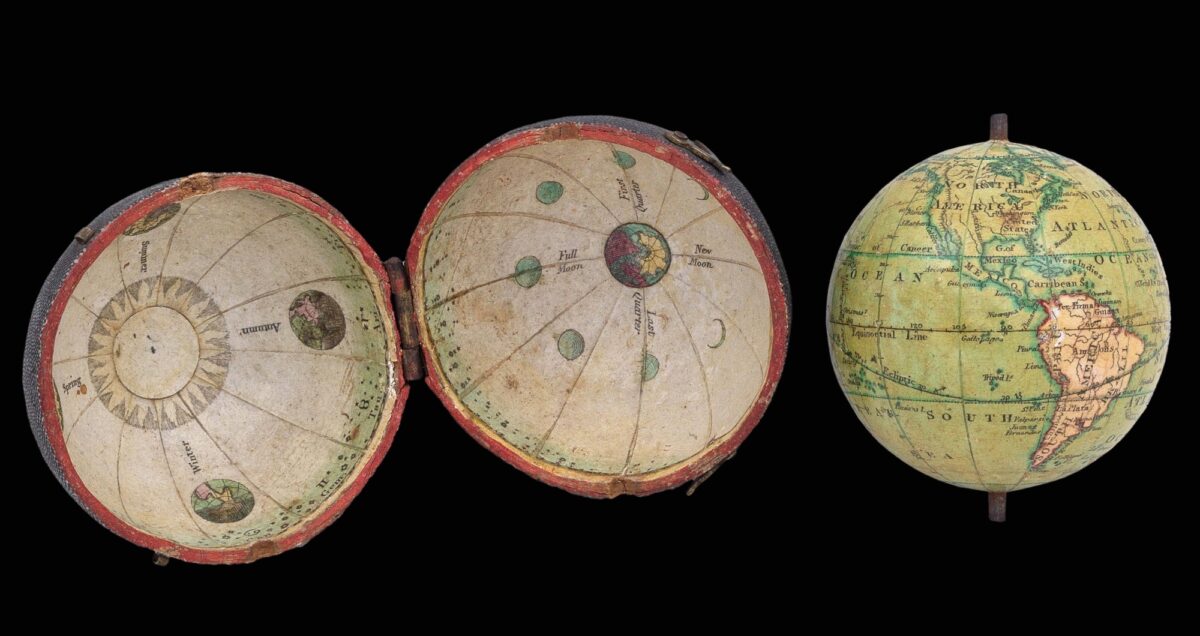 Geography
This globe is one of the smallest produced by the Newton firm measuring just 51mm (2 inches) — this particular example does not include his Chancery Lane address. The ecliptic is graduated in days and shows the symbols of the houses of the zodiac. The meridian is labelled ​“Meridian of London”, and the oceans show the tracks of Captain Cook’s three voyages. The discoveries of Matthew Flinders, before he was captured by the French in 1806, are apparent in the coastline of Australia. Van Diemen’s Land is separate from New Holland, and ​“Port Jackson” and ​“Botany Bay” are both marked, along with ​“French Dis.” along the South Australian coastline.

Astronomy
The sphere lines the inside of the case and shows the signs of the zodiac and the phases of the moon, as well as the position of the earth relative to the sun at each season.
/