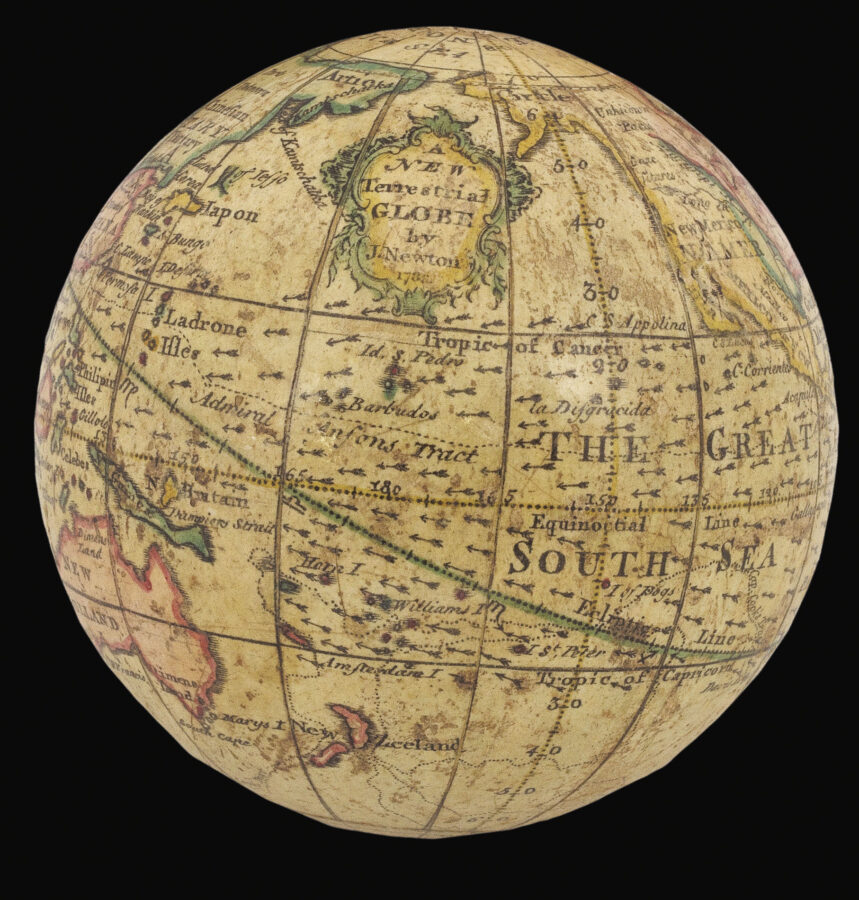 Geography
Newton used Hill’s copper plates from his 1754 pocket globe for the present globe with a number of alternations and updates. He has changed the text within the cartouche to feature his own name, however he retains the rococo cartouche that Hill used. Newton added Captain Cook’s track and updated the Australian coastline with his discoveries, including ​“New Holland”, ​“New South Wales”, ​“Botany Bay”, ​“Dimens Land”, ​“Lewins L[and]”, the ​“I[sles of ] St Francis” and ​“New Zeeland”.

The globe shows the equinoctial graduated in degrees, and the conforming ecliptic is highlighted in green. The prime meridian passes through London, and the principal land masses are outlined in colour and annotated with some of the major rivers and mountain ranges. The oceans show the winds with islands labelled and printed with dotted lines for Admiral Anson’s Tract and the tract of Captain Cook’s first voyage in 1760, while, the North Pacific region features a rococo scroll title cartouche.

Astronomy
The gores are pasted to the inside of the case, and the cartography features stars expressed in varying orders of magnitude and allegorical representations of the constellations finely executed. 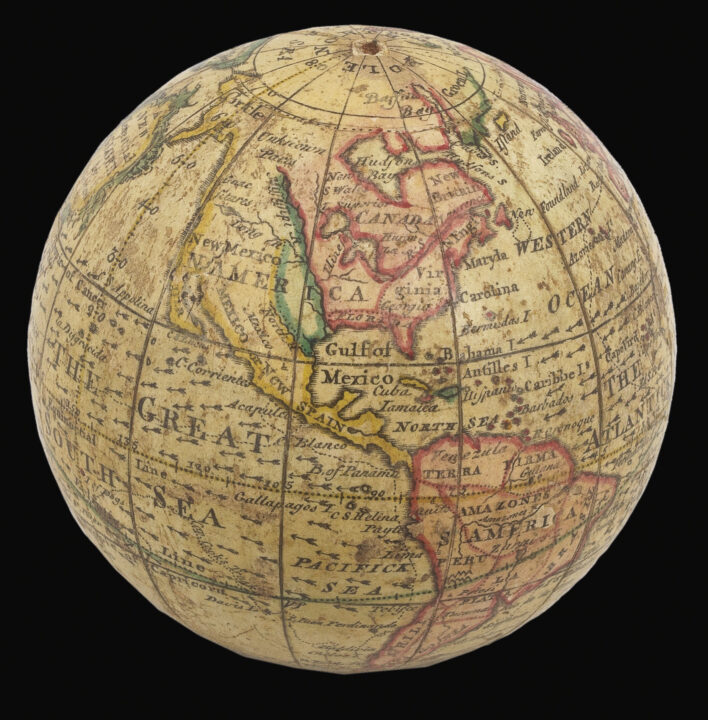 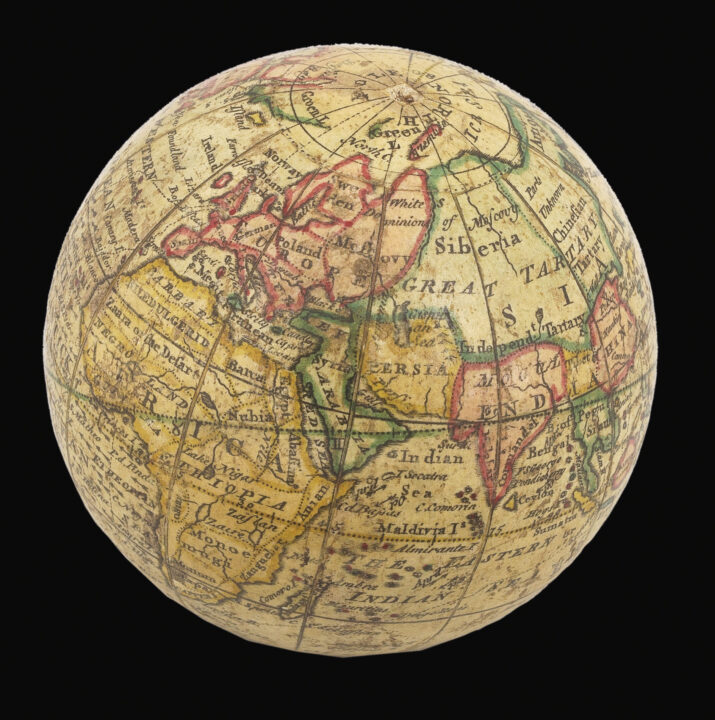 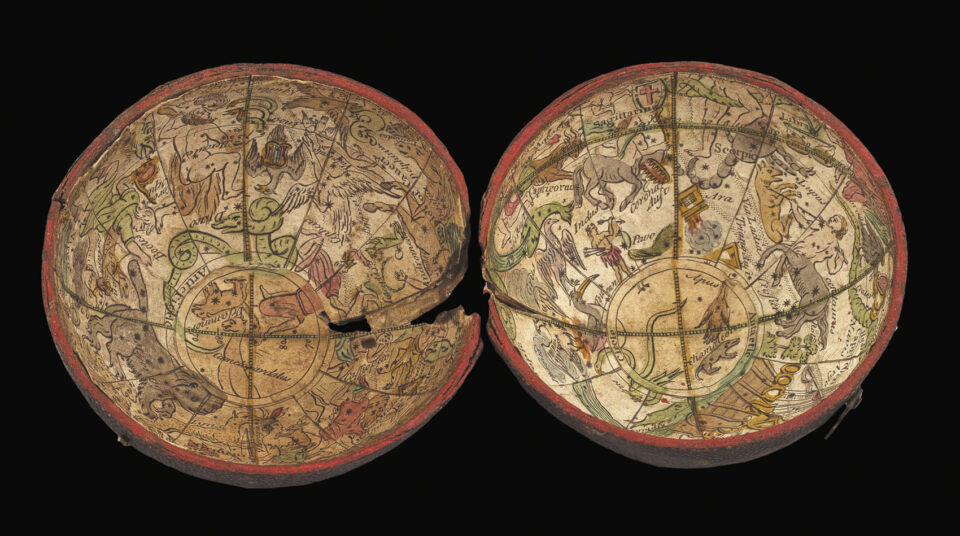