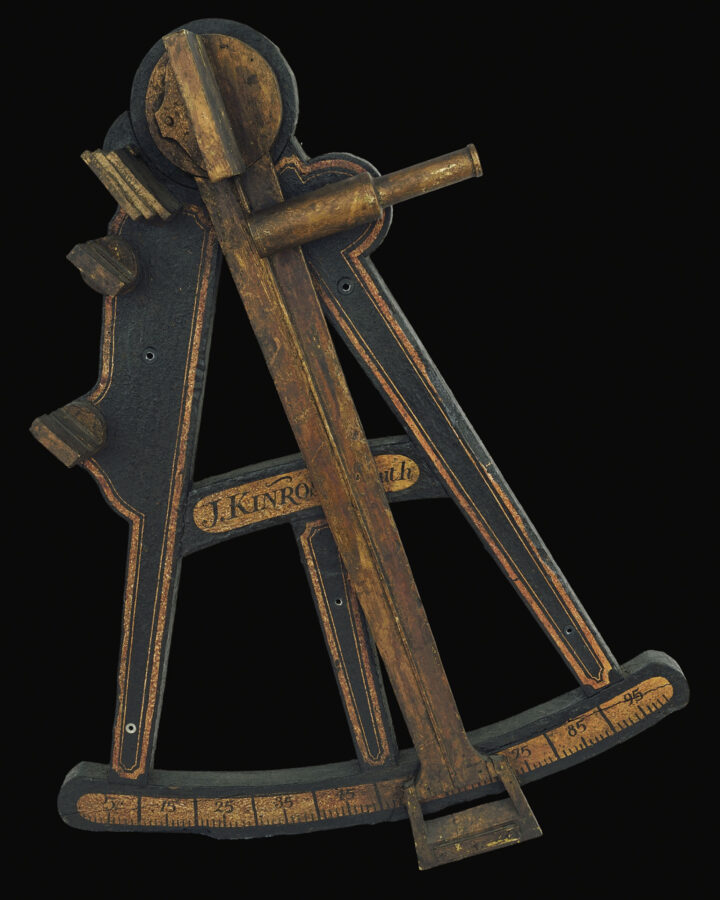 Given the long nautical history of Massachusetts, a surprisingly small number of the Massachusetts craftsmen working before the end of the eighteenth century produced nautical scientific instruments. The Bedford Whaling Museum lists only three in their archives; Josiah Muller, Joseph Halsey and John Dupee. Silvio A. Bedini, who made a considerable study of the ​‘Early American Scientific Instruments and Their Makers’, in his book of 1964, points out that the earliest manufactures in the colony were based in and around Philadelphia, which is the case with clockmakers David and Benjamin Rittenhouse and the Chandlee family. By the mid-nineteenth century, it is a different story, and instrument makers in Massachusetts have multiplied four-fold, with the firm of Edmund Samuel Ritchie continuing to trade well into the twentieth century.

We can find no mention of a J. Kinross, as instrument maker, in the archives at Bedford, nor the Peabody Museum. However, Bedini notes that nearly all of the surviving examples of wooden surveying compasses etc, come from makers in New England, particularly from Boston and Plymouth. 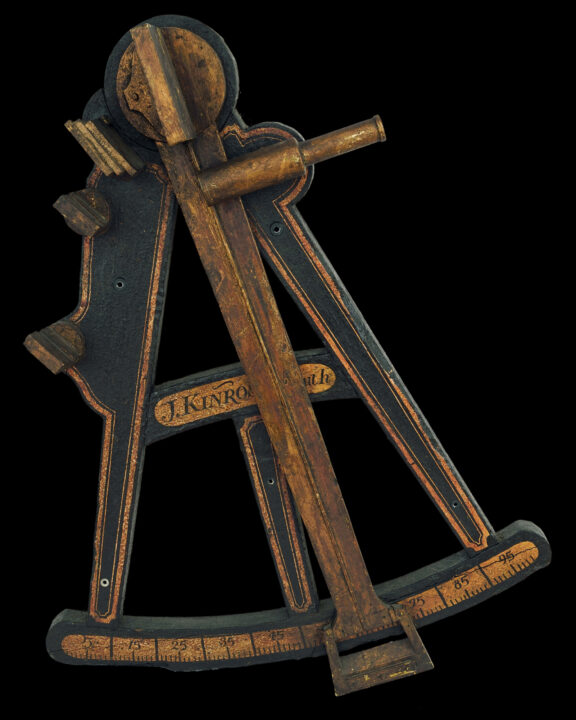