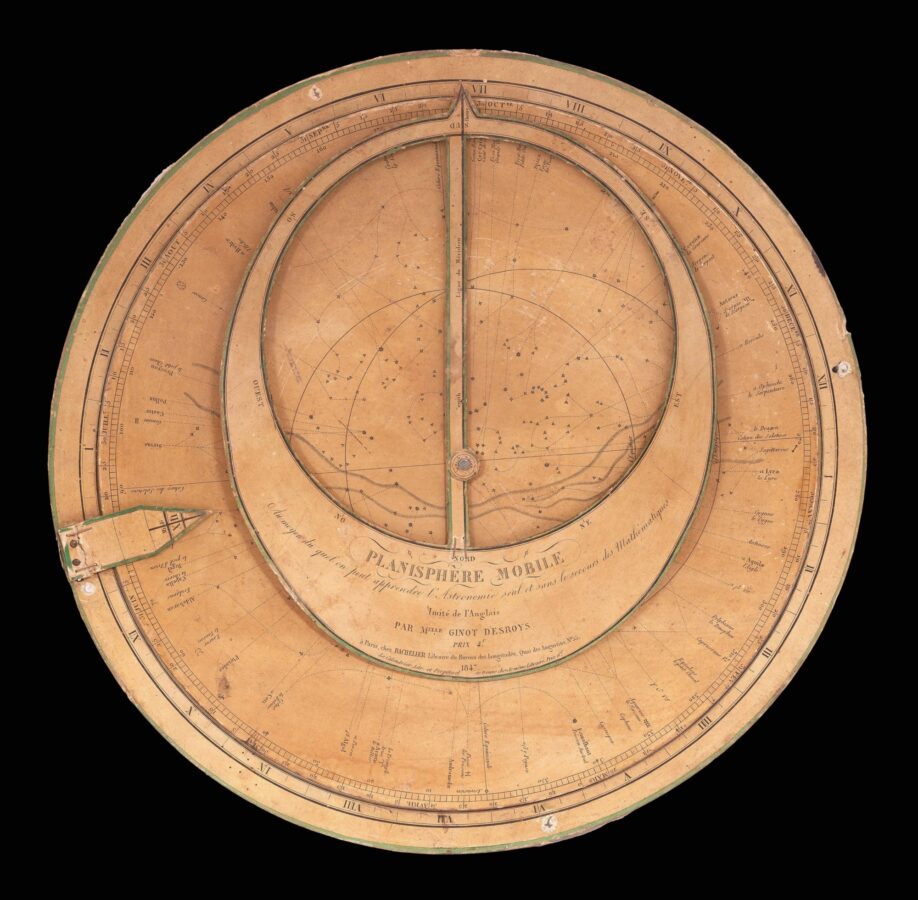 Geography
The cartography is based on the planisphere made by the astronomer Alexis Jarrin, the Chief Geometer of the Department of Ain, France. The stars and constellations are given both their Latin and French name. The instrument is comprised of four pieces. At the top and centre is the smallest disc, the ​“Etoile Solaire”, or North Star; then an elliptical compass window and pointer; which moves across the third disc to reveal the constellations of the night sky at any given date; which in turn can be aligned with the last and largest disc which is marked by the hours of the day or night. Instructions, for this seventh edition of Des-Rois’ planisphere appear on the verso.