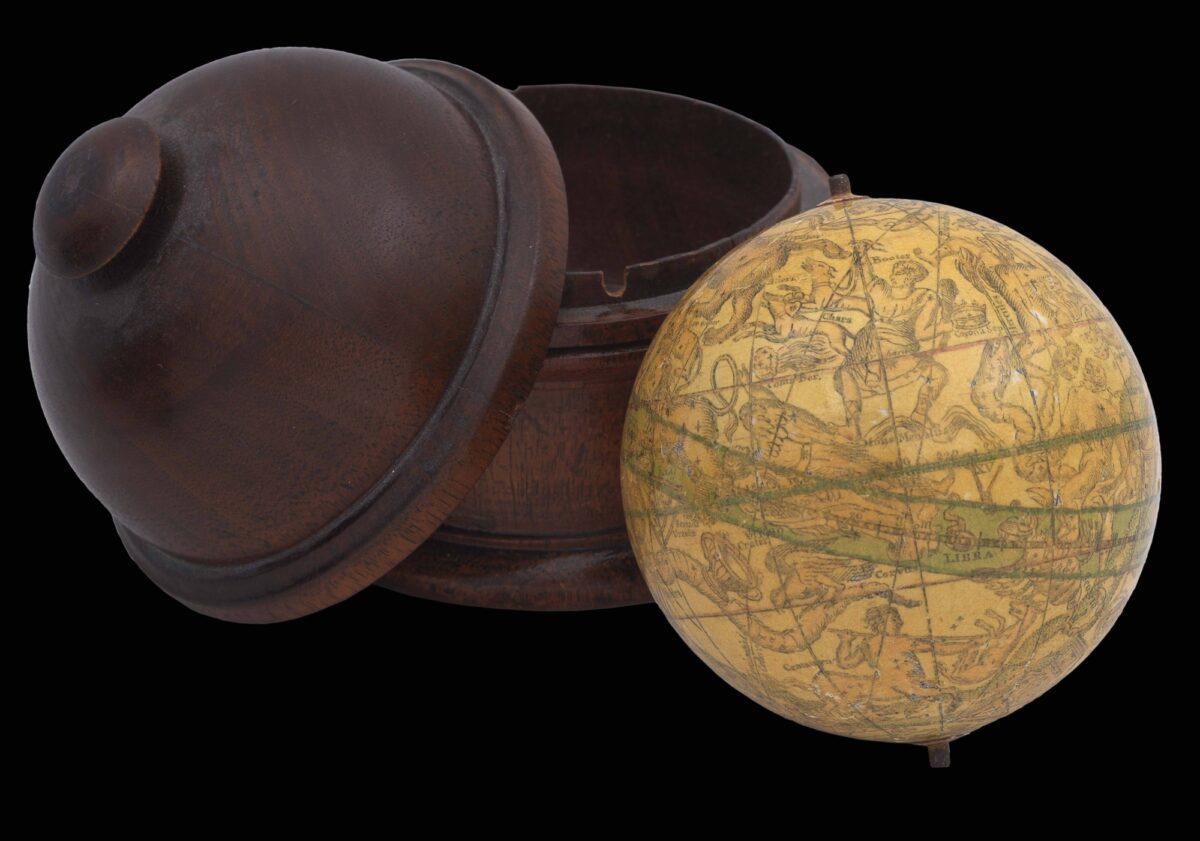 A fine globe showing the development of celestial cartography by three successive globemakers.

Biography
The present globe is the work of Nicholas Lane (fl1775-1783), whose business was particularly associated with pocket globes. Lane is best known for producing a very popular 70mm (2.75 inches) globe in around 1779. The globe would be updated in 1807 by his son Thomas Lane (fl1801-1829), who continued to revise the globe up until the 1820s; not only did he sell the globe under his own name, but he also sold them wholesale. Lane’s globes were engraved by Prockter.

Astronomy
This celestial globe follows the cartography of the celestial gores lining the case for the pocket globe subsequently issued by the Lane firm, and are taken from the Adams-Ferguson plates. Lane has added hour angles along the equator in the southern hemisphere and a zodiacal belt along the ecliptic.