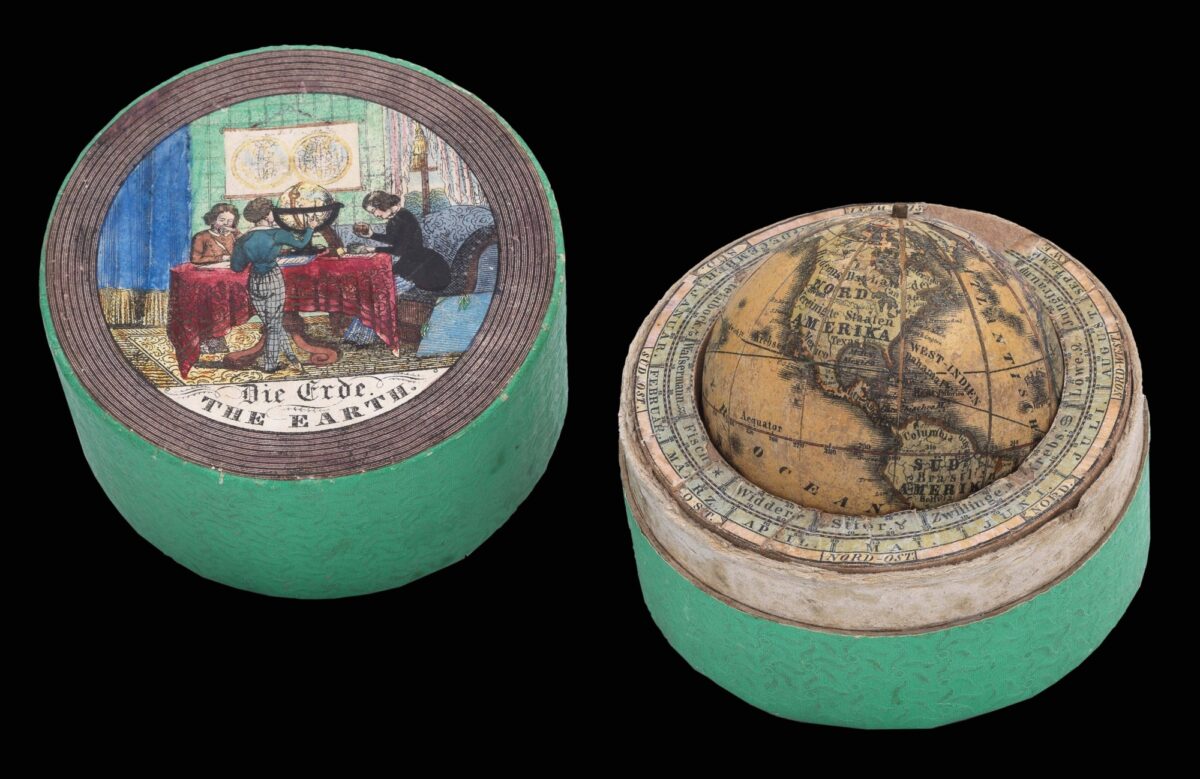 It’s all German to me

Biography
Johann Georg Klinger (1764–1806) was the most prominent globe-maker of his time. An art dealer and publisher, he founded his workshop in the 1790s and worked in collaboration with the engraver Johann Bernhard Bauer (1752–1839). The globes they offered were available in different languages and sizes. At first, Klinger improved the globes of an earlier manufacturer, Johann Philipp Andreae (c1700-after 1759), and later, between 1790 and 1792, he produced his own pair of globes with the latest discoveries of Cook and the astronomer Charles Messier. After Klinger’s death, the firm was continued by his widow under the name ​‘J. Klinger’s Kunsthandlung’. In 1831 it was bought by Johann Paul Dreykorn (1805–75), who kept the same name, whilst when the merchant Carl Abel bought it in 1852, the name was changed to ​‘C. Abel Klinger’.

Geography
The cartography, given in German, features more details than Klinger’s earlier pocket globes and would have been an educational tool for children, as indicated as indicated by the illustration on the box. The Great Wall of China is shown, and the south polar region has the label ​“Wilk Ld”, dating this globe after its discovery in 1840–1842, and therefore after Klinger’s death. ​“Texas” is identified as a separate entity, although it was admitted to the Union in 1846. The equator and ecliptic are both labelled. 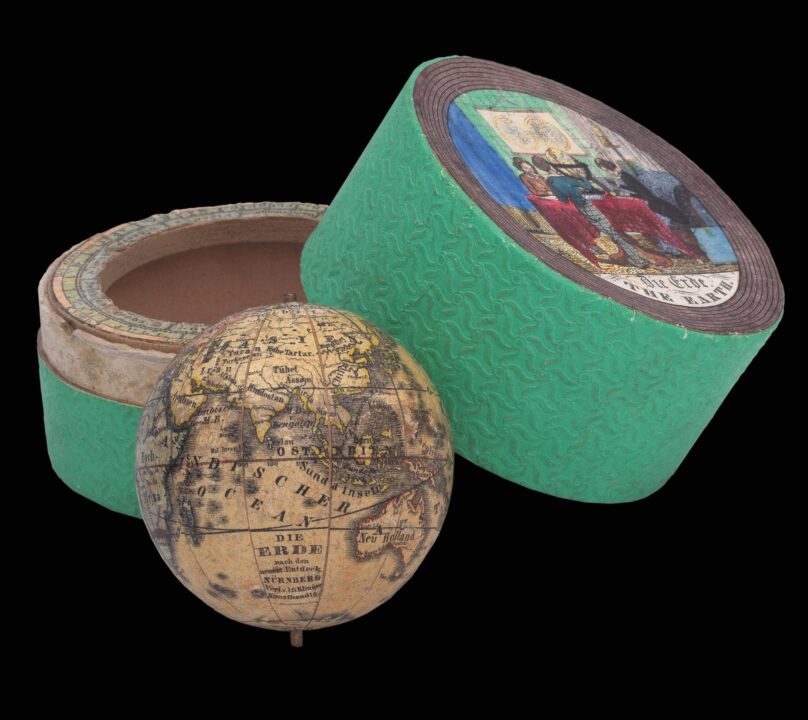