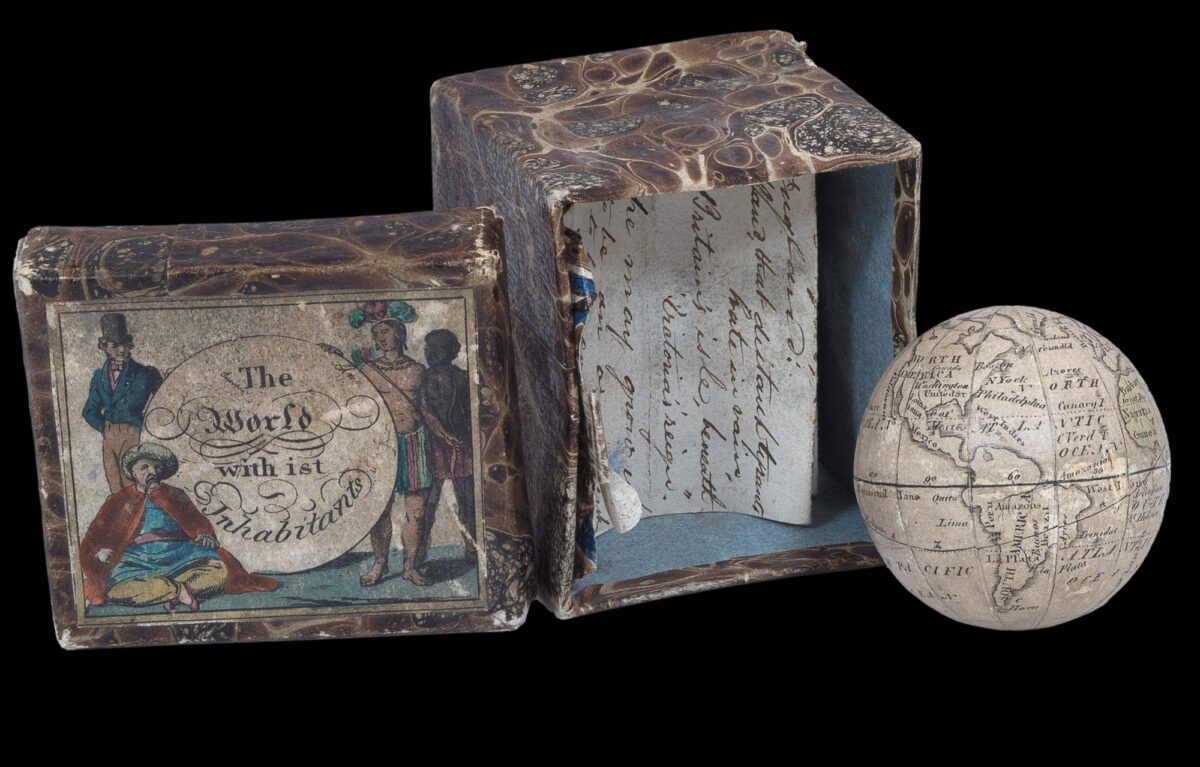 The World with ist Inhabitants.

The globe has the initials ​“MCB” in the north Pacific, standing for Carl Bauer.

Biography
Carl Johann Sigmund Bauer (1780–1857) was the son of Johann Bernard Bauer (for a biography of Johann Bernard Bauer see item 34). Like his father, Carl Bauer made scientific instrument and globes from his workshop in Nuremberg. Along with his brother Peter, Carl Bauer is best known for his miniature globes published for the educational market.

Geography
The globe offers only minimal information with the names of the continents and a few countries provided, all written in English. Tierra del Fuego is marked as ​“Fireland”.

The box lid has a label with the word ​“its” misspelled. The concertina- folding panorama shows a single figure on each panel in traditional clothing of a different nationality or ethnic group. They include, in addition to many Europeans, people from Turkey and Arabia, Persia, China, Russia, Africa, Canada, the Caribbean, Mexico, Tasmania, Tonga, and Australia.