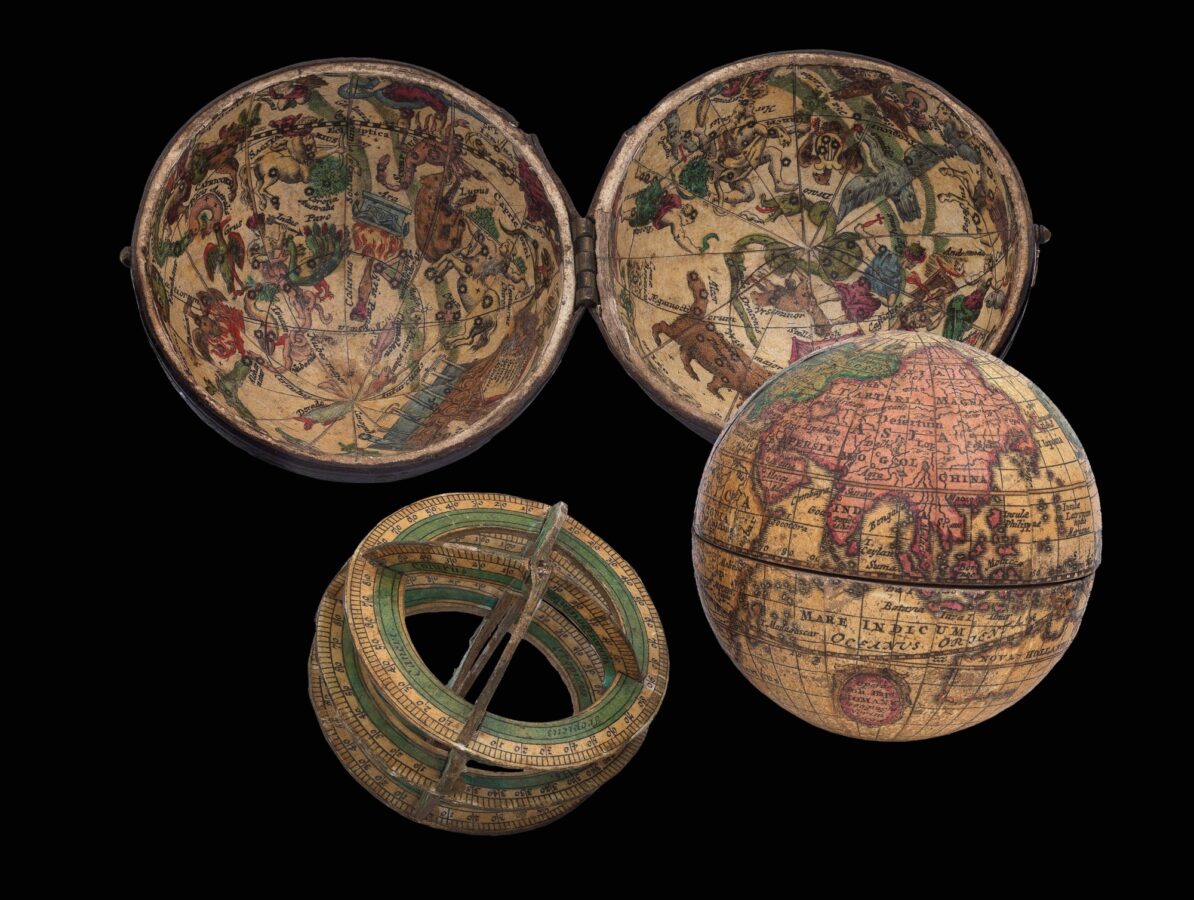 Homann was appointed Imperial Geographer to Charles VI in 1715, and produced his great work the following year, ​‘Grosser Atlas uber die ganze Welt’. Homann was well placed to take advantage of the decline of Dutch supremacy in cartographic publishing, and he became the most important map and atlas producer in Germany. After his death, the company was continued by his son Johann Christoph. When Johann Christoph died in 1730, the company continued under the name of Homann Heirs until 1848.

Geography
Homann is only known to have produced one pocket globe. Although the present example reflects an earlier issue than previously identified, it does not include Homann’s title as Imperial Geographer, which he received in 1715. The globe features cartography plotted from recent observations of the Académie Royale des Sciences in Paris. In addition to his collaboration with Doppelmayr, Homman published the gores of George Christoph Eimmart’s globes in his atlases, which would have provided additional cartographic information. The equator is graduated and shows ecliptic and prime meridian. None of the Antarctic continent appears, nor is there a coast to northwestern Canada, or eastern Australia. ​“New Zeeland” and ​“Diemans Land” are shown only in part, and California is shown as an island.

Astronomy
The celestial cartography appears on the inside of the clamshell case is graduated in degrees, the ecliptic is graduated in days of the houses of the Zodiac with sigils and the constellations are brightly coloured and depicted by mythical beasts and figures and some objects, with names in Latin. A cartouche gives the stars and nebulae to six orders of magnitude.