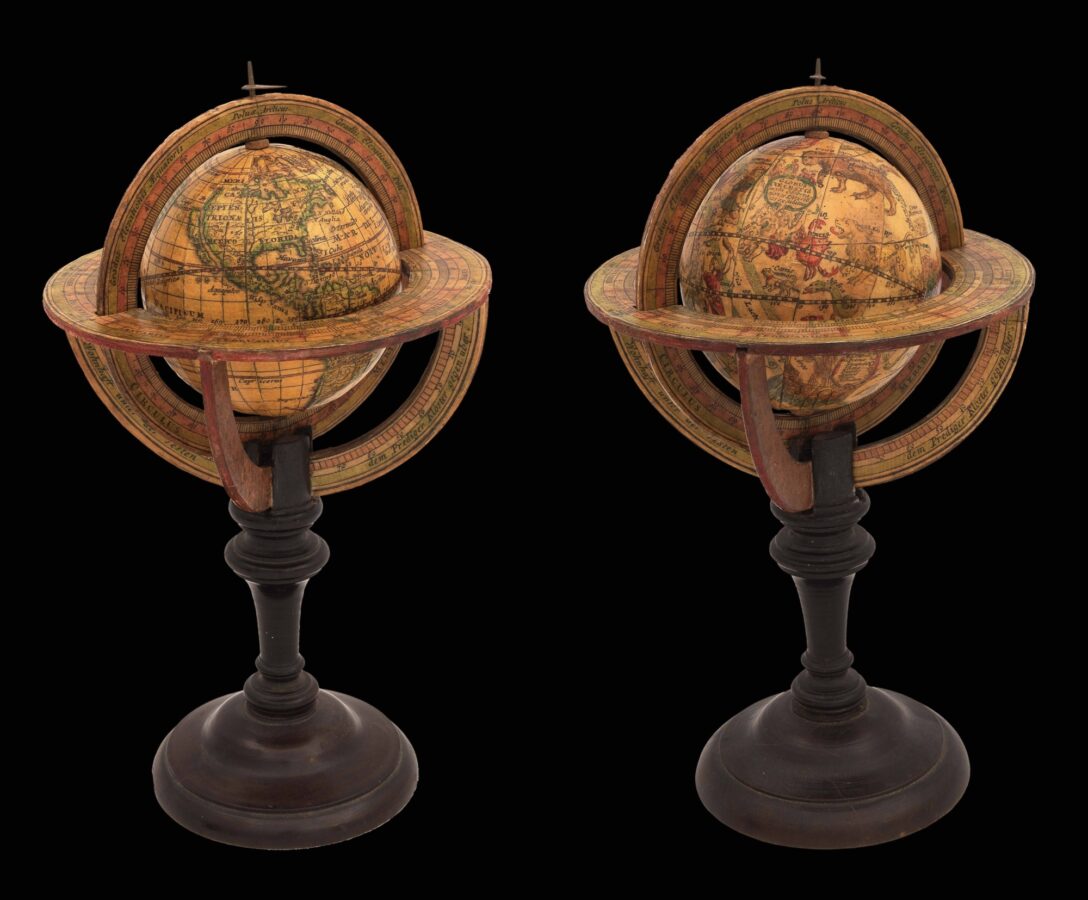 A fine pair of globes from the official mapmakers to the emperor.

Homann was appointed Imperial Geographer to Charles VI in 1715, and produced his great work the following year, ​‘Grosser Atlas uber die ganze Welt’. Homann was well placed to take advantage of the decline of Dutch supremacy in cartographic publishing, and he became the most important map and atlas producer in Germany. After his death, the company was continued by his son Johann Christoph. When Johann Christoph died in 1730, the company continued under the name of Homann Heirs until 1848.

Geography
The cartography follows Homann’s pocket globe of c1700 with armillary sphere inside (see item 7). The present globe features an updated imprint on the cartouche stating ​“Opera Joh. Bapt. Homann Sac. Caes. Ma. Geographi Noriberg”. The ​“Sac. Caes. Ma.” indicates that Homann had been named official mapmaker to the emperor in the time between these two globes’ publications. It is rare to see a globe with this imprint.
The equatorial line is graduated in degrees, the ecliptic in degrees and showing the symbols of the signs of the Zodiac. Both are labelled. The prime meridian of Ferro is graduated in degrees, but not labelled; the tropics and the polar circles are drawn and labelled. The continents are coloured in outline showing rivers, mountains and (coastal) cities. California is depicted as an island, the coastline of Australia, ​“Nova Hollandia”, is incomplete, but with Torres Straight between the continent and New Guinea drawn.

Astronomy
The imprint on the celestial globe also includes the reference to Homann as an official mapmaker to the emperor. The equatorial and the ecliptic are graduated, the polar circles and tropics are drawn and labelled. The 42 Ptolemaic and the non-Ptolemaic constellations are labelled and drawn.
/