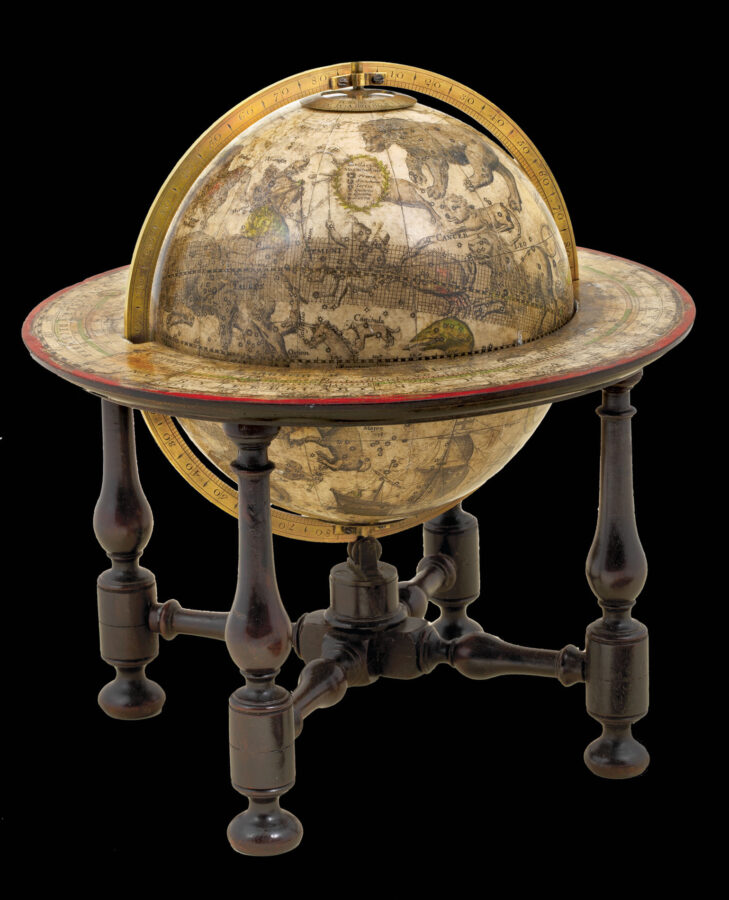 Nathaniel Hill was a surveyor, mathematician and instrument maker active between 1746 and 1768 in London. He started his career as an apprentice globemaker to Richard Cushee, who in turn had been Charles Price’s apprentice. His shop was ​‘at the Globe and the Sun’ in Chancery Lane, and his trade card advertised ​‘New and Correct Globes’ of three, nine, 12 and 15 inches, although examples of some of these sizes have not survived, or possibly never produced. Hill’s most popular items were the three and nine inch globes, which he published as pocket globes, mounted on a stand, or for orreries. His gores were later acquired by John Newton, who reissued the pocket globes in 1783.

The terrestrial globe demonstrates the cartographical confusion that still surrounded some areas of the world. Hill’s lack of knowledge of northwest America, as shown by the inscription ​‘Parts Unknown’, leaves a substantial part of the continent blank and the coastline unfinished. The title cartouche has been strategically placed in the Pacific Ocean between America and Asia to avoid having to define the area more clearly. The cartouche is bracketed by a male figure possibly meant to represent Perseus (note the shield with a head of Medusa by his side), a female figure holding a pair of dividers, and a putto. The Bering Strait separating America and Asia appears but is unmarked, probably because its relationship to the northwestern American coastline was still not properly understood, although Vitus Bering had been the first European to sail it in 1728. Australia appears, albeit very out of shape, marked as ​‘New Holland’, and a tiny section of ​‘New Zeeland’, after the discoveries of Abel Tasman. The Antipodes would not be properly explored until the expeditions of James Cook, over a decade after this globe was made.

The globe also incorporates a host of new discoveries and voyages, with a patriotic preference for British adventurers. A line shows the route taken by Admiral George Anson, who circumnavigated the world from 1740 to 1744. The expedition set out to wreak havoc in the Spanish Main, and made a dramatic return to London with a captured galleon, only a tenth of the crew still alive and Anson in disgrace for summarily shooting a drunken crew member. The explorations of the English sailors John Davis, Henry Hudson and William Baffin are included in the Arctic.

The celestial globe shows the constellations drawn as figures over their star charts. There is a key showing the various sizes and brightness of individual stars. 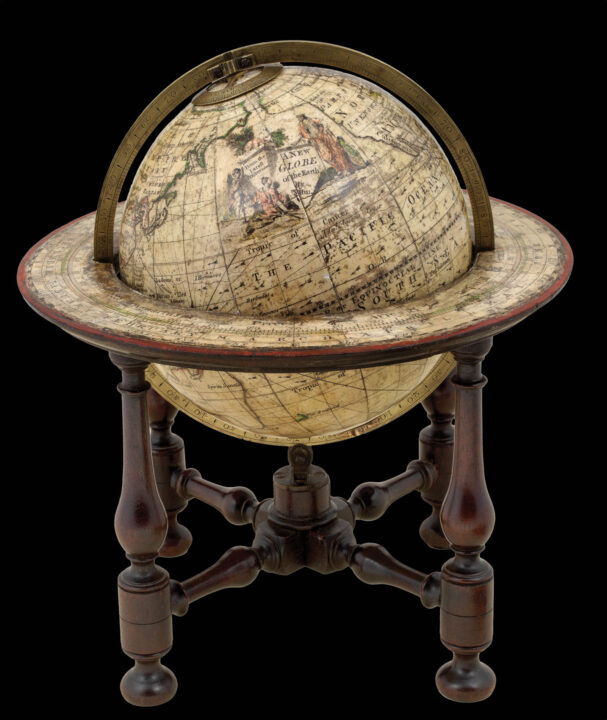 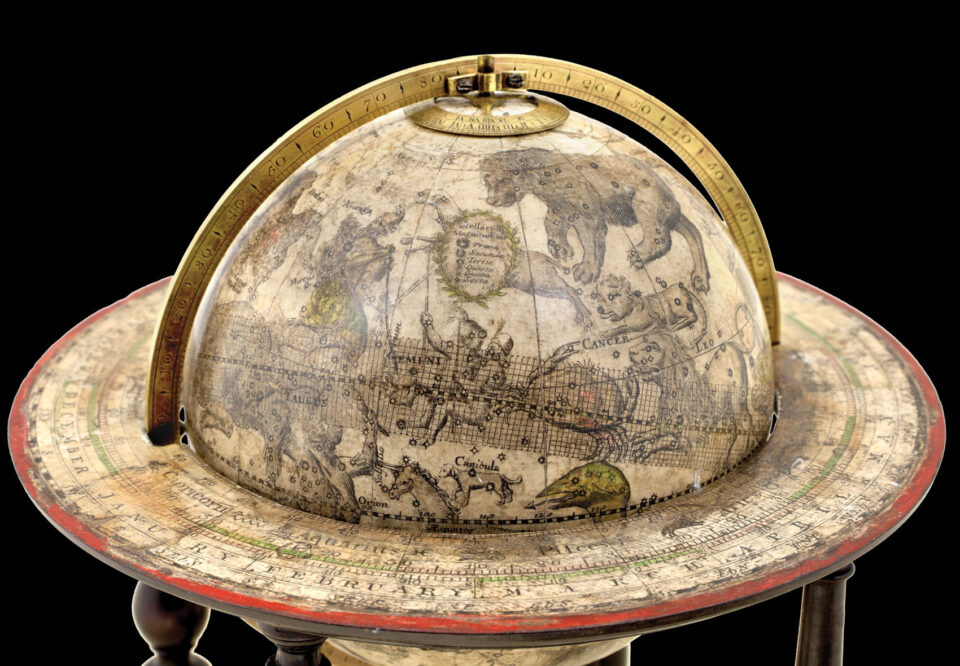 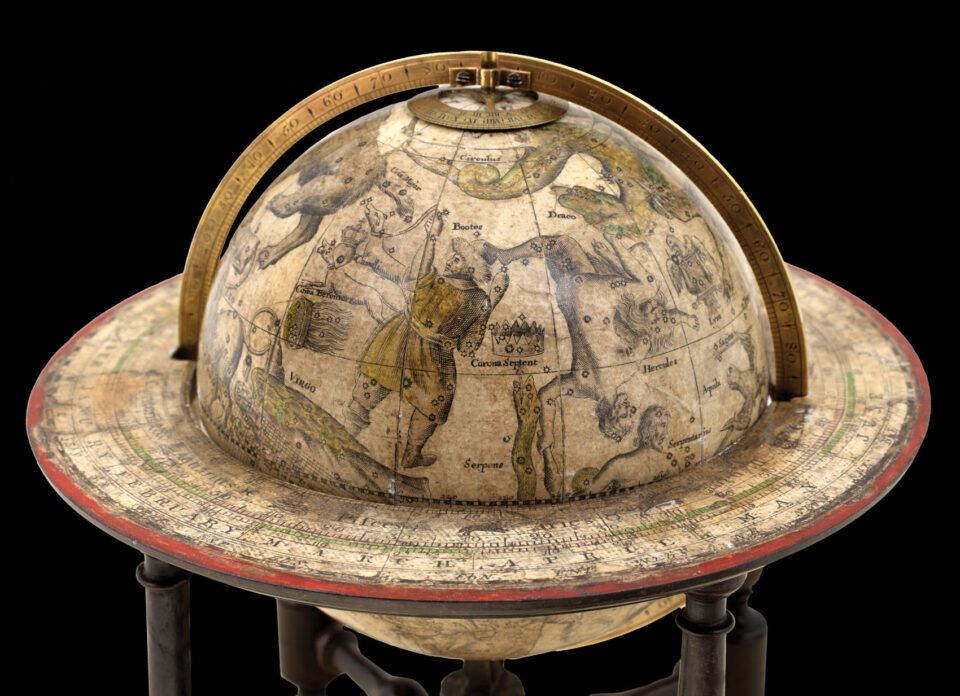 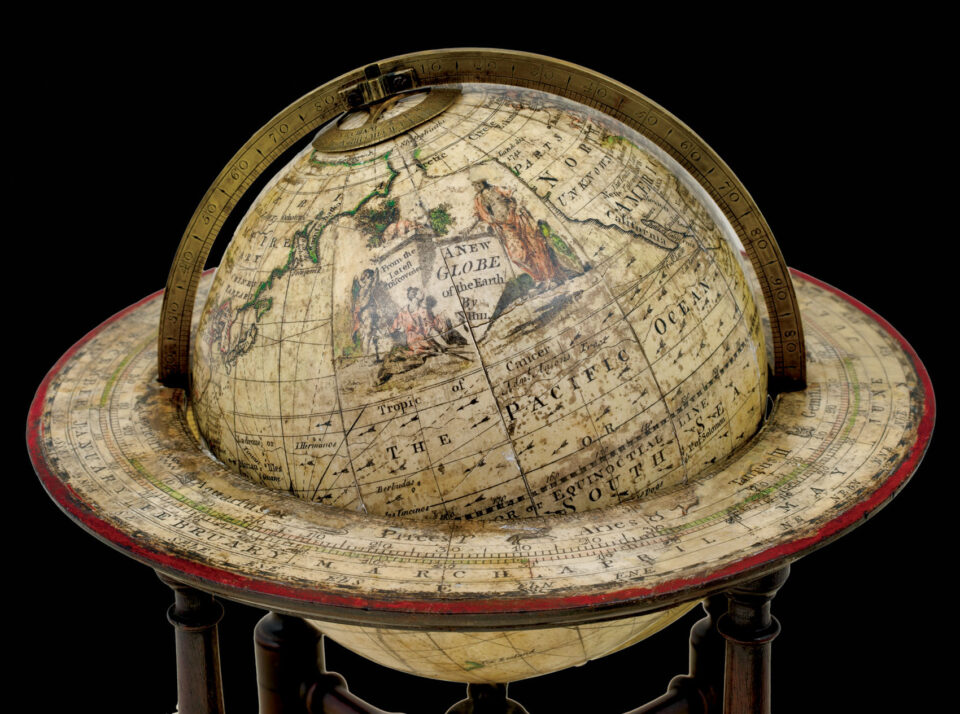 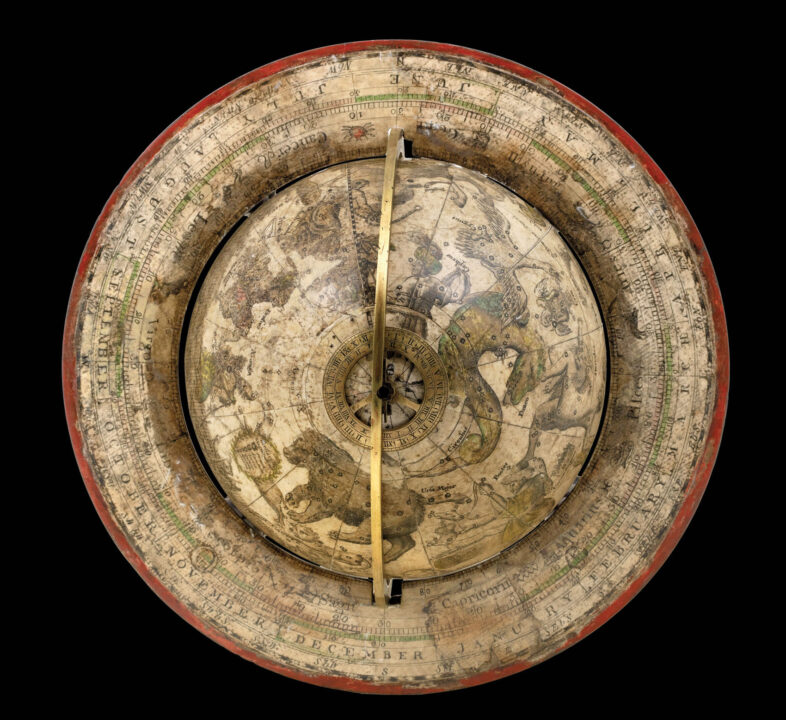 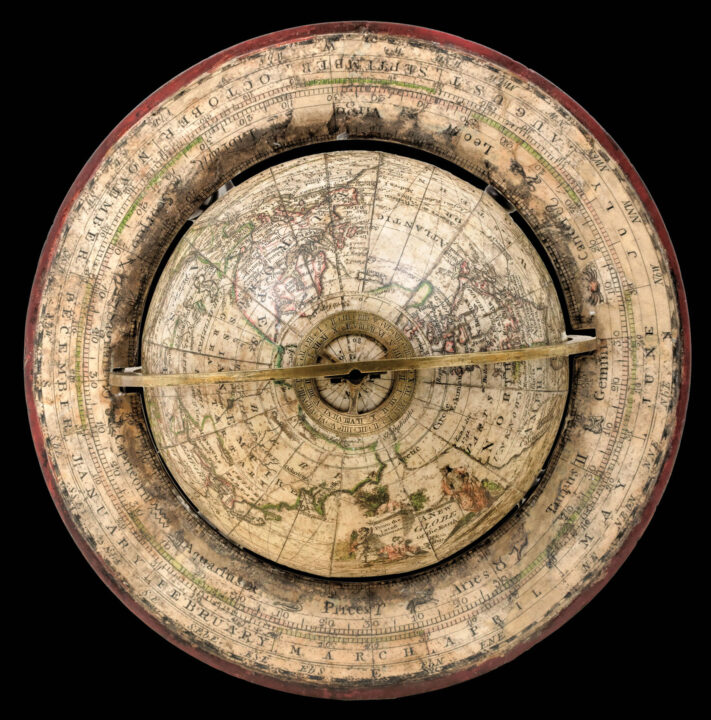