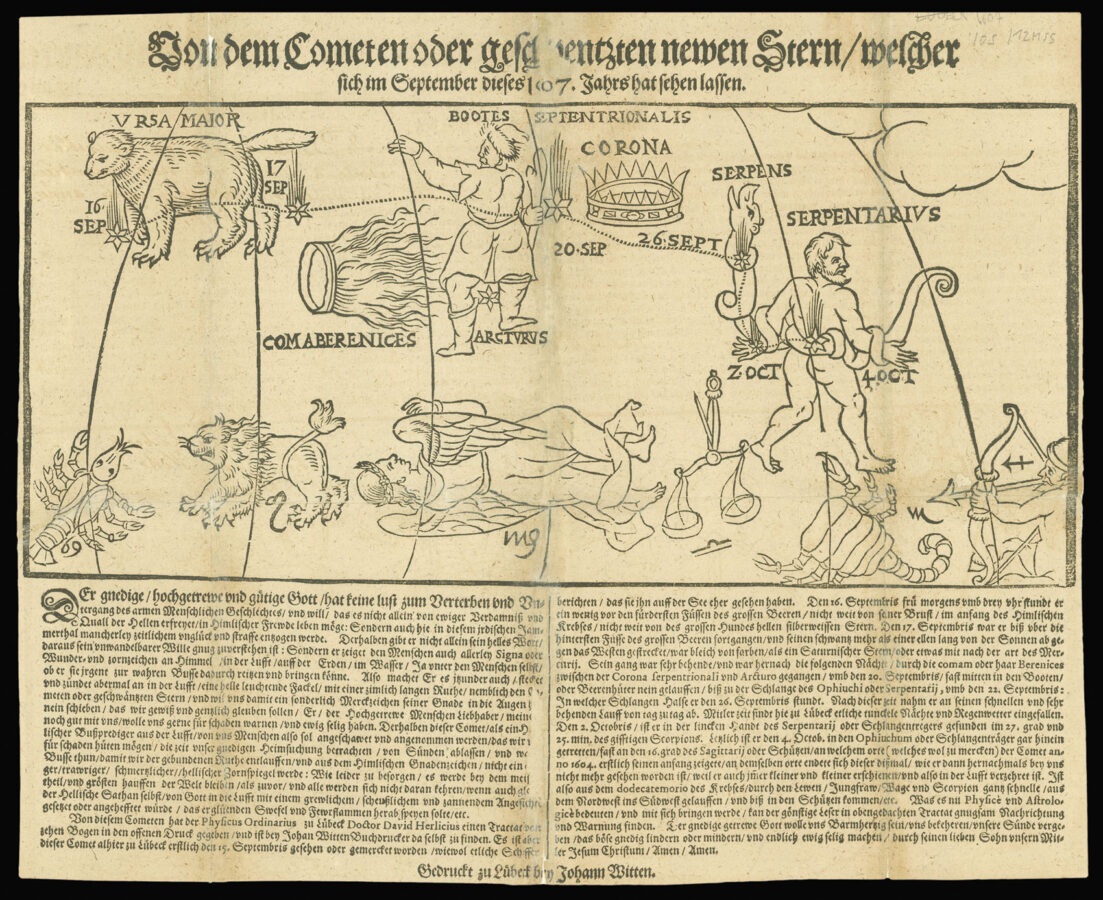 Rare broadside, showing the track of Halley’s Comet through the sky in September of 1607.

The large woodcut shows figurative constellations with the track of the comet. The text below gives information upon the comet and the constellations. Halley’s apparition in 1607 would be the last before the invention of the telescope. Therefor astronomers such as Kepler and Herlitz were forced to use the naked eye.

The belief at the time — forward by Kepler — was that the comets formed spontaneously out of the ​‘ether’ of the sublunary sphere. The tail arose from the release of cometary paticles through rays from the sun like mist or steam. It was also believed that if the comets tail came into contact with the earth, it would bring death and destruction.

Daniel Herlitz (or Herlicius) was Professor of Natural Philosophy in Lübeck.

Rare we are only able to trace one institutional example in the Nuremberg University Library.