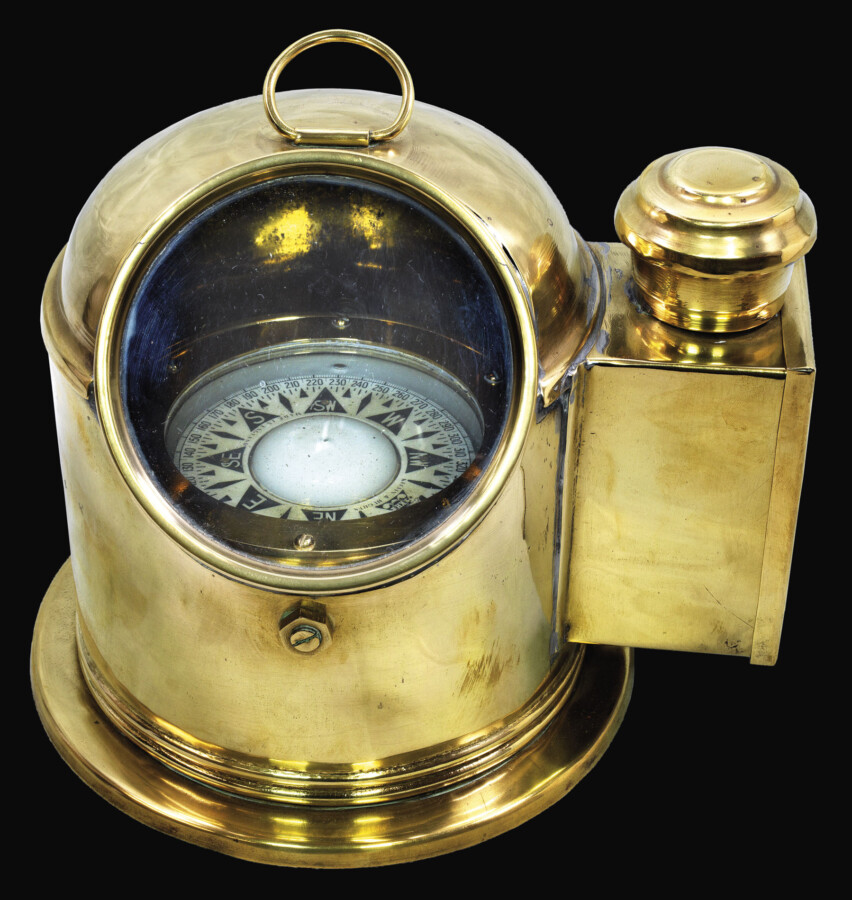 A compass used for lifeboats.

The traditional purpose of the binnacle was to hold the ship’s magnetic compass, mounted in gimbals to keep it level while the ship pitched and rolled.

The company Kelvin Hughes was formed in 1947 by the merger between the scientific instrument manufacturing firms of Henry Hughes & Son, London, and Kelvin Bottomley & Baird, Glasgow.