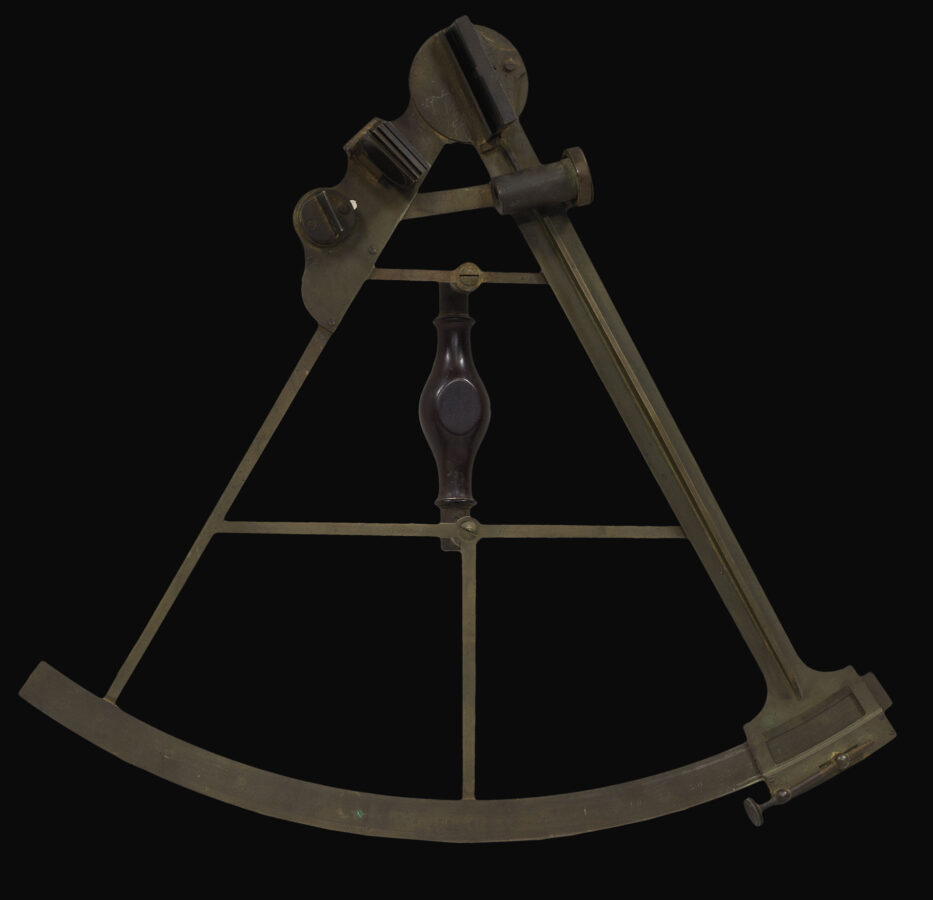 George Vancouver’s sextant, most probably used by him during Captain Cook’s second and third voyages.

George Vancouver (1757–98) was one of the great navigators and explorers of the eighteenth century. He completed one of the most difficult surveys ever undertaken, that of the Pacific coast of North America, from the vicinity of San Francisco to present-day British Columbia. His groundbreaking survey verified that no viable channel exists between the Pacific Ocean and Hudson Bay, in northeast Canada.

In 1771, Vancouver entered the Royal Navy aged 13, and accompanied Captain James Cook on his second (1772–75) and third voyages (1776–80). On his return Vancouver would see service aboard several ships policing the waters of the Caribbean. After returning to England in 1789, he took command of the expedition to the northwest coast of North America for which he is best known. Departing from England on April 1, 1791, he went by way of the Cape of Good Hope to Australia, where he surveyed part of the southwest coast. After stops at Tahiti and the Hawaiian Islands, Vancouver sighted the west coast of North America on April 17, 1792. He examined the coast with minute care, surveying the intricate inlets and channels in the region of Vancouver Island and naming, among others, Puget Sound and the Gulf of Georgia. By August he was negotiating with the Spaniards to take control of their former coastal station at Nootka Sound, off Vancouver Island. Continuing his coastal exploration in April 1793, he surveyed north and south to below San Luis Obispo, California. In 1794 he sailed to Cook Inlet, off southern Alaska, and, after a fresh survey of much of the coast north of San Francisco, sailed homeward via Cape Horn, reaching England on October 20, 1795. His voyage would be written up in ​‘A Voyage of Discovery to the North Pacific Ocean and Round the World…1790–95’, three volumes with an atlas of maps and plates, which was published after his death in 1798.

The sextant is the work of Jesse Ramsden (1735–1800), one of the leading instrument manufacturers in Britain. An ingenious perfectionist, Ramsden was notorious in equal measure across Europe for his unparalleled skill and woefully unpunctual delivery. He was also responsible for supplying instruments for some of the most famous expeditions of the era, including those of Captain James Cook; the Comte de Lapérouse; and George Vancouver. The present sextant, signed G. Vancouver on the vernier, was probably used by Vancouver during Cook’s second and third voyages, when he was midshipman on the Resolution, and Discovery respectively.

As a midshipman Vancouver would been responsible for many of the navigational measurements taken during the voyage, several of which would have involved Ramsden’s sextant. It seems Vancouver was not entirely satisfied with this instrument’s error and, with the confidence and maybe arrogance of youth, wrote a stiff enough letter of complaint that Ramsden — who brooked very little criticism — responded with a robust defence of it to the Board of Longitude, claiming the error was no more than a quarter of a minute of arc having re-tested it on Vancouver’s return. The instrument conforms closely to the example held by the National Maritime Museum, believed to have been taken by Cook on his Third Voyage, item number NAV1236.

Acquired unidentified in 2005 from the estate of a retired R.N. officer in Devon. 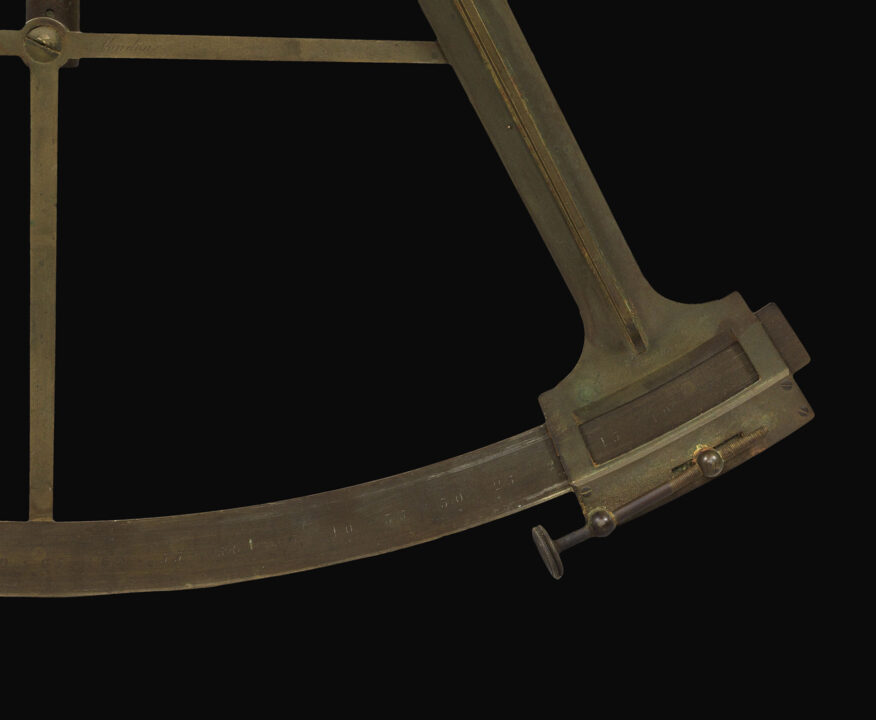 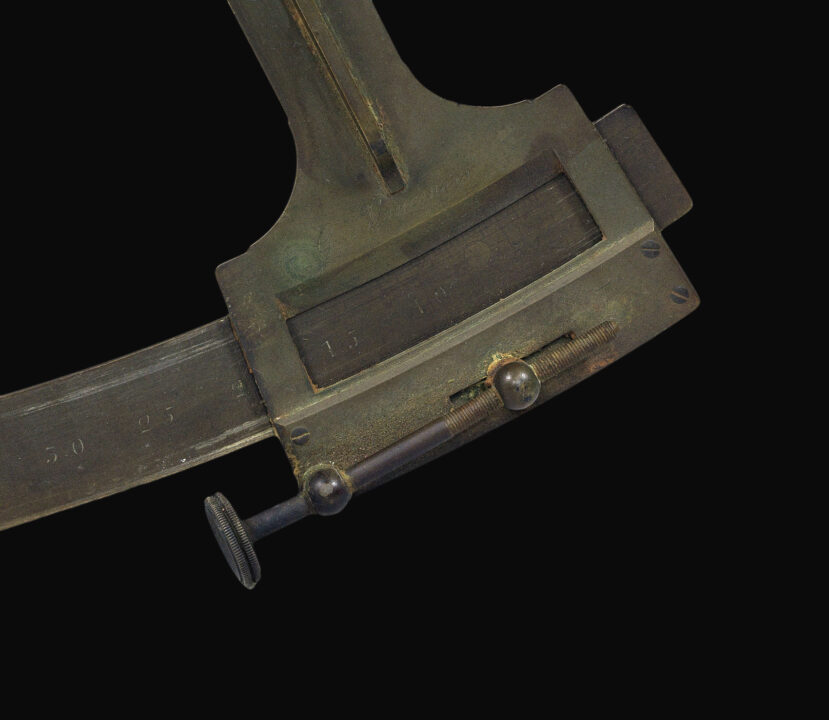