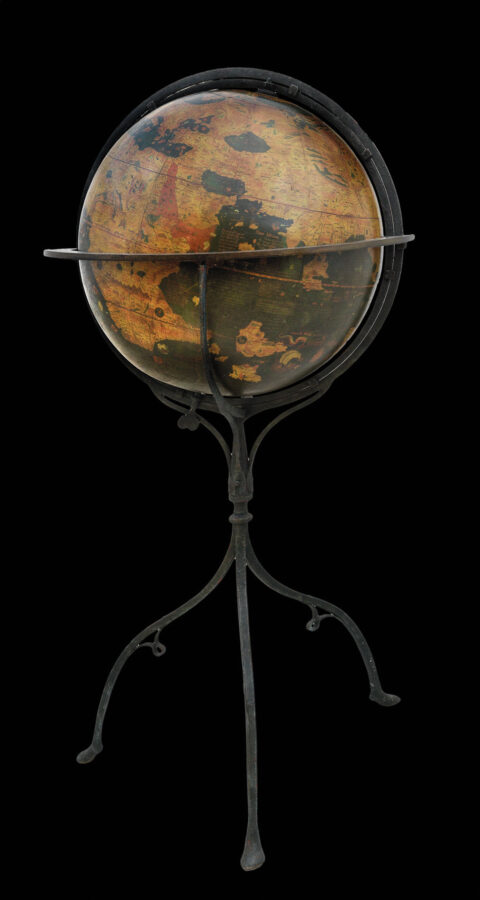 The Erdapfel (or earth apple) produced by Martin Behaim in 1492 is considered to be the oldest surviving terrestrial globe. It is constructed of a laminated linen ball in two halves, reinforced with wood and overlaid with a map painted by Georg Glockendon.

The Americas are not included, as Columbus returned to Spain no sooner than March 1493. The globe shows an enlarged Eurasian continent and an empty ocean between Europe and Asia. The mythical Saint Brendan’s Island is included. Cipango (Japan) is oversized and well south of its true position; Martellus’s map is followed in developing an enormous phantom peninsula east of the Golden Chersonese (Malaysia).

From its creation until early in the 16th century, it stood in a reception room in the Nuremberg town hall. After that time it was held by the Behaim family. In 1907, it was transferred to the Germanic Museum in Nuremberg. In 1992, it was moved to the Vienna University of Technology, to be studied at high resolution by the Behaim Digital Globe Project. In 2011, a second digitalisation by the German National Museum began. 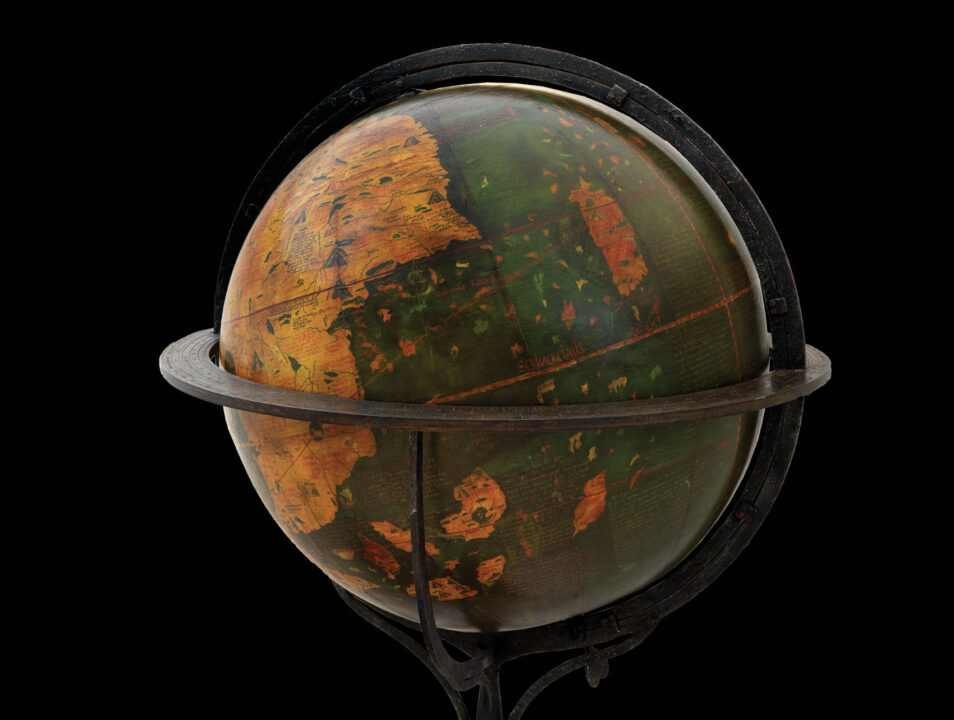 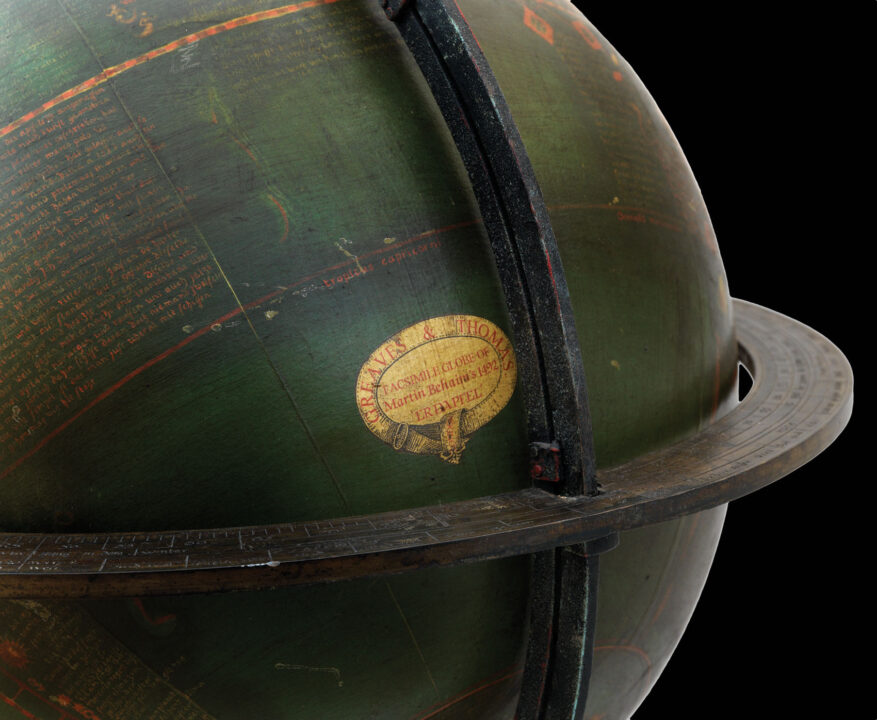 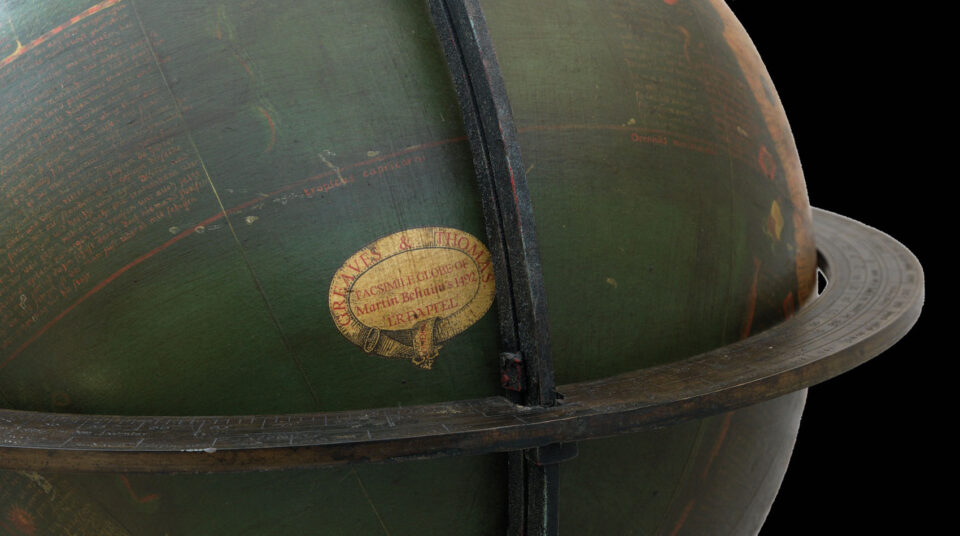