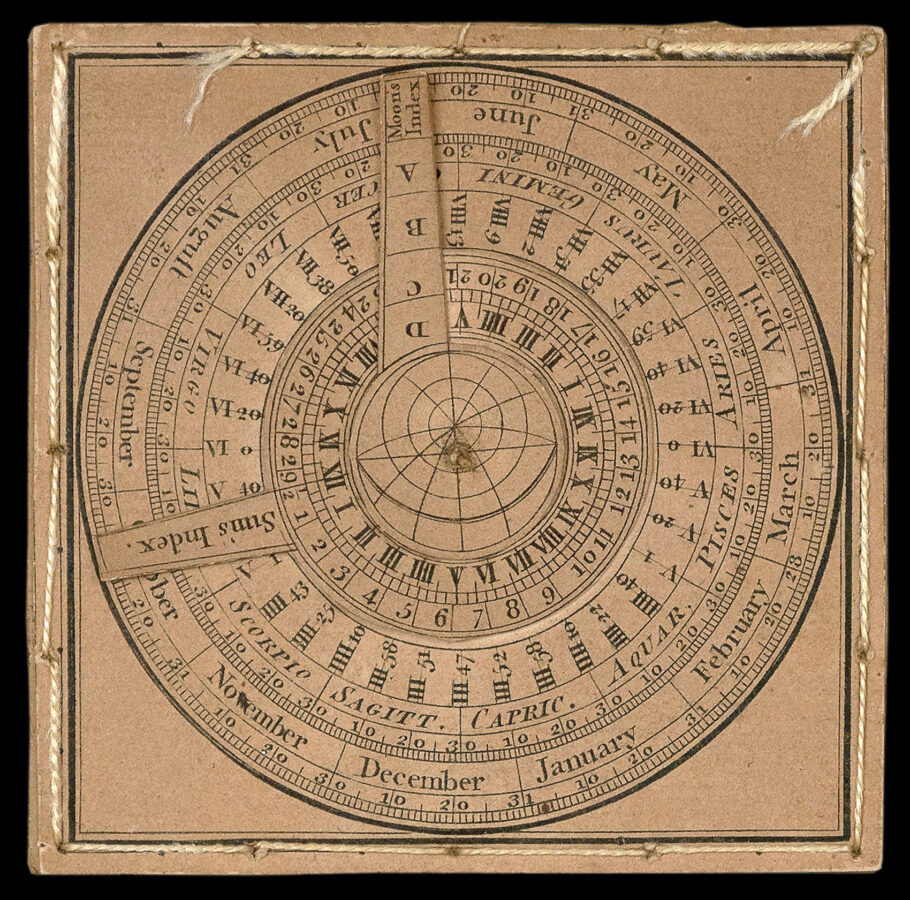 “On 18 November [Ferguson] advertised in the ​‘Bath Journal’ that he would begin a course of five astronomical lectures at Wiltshire’s Rooms on Monday 25 November, at 1p.m. Subscriptions were being taken in at Mr Leake’s and Mr Frederick’s bookshops, where ​“a Syllabus of the lectures may be seen”… In a footnote he mentioned that his ​“portable CARD-DIALS’ were sold at a shop in Wade’s Passage at a shilling each”. In a further advertisement he mentioned his card dials again, and also his ​“LUMINARIUM (a small portable instrument) for shewing the Day of the Month, Age of the Moon, Places of the Sun and Moon in the heavens, and times of their Rising and Setting every day of the Year for ever”; this was priced at 2s 0d. one of these devices was enclosed in his letter to [Hugh] Rose [eEq., of Geddes]. That particular example is no longer filed with the letter (at St Andrews university Library), but another, or possibly the same one, is at the Royal Scottish Museum in Edinburgh” (Millburn).

Extremely scarce. We are only aware of one other example: that held by the Royal Scottish Museum in Edinburgh.

James Ferguson, astronomer, instrument maker, lecturer, natural and experimental philosopher, was born in 1710 at Core of Mayen in the east-most corner of Banffshire. his father was a cottar and too poor to provide him with any formal education. However, his aptitude for learning soon became apparent. At seven, he learned to read by listening to his father teach the catechism to his elder brother. At ten, to earn his keep, he was sent to tend sheep for a neighbouring farmer, and what little spare time he then had was devoted to his developing interest in astronomy, making maps of the stars using beads and thread. 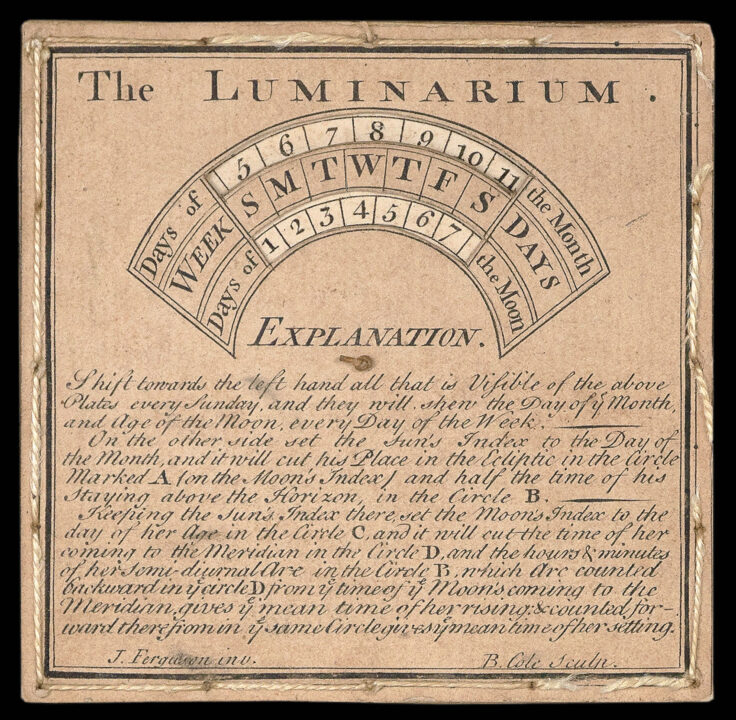