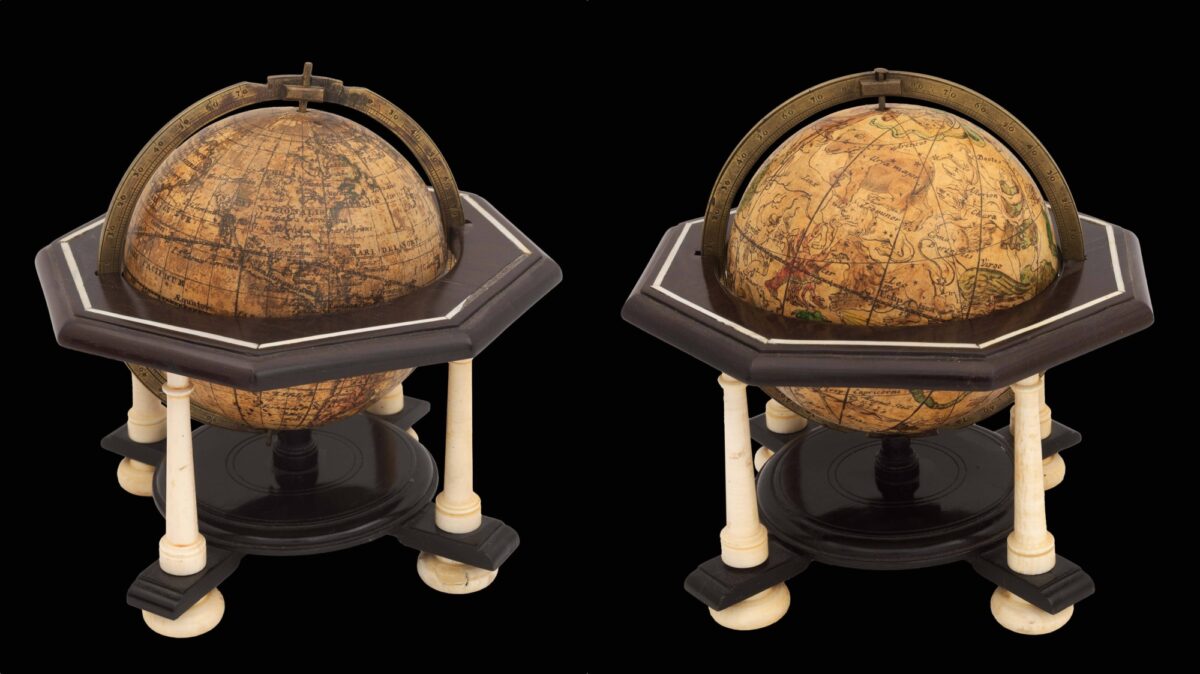 Biography
Johann Gabriel Doppelmayr (?1677–1750) was an astronomer and geographer who, from 1704 until his death, occupied the post of Professor of Mathematics at the Aegidien Gymnasium at Nuremberg. His activities as a globemaker formed part of his efforts to popularize the new scientific ideas of the Enlightenment in Germany. For that purpose, he translated several works into German, one of which was N. Bion’s work on globes. He also produced several celestial maps, which were later included into his most famous work ​‘Atlas novus coelestia’ of 1742, published by the house of Johann Baptist Homann.