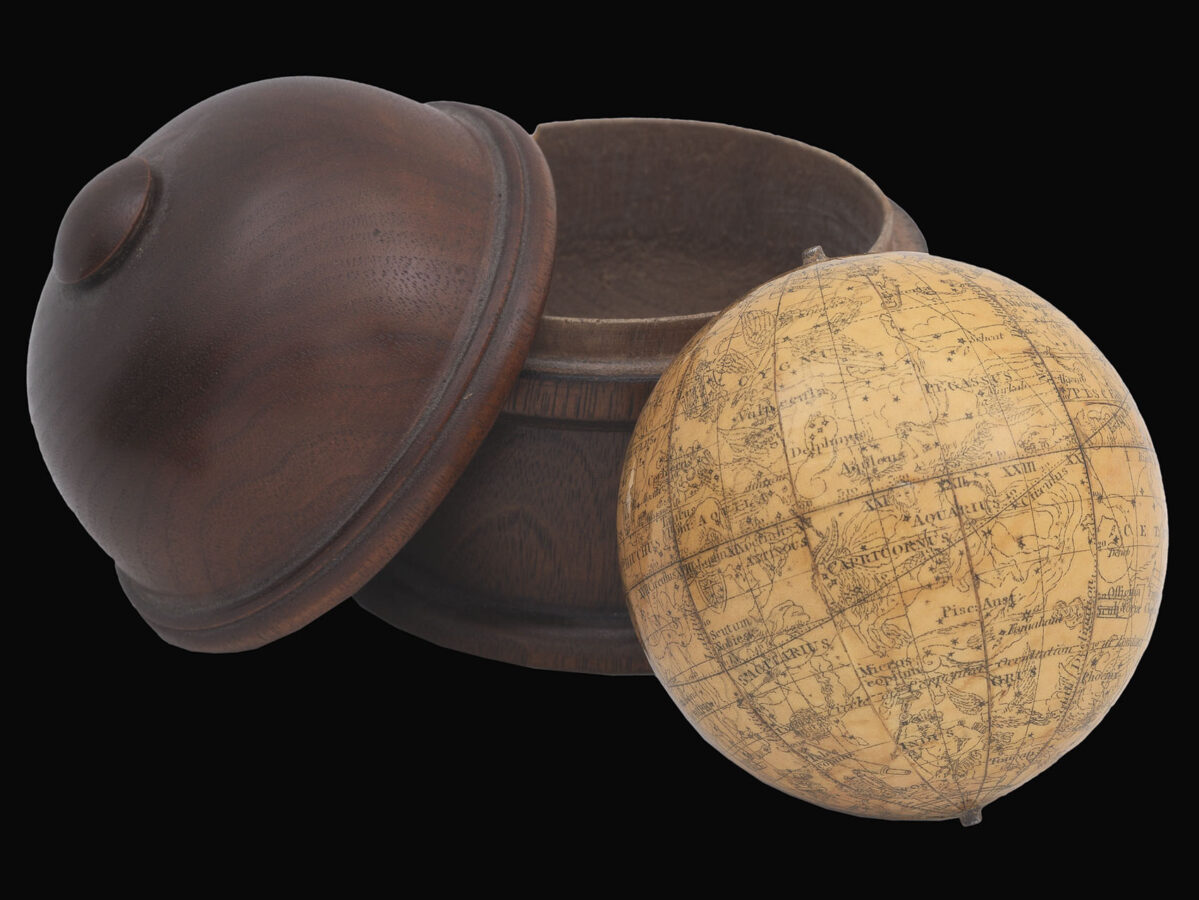 A fine example of Newton’s celestial globe from the middle of the nineteenth century.

Biography
During the first half of the nineteenth century the firm of Newton, together with Bardin and Cary, occupied a leading position in the manufacture of globes in London. The firm was established by John Newton (1759–1844) in 1783 and operated originally from the Globe & Sun 128 Chancery Lane, moving to 97 Chancery Lane in 1803, before settling at 66 Chancery Lane in 1817.

Perhaps the greatest triumph for the Newton family was the Great Exhibition of 1851, where, aside from the globes they exhibited from one to 25 inches in diameter, they were awarded a prize medal for a manuscript terrestrial globe of six feet in diameter.

Astronomy
The celestial cartography labels the constellations, which are depicted as mythological figures. The stars are represented by different symbols according to orders of magnitude and marked by the Bayer notation. A number of astronomical coordinates are labelled, including the ecliptic, north and south declinations, and the ​“Circle of Perpetual Apparition at London” and the ​“Circle of Perpetual Occultation”.