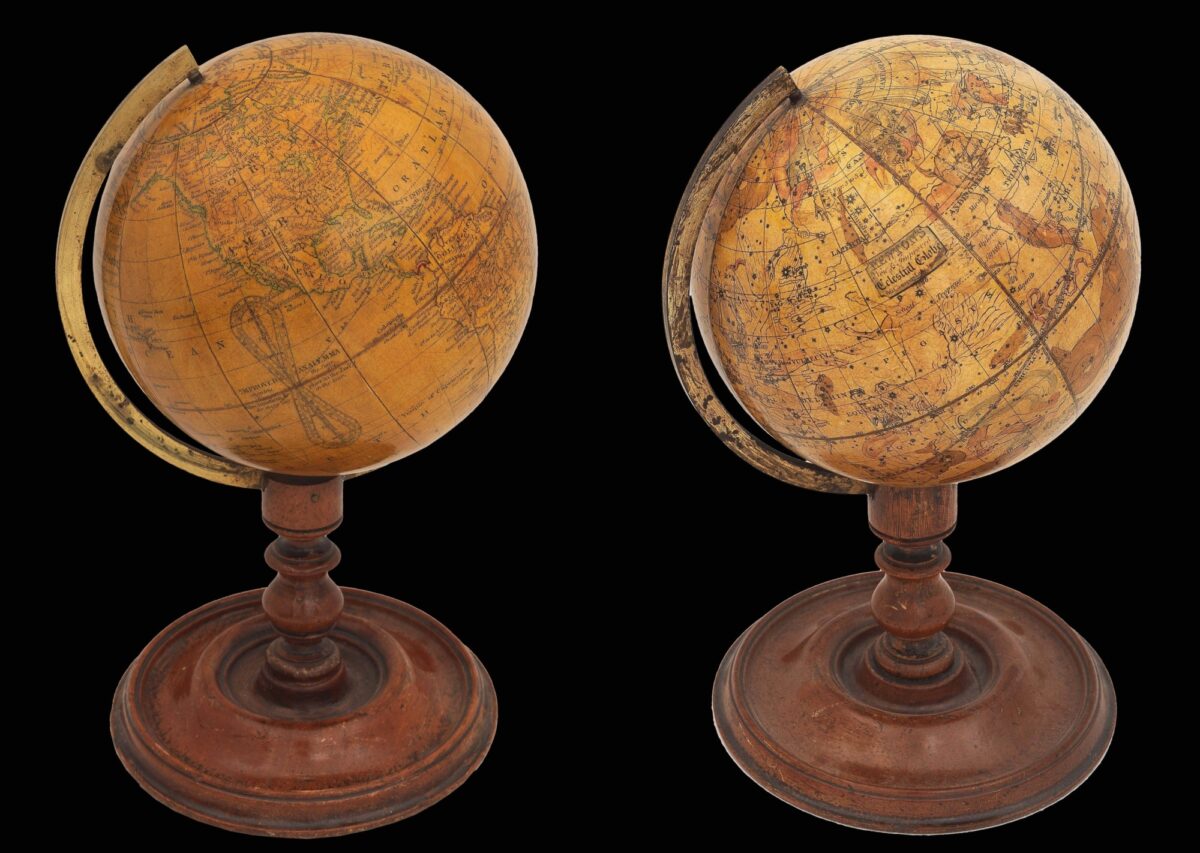 Geography
The cartography, given in English, is based on that of Newton’s previous terrestrial globes. The ​“Antipodes of London” is shown, and the South Polar Region is empty except for a notation that reads ​“Capt. Weddell reached this point in 1823”. To the west of America, there is a solar declination scale in the shape of an ​“8” to replace the ecliptic which is labelled. Eight oceans are named, and there is additional information provided in the South Pacific Ocean.