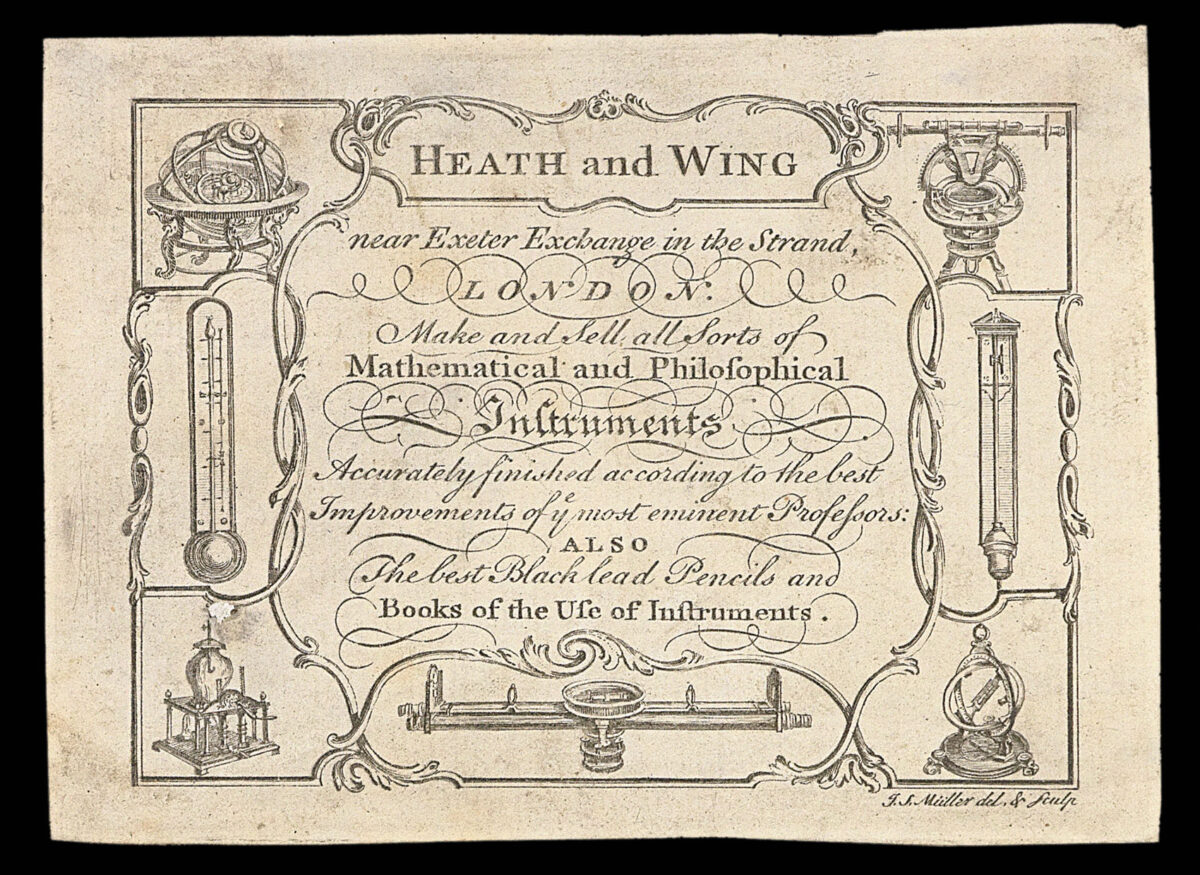 An engraved trade card for Heath and Wing

Heath and Wing near Exeter Exchange in the Strand, London. Make and Sell all Sorts of Mathematical and Philosophical Instruments Accurately finished according to the best Improvements of ye most eminent Professors: Also the best Black lead Pencils and Books of the Use of Instruments.

A rare trade card advertising the scientific instrument firm of heath and Wing.

What is striking about the text upon the card is the absence of the phase ​“scientific instrument”. The instruments that the firm made and sold are referred to as ​“mathematical and philosophical”, i.e. for the aid of mathematical calculations and for use in experimental philosophy (what we would now understand as physics). The use of the phrase ​“scientific instrument” would not be coined until the mid nineteenth century. One should also note the phrase ​“Also the best Black lead Pencils and Books of the use of Instruments” on the card. ​“Heath and Wing signaled the importance of printed literature related to instruments in the period; indeed, a number of prominent makers and sellers were engaged in producing and purveying books as well as instruments” (Taub). To the sides and below the text are images of scientific instruments, including a barometer, an armillary sphere, and a theodolite.

Thomas Heath (fl.1714–65) was one of the most notable instruments makers of the first half of the eighteenth century. he was joined in partnership in around 1740 by the younger Tycho Wing Jnr (fl.1731–81), a member of the notable family of mathematical practitioners, of whom the earliest was Vincent Wing (1619–1668).