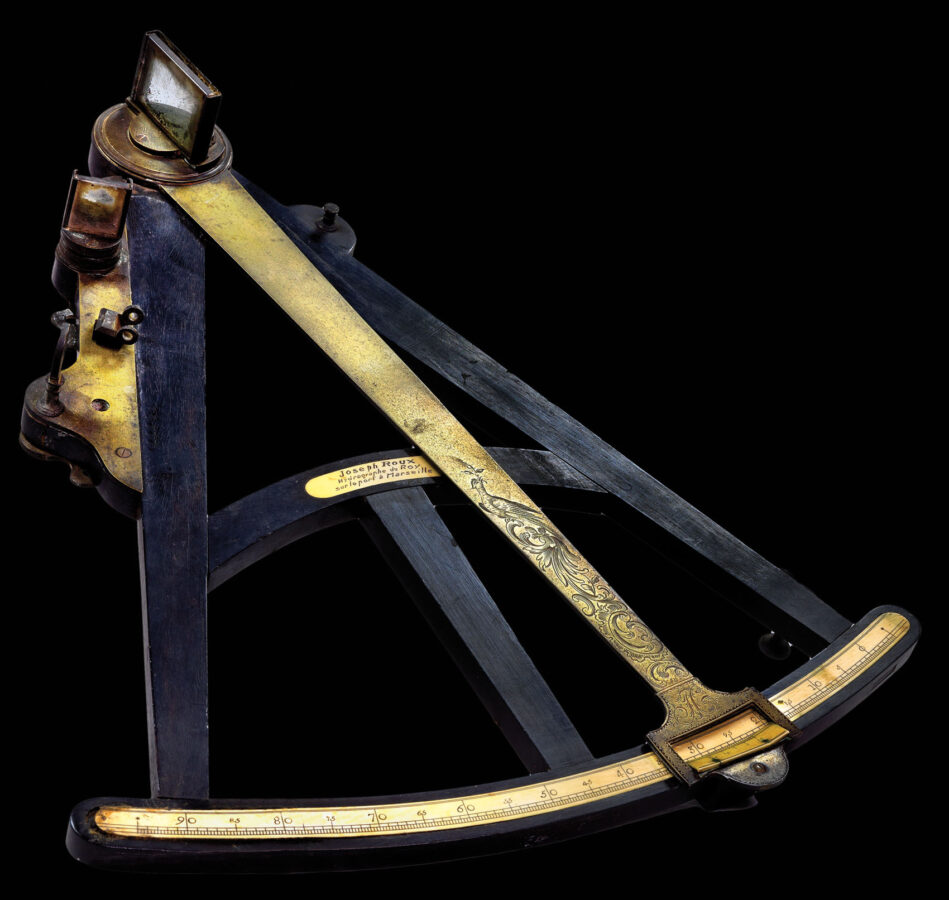 A lovely example of the work of one of the best-known French instrument makers of the eighteenth century. At the time, the octant was cutting-edge technology. France was the first country after Britain to start using the octant: the astronomer and explorer Louis Godin bought one in London to use on his voyage to the equator, and it was found to be more effective and easier to use than the traditional cross-staff. By 1759, pamphlets on the construction and use of the octant had appeared in France, and French makers began to produce them. As they were mainly made of wood and ivory, they were cheaper to produce than the solid brass sextant, and quickly supplanted all other navigational instruments.

Joseph Roux (1725–1793) was the patriarch of a family of instrument makers, hydrographers and marine artists, all living in Marseilles in the late eighteenth century. He was a highly successful maritime chartmaker, publishing a book of harbour charts which was reprinted well into the nineteenth century: a copy was used on the HMS Victory by Horatio Nelson. Roux was appointed royal hydrographer in the mid-eighteenth century.

There are octants by Roux in the Museum of America and the Sea, Connecticut, the Stewart Museum, Montreal, and the Mariner’s Musem, Virginia.